How Game of Thrones is like League of Legends

You are here: Home / Blog / How Game of Thrones is like League of Legends

In fact some of the champions in League of Legends are so alike some characters in Game of Thrones it's almost like a match made in heaven. We’ve had a long and hard thing about all the characters and managed to come up with a great list of similar characters.

Also known as Gregor Clegane, the mountain is a monster of a man and is known for his short temper and incredible strength.

Mordekaiser is also not to be messed with. He carries a huge mace around with him and swings it around like a madman. Although the mountain can't bring people back to life and enslave their souls. If these two met we’re not sure if they would get along like bro’s or fight to the death.

Also known as the Kingslayer, Jaime Lannister was born into a high class family with a lot being expected from him.

Jaime is pretty full of himself and think’s he's a good looking guy which is pretty much how Taric feels as well.

They both have long flowing locks and are full of pride and confidence. Whatever they want they get and they let no one get in the way.

After being taught by the first sword of Braavos, Arya became a keen fighter training in the style of fencing.

Fiora is known throughout the kingdom as the Grand Duelist. Her incredible speed and skill has brought her to where she is today.

Not only has Arya been training with a sword master but she’s also been training to be an assassin. If you wanted to watch a good fight then a duel between these two would be a must see.

When you think of a crazy wildling with red hair and a beard there’s only one champion that springs to mind… Olaf!

Olaf is a viking warrior that uses his rage and anger to unleash hell to his enemies.

Tourmond is a great fighter and has a lot in common with Olaf. If they ever got to meet each other it would be hard to tell them apart.

Queen Daenerys Targaryen, also known as Daenerys Stormborn, Breaker of Chains, Mother of Dragons and about other 10 names is one of most popular characters in Game of Thrones.

Now although dragon trainer Tristana has pink hair the one major thing they both have in common are dragons! Khaleesi is known for having her 3 loyal dragons she’s trained over the years.

But Tristana has her very own dragon in this skin and she uses it to deadly effect in game.

Annie is almost like a young Melisandre who has just started playing with fire.

And what does Melisandre and Annie both have in common? They both LOVE playing with fire!

Melisandre worships the Lord of Light and interprets the signs he gives through the flames.

Annie on the other hand is a pyromaniac and loves to burn everything and everyone as well as summoning Mr Tibbers for some fun every now and then.

Garen might be a weird choice for the famous Jon Snow but hear us out!

Not only does rugged Garen wear the same armour as the nightwatches but he also has the hair and beard of Jon Snow.

Jon is also known for his great combat skills and so is Garen. Going up against Garen in game can be a frightening challenge as you never know when he's going to release his ultimate.

Ok so apart from the small fact that Poppy is a girl, they both have the same height and ferociousness.

Do you remember when Tyrion lead the charge at the battle of blackwater? Well Poppy would have done the same if it was her!

They might be both small but they don’t let this get in the way of beating down their opponents.

Brienne of Tarth might be best known in Game of Thrones for her height and incredible sword skills. So good that she actually managed to beat the hound (which he will never let go).

When comparing her to League of Legends champions, there’s only 1 that springs to mind, it has to be Leona!

Although Brienne prefers not to use a shield in battle apart from that they are practically identical. If they were to recast Brienne as Leona in season 7 i’m sure nobody would notice.

Also known as Sandor Clegane, the Hound is the younger brother of the mountain. A giant of a man and a ferocious fighter the first champion to spring to mind is definitely Tryndamere.

Carrying his trusty sword Tryndamere is always on the lookout for a good fight and so is the hound. 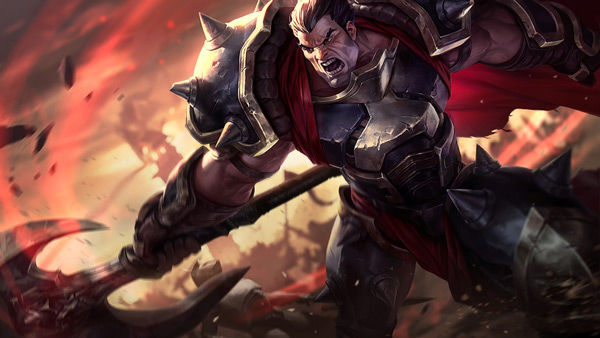 Bronn is the trusty sell sword that will do any job for a price (as long as it involves killing people).

Darius loves a good fight and is fuelled on by rage and determination.

These two actually have a lot in common even though even though they don’t look identical they share the same traits and love for fighting.

This pick is almost a match made in heaven. Nunu is the little guy who sits on top of the yeti and basically controls him and tells him what to do.

Now without giving away too many spoilers, this is basically what Bran does In Game of Thrones. Hodor is a giant of a man and carries Bran around with him at his command.

Since League of Legends has finished for the year you’ll have a lot more time on your hands now. Why not try a new role for a change you never know you could be the next Faker mid lane.

If you’re looking for a LoL smurf account then be sure to check out our store below. We offer a wide range of accounts from many different regions.