When it comes to the League of Legends ranked scene, most players care about 1 thing – winning. The ultimate goal for a LoL player is to climb to Diamond and become the envy of their friends.

95 per cent of LoL players will never get there, and this is probably quite an upsetting statistic; it’s one you need to be aware of though. Why are only 5 percent of people doing so well?

This is the question you should ask yourself, but you don’t need to – we’ve researched it for you and have the answers down below.

This post will help you learn how to stop tilting, what kind of Champions you should pick, and how to improve your play in general.

“Warfare” might be quite a strong word, but hear us out.

When you join a League of Legends match, morale matters more than you might think. A well-placed compliment can make a teammate feel great for the rest of the game – and if your team is happy, they’re going to play better.

Conversely, telling them to “uninstall or kill themselves” is going to result in them biting back at you, sending the whole team into chaos – or at the very least; They ignore you, but feel terrible about their plays.

With that said, let’s look at the two mind games you can employ to help you secure victory.

Compliment In Game, Rage Out Of It 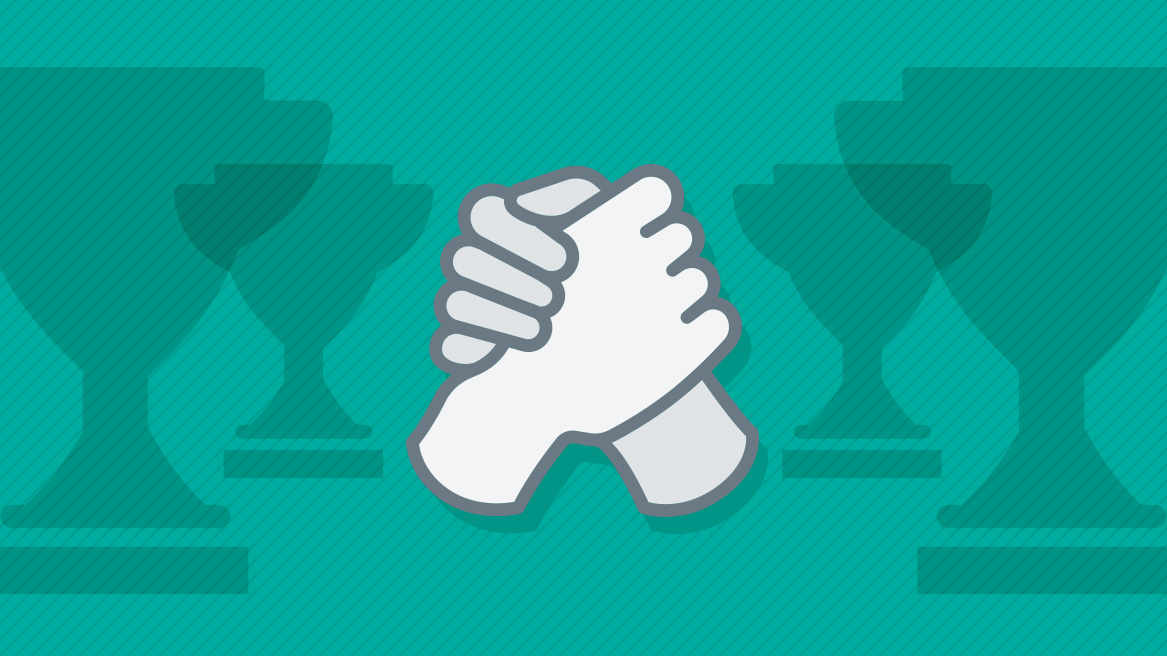 It can be hard to say nice things about your ADC when he’s 0/3, but saying “you suck” in game is a recipe for disaster.

You don’t have to bottle it up though, go ahead and say it out loud.

This will help you vent, without letting him know how much you loathe his existence. Raging might make the next part of this advice difficult, but swallow your pride and go with it. You have to compliment them.

If they’re dying a lot, why not say something like “Your CS is great Draven, especially since they’re playing such OP Champions.”

It allows Draven to transfer blame from himself to Riots balancing team.

And is his CS actually okay? If so, the compliment will make him feel good about himself.

You might be thinking “This seems like I’m kissing up/being backhanded.” Of course, you’re right. That’s exactly what this is.

Don’t baulk at this just yet though, because we’re going to let you in on a secret; Kissing up works reaaally well.

If Dravens feeding, why not say “Don’t worry about it man, once our Jungler ganks we’ll get you fed.”

Be careful though; if you kiss up too much it will start to feel like smothering – they will notice what you’re doing, and might even become angrier. All in all, be a nice person. Don’t be stingy with compliments, and never insult them.

Remember, no one got to Diamond without functioning teams, and if it’s you vs 9, you’ve got no hope.

Patting people on the back can lead to you becoming a nicer person too. The more you compliment people, the more natural it will feel, and you might find yourself doing it in real life more regularly (unfortunately our next step could undo that.)

A well placed “?” after an opponent does something foolish can set them on tilt for the rest of the game. You’ve got to be careful with this one though.

You only need a small amount of sass to create a mountain of salt. Simply saying “lol” or flashing your mastery icon when someone dies is usually sufficient. Overdo this, and what you’re doing can seem obvious – also, Riot might whack you with the ban hammer.

It’s a slow process, all you need to do is plant the seeds of anger and let it blossom into full-blown rage. There’s a decent chance that eventually their fury will spill over, and they’ll take it out on their own team.

You might feel a teeny amount of guilt at this, but remember – League of Legends is not an honourable game. When people are climbing the ranked ladder, sportsmanship doesn’t matter to them; only Victory.

And if you want to beat them, then you’ve got to be like them.

How To Mechanically Improve At League of Legends

Being a master manipulator is great. However, if you’ve got the mechanical ability of a bonobo, then it’s not going to get you very far. If you truly want to get good at League of Legends, then there are a few key points you should keep in mind. 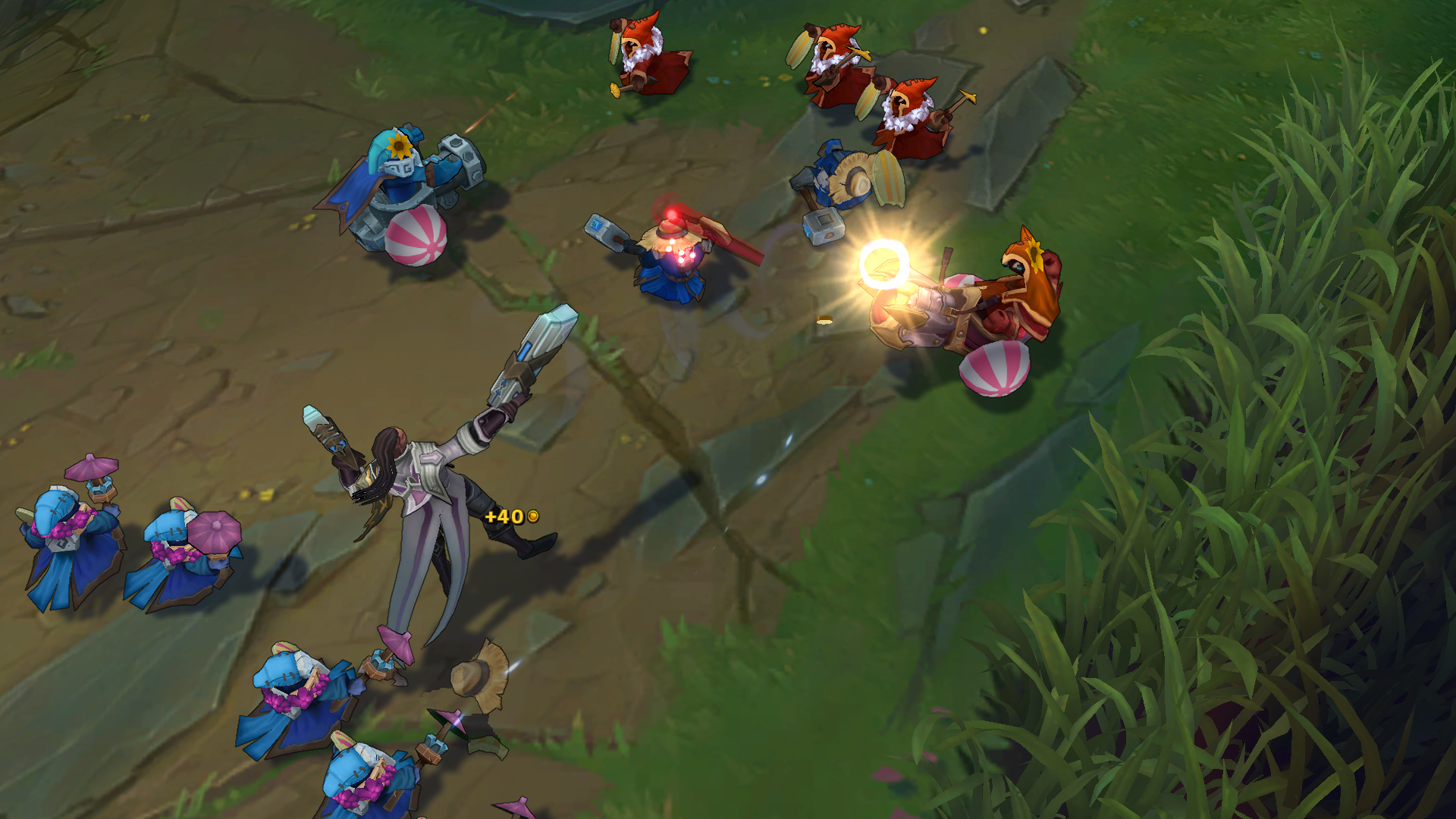 This is simply something you have to do – unless of course you main Jungle or Support, but the majority of you don’t play those roles on a regular basis.

We know, we know; It’s boring as hell. Trying to CS in practice mode against bots can be such a drag, after all, you gain no RP for it, so why bother? Because it’s an investment.

Start off CS’ing on your own, and slowly add a few bots – increasing their levels above yours as you improve. Doing this will get you used to CS’ing while behind, which is an event you’re going to have to experience regularly in ranked matches.

Practice CS’ing under the enemy tower, under your tower, while 1v2. There isn’t enough ways for you to practice this, but believe us, you’ll improve.

Think of LoL pro players as bodybuilders. You only see their defined bodies, and not the countless hours they put into hefting weights. If you want to get big, you’ve got to put in the effort.

If you’re in a low division, then stay away from Champions like Azir. He might seem fun, but without a lot of practice and understanding of the game, you’re likely to end up ulting the enemy tank into your carries.

Instead, start with Champions like Garen, Annie and Caitlyn. It’s also a terrible idea to pick Champions who rely on your teammates because half the time they won’t be there– and the other half of the time, they won’t realize what’s going on.

Of course, team reliant Champions might work if you’re playing in duo queue, but even then it’s not recommended.

Play the same Champion over and over, and eventually, you will become comfortable enough to climb to higher divisions.

You’re going to lose in LoL, no matter if you’re better than Bjergson or in the pits of Bronze V – it’s just a part of the game. However, it’s not the defeats that matter, but how you respond to them.

It’s easy to react in a certain way, a way that is almost guaranteed to make your elo plummet;

Humans have an interesting way of remembering the negative things that happen to us – let’s say you’ve been playing 4 games a day for the past month. All those defeats we’ve suffered are going to stick in our mind, whereas the games we carried are more likely to be forgotten – and this is worse if we’re on a losing streak.

We’ll see that we’re at risk of being demoted and begin to count our defeats. When we inevitably lose, it’s going to hit us hard.

The more we lose, the more our mood will darken. It’s a negative feedback loop that will see us in silver before long.

The best way to circumvent this toxic mindset is to get away from the game. Once you notice yourself yelling at your teammates in the post-game lobby, it’s time for a break.

A quick stroll through the woods might be enough to alleviate all your frustration – however, if you’ve been a resident of tilt city for a while, you might need to play something else for the rest of the day.

If you follow these tips, then you’ve got a great chance of reaching the elo you deserve!

Content Writer
Richard is our resident League of Legends player. He knows everything.
BUY SMURF ACCOUNTS BUY RARE SKINS
05/01/2023 • Corso
Top 6 Smurfing strategies for 2023
05/01/2023
Learn our top 6 smurfing strategies for 2023, written in cooperation with our coaching staff.
Read more...
29/11/2022 • Alistar Smyth
Before you buy a lol account from elitepvpers
29/11/2022
There's a good chance that if you're looking for an account in League of Legends, you've considered purchasing an account from ElitePvPers. You should be informed of the potential downsides.
Read more...
27/11/2022 • Alistar Smyth
How to see your LoL account's region?
27/11/2022
Learn what account region is and more than one way to check it.
Read more...