League of Legends Year In Review – A Look Back At 2018

2018 has definitely been a year to remember, and not all of the reasons to remember it are good. For instance, there are the allegations of sexism within Riot – followed by their attempt to make amends, which turned out to be another undeniable act of sexism.  It’s not all terrible though.

League of Legends is constantly undergoing updates and changes, and each year it gets bigger and better!  This year has seen a couple of tweaks that could change the way we play the game forever. 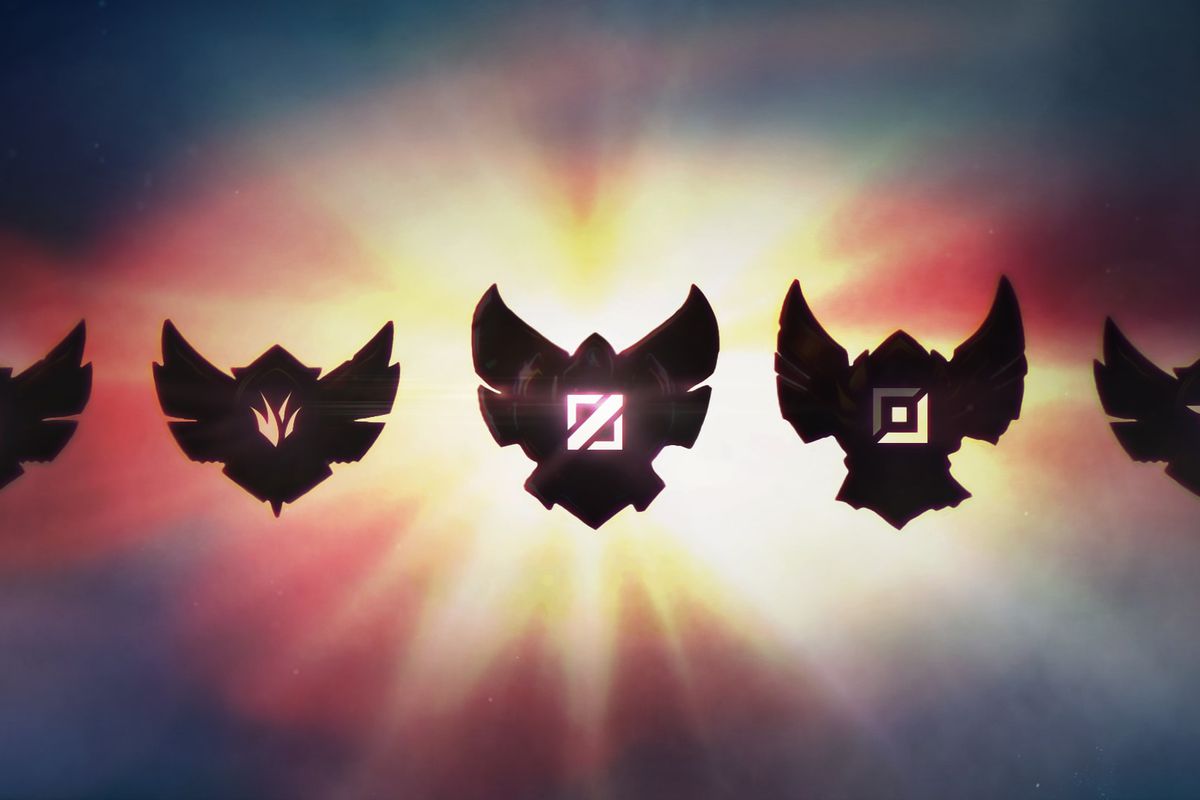 We know, we know, technically this doesn’t seem that big, since it’s yet to be released – Riot announced this change at the beginning of 2018, and throughout the year we’ve seen such an immense reaction from players, that it deserves a mention.

Currently, players are encouraged to main a single role. In fact, they are rewarded for going a step further and maining a single Champion! If you’re wondering why this is the case, it’s pretty simple:

You’re able to choose your preferred role, and if you happen to get stuck with support, well you can  always dodge. This leads to most people sticking to one main Champion, and perhaps knowing how to play one or two others, just in case their go-to gets banned.

Now here’s the issue; Players looking to play other roles competitively have to be prepared for their elo to plummet. Imagine only ever playing Jungle once or twice in your life, and then getting matched up against someone who has played nothing but Jungle – seems ridiculous, right? That’s because it is.

Fortunately, in 2018 Riot vowed to add individual rankings for each role! This means that when you get stuck playing Support, someone on the enemy team will also suck at their role! 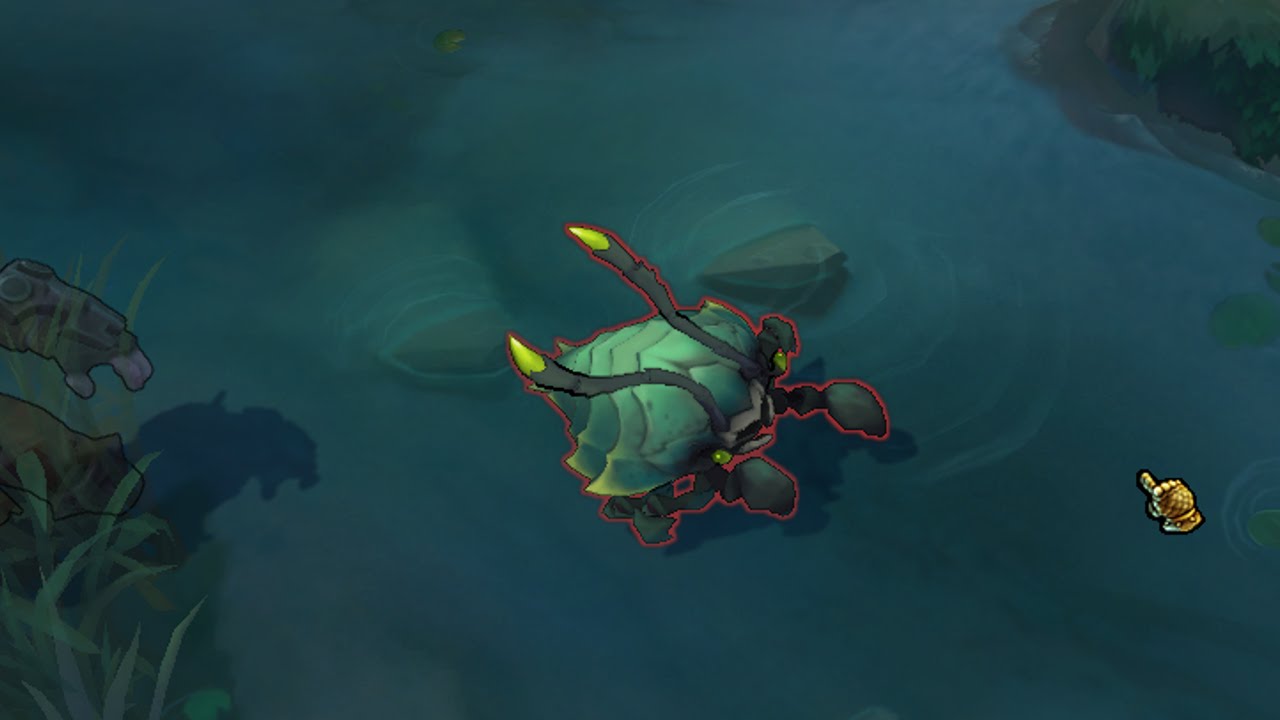 It wouldn’t be League of Legends if the Jungle didn’t get tweaked every year, and 2018 is no different!

Riot made it impossible for Junglers to hit level 3 off of 3 camps, meaning Junglers had to think outside the box to get anywhere. Understandably, any jungler who has a hard time during the early game is likely to get stomped on.

Strong duelists took the spotlight, and this became a nuisance for laners – of course, Scuttlers transformation into a walking money pouch also drew some ire – seriously, the amount of gold offered by a single Scuttler is pretty crazy – plus, the fact that it spawned randomly added an element of RNG to the game – which not everyone is a fan of. 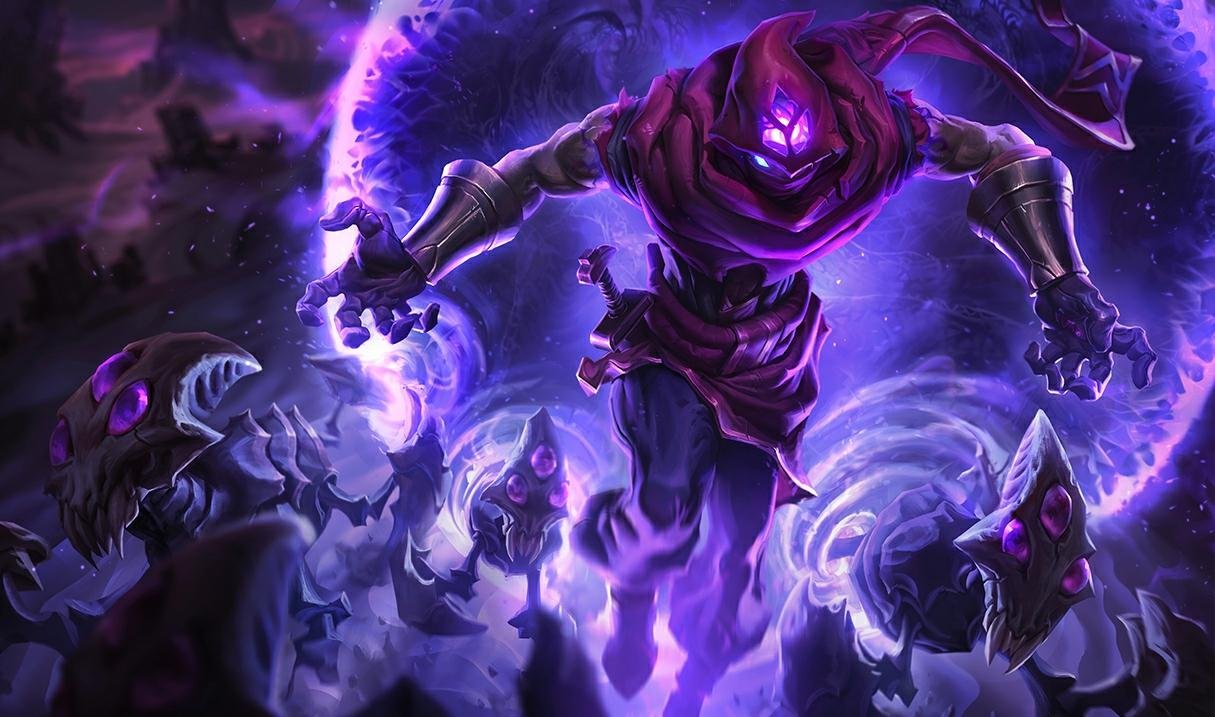 2018 has been another big year for mages, and an even bigger one for Doran’s Ring! For a start, it no longer gives base mana regen, and no longer grants mana when a minion is killed.

Now it grants you a flat 5 mana regen every 5 seconds. That might sounds measly, but it also received another sizeable buff;

Doran’s Ring now gives the wielder a +5 damage to minions. A boost that could mean the difference between killing a cannon minion, and kicking yourself for missing it.

Understandably, this is a change that impacted every mage imaginable – which is why so many of them received buffs to their mana, and mana regen. This is one of those changes that seemed small, but had lasting effects on the meta that continue to this day.

On top of that, many mage items were fortunate enough to have their AP increased This included: Lost Chapter, Rylai’s Crystal Scepter, and more! Other items also received minor buffs in different areas, such as price drops.

Riots intent with all of this was for mages to be able to hurl out a few more spells in the early game – and they succeeded, albeit with one slight drawback. Mages item builds are more similar during the early stages of the game.

Still, no one’s really complaining about getting more magic for their mana, so we’d say this one was a success! 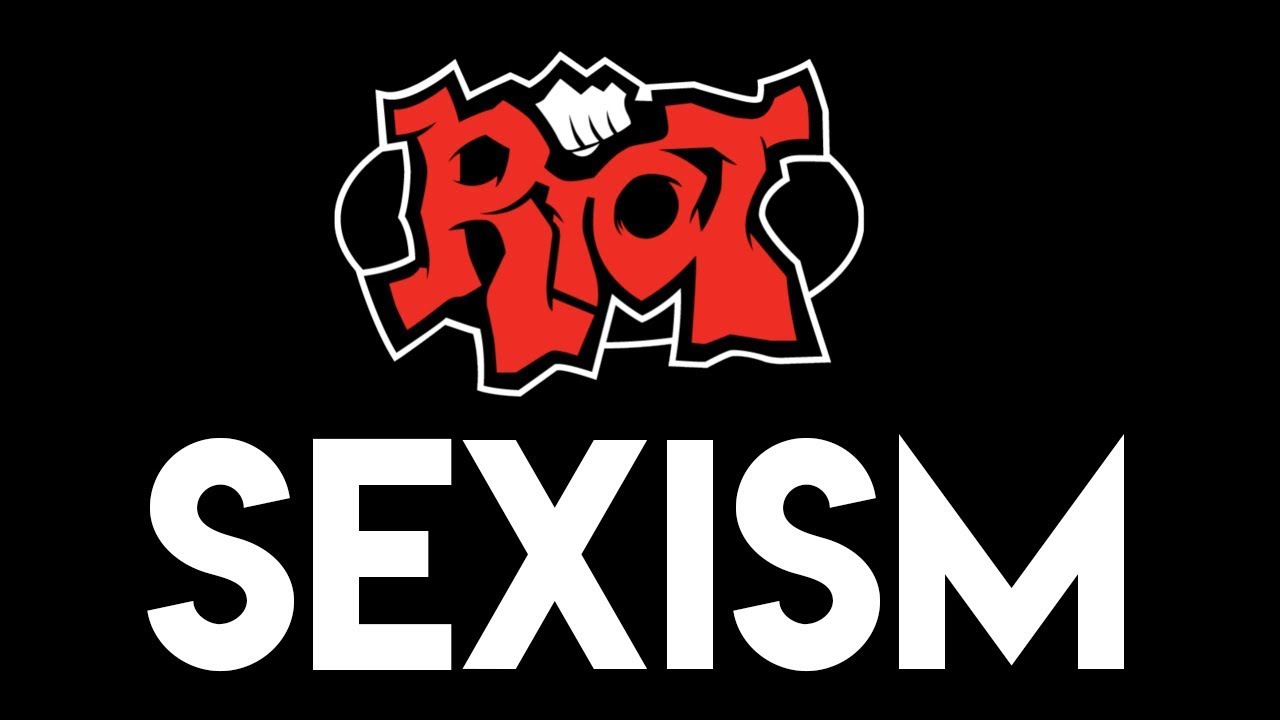 2018 had its fair share of sexism allegations, but none in gaming were quite as big as the ones that were made against League of Legends.

This was all triggered by one ex-employee of Riot who claimed that people had made unwanted advances – there were a few. She also found it impossible for her to get a woman hired into a leadership position, hearing such complaints as;

“Women are usually too punchy.”

“Most women are ladder climbers.”

Many other ex-female employees began to come out, discussing their negative experiences at Riot. This painted an image of a “bro culture” problem at Riot, and how did they react? With more sexism, of course!

The company decided to go from one extreme to the other. An event at PAX West was only available to women and nonbinary people for the first half (and the most interesting) but it didn’t stop there.

They then went on to defend their decision, assuming that because there are less women in gaming, it’s undoubtedly discrimination. Naturally, this angered the majority of LoL’s player base, who happen to be male. 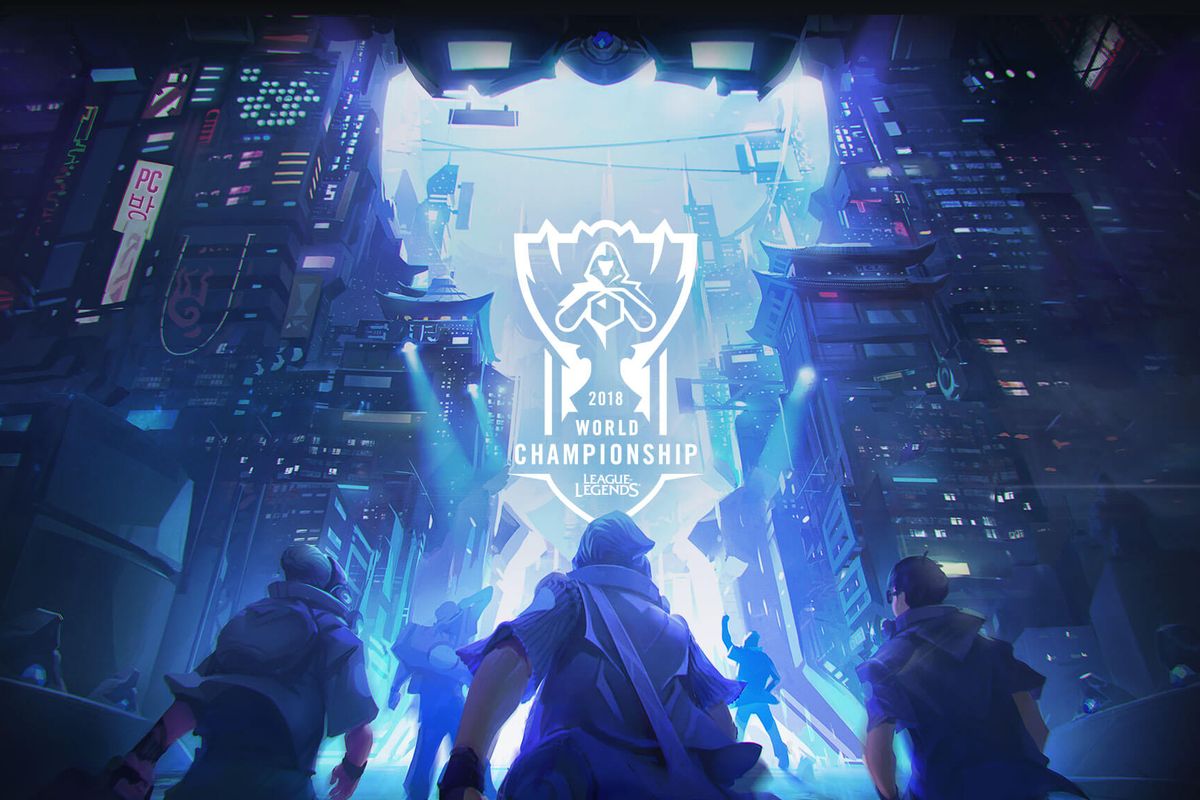 There was no shortage of upsets this year at the League of Legends World Championship!

For starters, SKT didn’t even make it to Worlds this year! The lack of such a large team grabbed people’s attention right away, and lead to them rearranging their team, focusing on building it around Faker.

The Korean win streak also came to an end when China’s Invictus Gaming stole the crown, and who could forget Aatrox’s redemption?

Throughout his existence, he’s been a risky pick at the best of times, and a troll pick at the worst – That all changed after his rework though.

He rose to prominence during Worlds, and has been stomping people since. Plus, it’s been a big year for the US.

Cloud9 made it to the semifinals! The Baron Nashor steal during the quarterfinals was epic, and it proves that the American eSports scene is only getting bigger!

More Skins Than Ever!

Each year, Riot releases more and more complex skins, but as they do, older skins fall away. Some skins cannot even be purchased in store anymore, and if you want some truly rare ones, we’re afraid you’re out of luck!

Unless you purchase one of our high end smurf accounts! Check out the store below to start your new year right!

Content Writer
Richard is our resident League of Legends player. He knows everything.
BUY SMURF ACCOUNTS BUY RARE SKINS
30/03/2020 • Richard Heimer
Star Guardian Urgot Is Finally Released!
30/03/2020
Star Guardian Urgot has been a popular meme skin for a long time, but now? It's finally purchasable in the Riot store!
Read more...
09/01/2020 • Richard Heimer
LoL Patch 10.1 Breakdown
09/01/2020
If you want to stay ahead of the game, then you've got to know the game. We've put together a list of the most important patch notes so that you don't have to!
Read more...
05/11/2019 • Richard Heimer
League of Legends Season 10 Updates, Changes, Reworks & More
05/11/2019
With LoL Season 10 right around the corner, we've created this guide that includes every piece of information you could ask for!
Read more...