The Best Darius Counter To Destroy Darius In The Top Lane

You are here: Home / Blog / The Best Darius Counter To Destroy Darius In The Top Lane

Darius is a super aggressive top laner that is known for dunking his enemies in lane and scoring plenty of multi kills. With his gap closer, damage over time and ultimate abilities, he has the perfect arsenal to destroy most champions. So what do you do if you’re up against him in lane?

Like all champions in League of Legends, everyone has a counter. If they didn’t then the game just wouldn’t be fun! To help you take on Darius in the top lane, we’ve put together a list of the best Darius counters.

The next time you’re up against him in lane, you’ll know exactly what champion to pick to send him running.

Who Are The Best Darius Counters?

There are currently quite a few Darius counters in game. The difference between a good counter and just another kill for Darius is often the champions abilities. As you’ll soon see, a lot of Darius’s counters have a lot in common which each other. 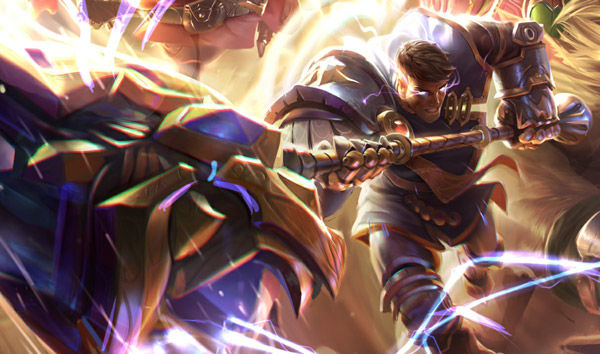 The first counter on our list is Jayce, the hammer-wielding hybrid. In just a touch of a button, Jayce can go from pounding people with his hammer to attacking them from afar. So just what makes Jayce so good?

The beauty of Jayce is that he is both a ranged and melee champion. Unlike other ranged champions, he doesn’t lack the health or defense that they often struggle with. This means while in lane Jayce can harass Darius in his cannon stance while switching to hammer stance later on if required.

Jayce also has some good escapes up his sleeve for when he gets into trouble. His Thundering Blow ability in his Hammer Stance deals damage and knocks the enemy backwards. In addition to this, he also has Acceleration Gate which grants bonus movement speed when passing through it. Perfect for escaping enemies or chasing enemies.

Combine all of this with her durability and Jayce is a very strong Darius counter. 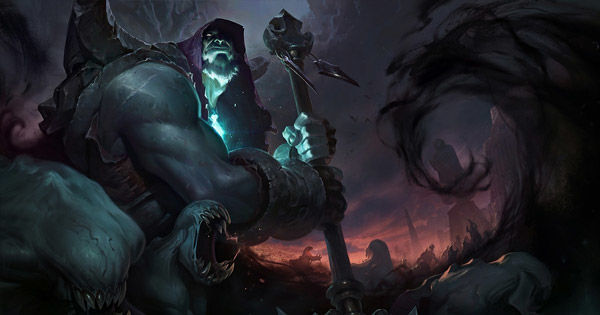 Next up on our list of Darius counters is Yorick. This wildcard has plenty of tricky abilities that Darius can struggle with including summoning minions and snaring him. Not only can apply lots of crowd control to Darius, but he can also poke him to death in lane with his abilities.

This makes it incredibly hard to Darius to play against as he’ll eventually have to dive or risk being poked to death. Yorick’s “Last Rites” ability is a useful ranged ability that allows Yorick to deal damage within a 225-yard range. This basically means Yorick can deal damage to Darius without having to risk being struck by Crippling Strike.

Another useful ability Yorick has is Dark Procession. After a delay, Yorick summons a circular wall of spirits which enemies can’t walk through. This is perfect for snaring Darius and using Last Rites without being attacked. It can also be used as an escape if Yorick needs to disengage and switch to his ranged attacks.

Finally, to make things even trickier for Darius, Yorick can also use his Mourning Mist to deal ranged damage. In addition to all of this, Yorick is also somewhat tanky and can take a lot of damage. 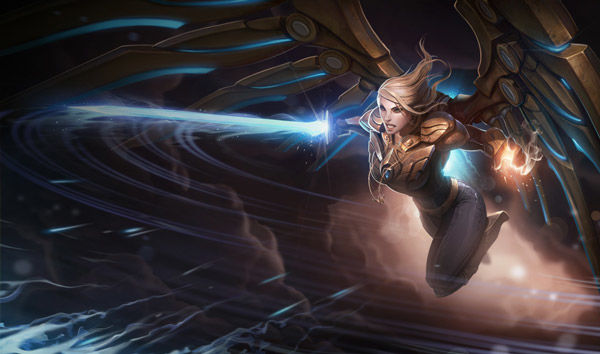 Continuing with our Darius counters list, we have Kayle. This holy warrior can not only dish out lots of damage, but thanks to her ultimate can also become invulnerable. Not only is that a nightmare for Darius, but it's also a nightmare for anyone against her.

Kayle might be a melee champion, but when activating her abilities, it quickly becomes a different story. When activated, Righteous Fury gives Kayle additional range and bonus magic damage on all of her attacks. As we’ve covered before, ranged attacks are not good for Darius as he can easily be kited. The only skill he has against it is Apprehend which has a 24-second cooldown at rank 1.

In addition to the ranged damage Kayle can dish out, she can also use her Reckoning ability to deal ranged damage. Not only does this deal damage but it also slows the target down by up to 55%. This is great when trying to escape or catch up with Darius.

To make things even harder for Darius in lane, Kayle has a really useful heal which also gives her increased movement speed. This means if Kayle happens to get caught out in lane she can just simply heal herself without having to base. It can also be used as a handy escape.

To avoid Darius’s ultimate, Kayle can use her own ultimate to make her invulnerable for a short period of time. This gives her a precious few seconds in which can be the difference between winning and losing a duel. 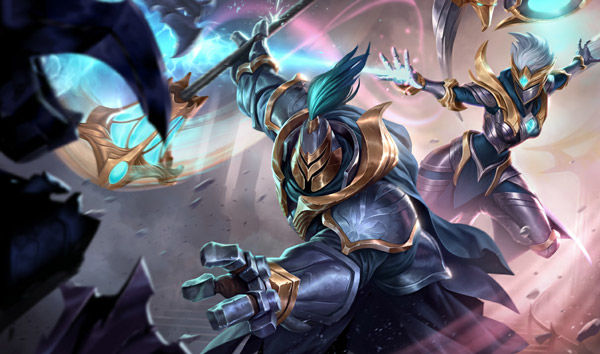 Who would win between a lantern or an axe? Surprisingly the axe! Jax is a master of arms, and when it comes to 1v1 situations, Jax has plenty of tricks up his sleeves. From an amazing gap closer to increased defenses, Jax can dish out the damage as well as take it.

The reason that makes Jax a great Darius counter is his passive. After successfully landing a basic attack, Jax will gain increased attack speed for a short duration. This means after stacking it for a while, Jax will have incredibly fast attack speed. Combine this with the right items, and you have a wrecking ball.

To help Jax engage and disengage fights in lane, Jax has a really useful gap closer called Leap Strike. This ability allows Jax to jump to any target unit or ward including allies and minions. This can be useful when trying to get into the action or when trying to escape.

Jax also has a very deadly Counter Strike spell that not only blocks incoming damage, it also stuns and damages enemies in the area. This spell is a nightmare for Darius as it stops him from doing damage and he has to escape unless he wants to be stunned. The stun gives Jax precious seconds to output his damage.

As you can see, with the right build, Jax can cause a lot of trouble for Darius. His high mobility, burst damage and high defenses make him a great Darius counter. 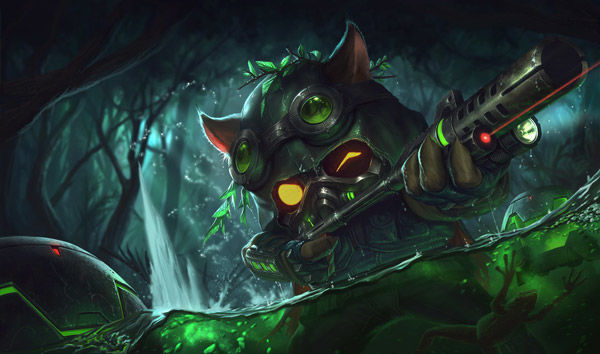 Last but by no means least on our list is Teemo. This annoying little champion can cause nightmares for every top laner including Darius. With his Blinding Dart, pesky mushrooms and poisonous damage, just when you think you’ve escaped Teemo he always seems to reappear.

The first major ability Teemo has in fighting Darius is his blinding dart. This dart not only deals damage, but makes the target miss 100% of attacks up to 2.5 seconds. It can also be used as an effective poke considering the range is 580 units while Darius’s apprehend is only 535.

If Teemo does happen to get caught by Darius, then he can always activate his sprint which grants him double movement speed. This speed boost can often be the difference between surviving and dying.

Finally, we can’t forget one of Teemo’s most annoying abilities, his mushrooms. These deadly things are great at kiting enemies and dealing extra damage. Placing these strategically in lane is a great way to force Darius to play defensive. If you’re feeling brave, then you can always lure him into then.

Now that you know the best Darius counters in game, there’s nothing to be scared of. The next time you’re faced with Darius in the top lane, you’ll know exactly which champion to pick.

Content Writer
Richard is our resident League of Legends player. He knows everything.
BUY SMURF ACCOUNTS BUY RARE SKINS
05/01/2023 • Corso
Top 6 Smurfing strategies for 2023
05/01/2023
Learn our top 6 smurfing strategies for 2023, written in cooperation with our coaching staff.
Read more...
29/11/2022 • Alistar Smyth
Before you buy a lol account from elitepvpers
29/11/2022
There's a good chance that if you're looking for an account in League of Legends, you've considered purchasing an account from ElitePvPers. You should be informed of the potential downsides.
Read more...
27/11/2022 • Alistar Smyth
How to see your LoL account's region?
27/11/2022
Learn what account region is and more than one way to check it.
Read more...