Get 10% off on your first order with code - 1stOrder

A Simple League of Legends Guide for ARAM

You are here: Home / Blog / A Simple League of Legends Guide for ARAM

Hate it or love it, ARAM has been with us for a while and if you haven't played it before then you better start now! ARAM might be a quicker and more casual game but that doesn’t mean it isn’t full of action and strategy. There are so many things you can learn from playing ARAM such as skill shot dodging, engaging and team fighting, ARAM can be great for every level of player.

In this League of Legends guide we’ll be covering all the aspects of ARAM and how to greatly increase your win rate.

ARAM stands for “all random all middle” and was released in May 2013 on a new map called the Howling Abyss. This map differs greatly from other maps in League of Legends as the most obvious thing is it only has one lane! So what are the other main differences of the map? 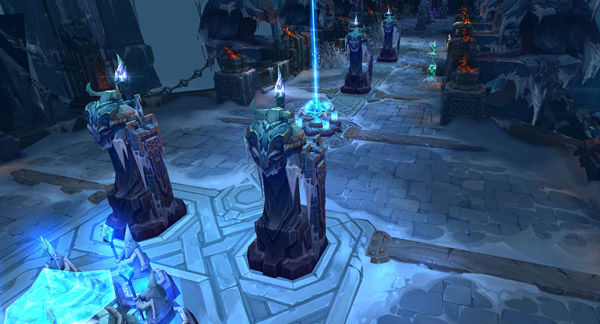 Due to the Howling Abyss being a completely different map for a unique game mode there are some really big changes that you might not be used to. First there are only 2 towers before the inhibitor compared to the usual 3 on summoners rift. This means the game length in general is a lot shorter as there are less objectives.

The average time for a game is usually around 20 minutes and surrendering a game is actually very rare. Another major change is the fact that the base doesn’t heal champions when you return to it. The only way to heal yourself is through health potions, life steal or from picking up the health relics that spawn all over the map. There are 4 health relics that give health and mana to any player who picks them up. They initially spawn at 3 minutes into the game and then every 60 seconds after. There are also a few bushes scattered around the map with the 2 main ones in the middle. 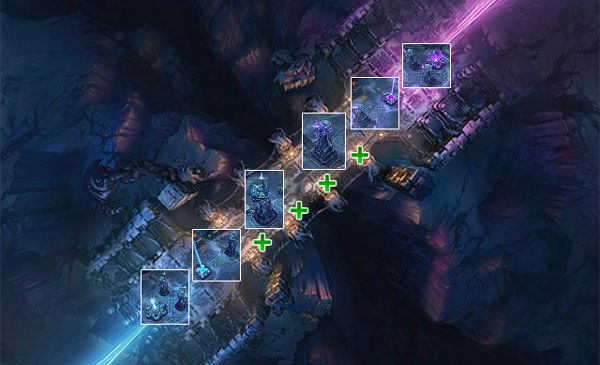 The objectives for ARAM are fairly simple, destroy the enemy's Nexus before they destroy yours! It might sound simple, but teamwork and team fighting is very important. If you all dive in one by one you will instantly be slaughtered. You need to work together to secure kills and take down the enemy’s turrets. 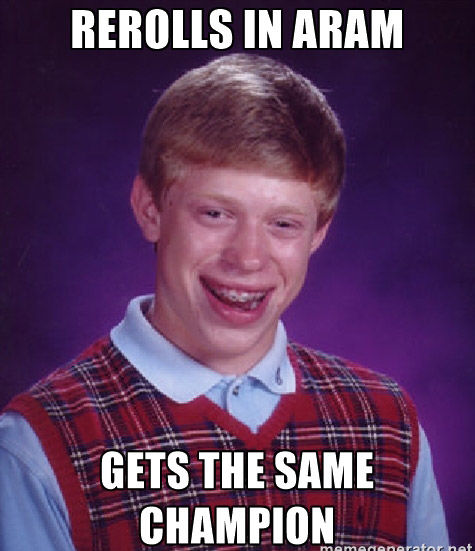 Compared to other game modes ARAM is random and you don't get to choose which champion you select. When you first join the lobby you will be randomly given a champion from the free champion rota plus any you own. If you don’t like the champion you are given then you can try and swap it with another player (if they have the champion unlocked) or you can re-roll. To earn a re-roll you must play a certain amount of ARAM games before you save enough points. Re-rolls are capped at 2 but use them wisely, if you roll and the group disbands a group you won’t get it back.

Once you enter the game you will automatically start off at level 3 and will be granted 1400 gold to spend in the shop. Once you leave the shop for the first time you won’t be able to purchase items unless you die, so make sure you buy the right items! You also passively gain XP and gold whilst playing the game so last hitting minions doesn’t matter as much, but those who do will receive more gold.

The best champions for ARAM is a League of Legends guide within itself and would be too long to cover here. Basically any high damage ranged champ is normally the favourite over melee tanks.

Before you even start the game having a good team composition is essential. Games can be easily won if you have the right champions on your team. Here’s why.

Poke is an important factor in your team's composition. If you don’t know what poke is then it’s a certain champion that has long range spells that can damage enemies. Using these spells allows you to “poke” an enemy until their health is low and they either have to back off or your team dives them and they die.

Can you imagine 5 melee champions playing against 5 ranged champions? The ranged champions would simply keep hitting the other team until they were all on low health. This puts the melee team in a bad situation, to do damage they need to get close to them without them running away. This is why team composition is so important. 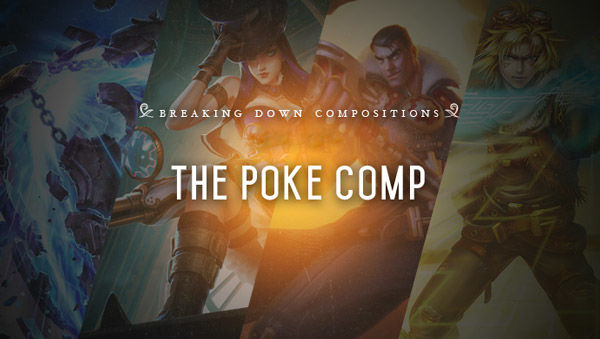 A tank can be very useful in these compositions for stunning and disabling enemy champions while soaking up some of the damage. This allows the high damage squish champs to focus on killing the rest of the enemies. If you only take one thing away from this League of Legends guide, then it should be that poke composition teams are the easiest to win with.

If you don’t have champions with lots of poke then you likely have a dive composition. This type of team composition is slightly harder to play but it’s still possible to win. With dive compositions you have to commit more to fights when fighting the enemy. This means if one of your teammates gets caught or runs in to attack, your whole team has to follow through or else they will just die and it will be a 4 v 5.

Teamwork and team fighting is even more important when you have a dive composition. If you can’t help each other out and attack at the same time then you’re going to have a bad game full of salty rage. If you want to win with a dive composition be sure to focus on your team members and what they are doing. If they need help you better help them!

Jump In The Action

We hope this League of Legends guide gave you a good insight into ARAM and how to win. If you want to play ARAM on League of Legends but don’t have the champions then why wait? Get an unranked smurf account today and jump straight into the action. To view our range of multi-national accounts be sure to visit our store below.