Let’s face it, League of Legends has been around for a while now, and since its release, many items have come and gone. But can you name any removed league items off the top of your head?

Some items that you thought had been removed have actually been merged or changed into brand new items without most people realizing it. So even if they’haven't technically been removed from the game, they’re still completely different.

To jog your memory and give you a blast from the past, here are some old League of Legends items that have been removed from the game. We're pretty confident that you've most likely forgotten about these!

Removed items are just past memories for many LoL players. But don’t feel sad, many removed items have actually been tweaked, and are now much more balanced. Some say they’re actually version 2.0 of certain items, which means they're even better than their predecessors! To show you what we mean, here are some of the most classic items that have been removed from LoL in the past. 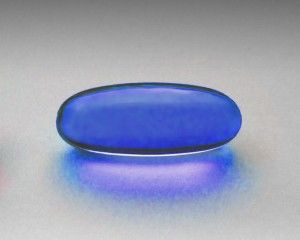 Recalling is an important feature of League of Legends and allows players to teleport back to their base after a short wait. But did you know that before the recall ability existed players had to buy an item and use it from their inventory?

Before the recall ability was a thing, players had to buy the “Blue Pill” from the store which required the player to activate it to return to base. This concept was very similar to  DOTA, where players have to purchase town portal scrolls in order to teleport back.

Riot must have decided it was too similar, and they wanted to do something new, hence, removing the item and replacing it will the recall ability. Either that, or Morpheus wanted his blue pill back.

If you’ve ever looked at the consumables page in the store then you’re probably aware of the 3 elixirs you can buy. Currently, the three elixirs you can buy in game are the Elixir of Iron, Wrath, and Sorcery, but did you know there used to be others?

A long time ago in 2012, there used to be several more elixirs, such as the elixir of Agility, Brilliance, Fortitude, and Ruin. These elixirs provided players with various buffs that made them even more powerful in game. From additional ability power, increased attack speed and extra health, these elixirs might sound like the ones in the game now, but they are entirely different. These newer elixirs come with additional bonuses that the originals didn't include. From added Tenacity to AP, these new elixirs are basically improved versions of the older ones.

These old Elixirs, such as the Elixir of Agility was removed because it primarily benefited AD carries that already had a lead, often making them unstoppable. Riot thought this was very unfair, and that elixirs shouldn't be a massive snowball tool. The Elixir of Agility and its family were eventually removed, while newer versions of them all were released into the game. 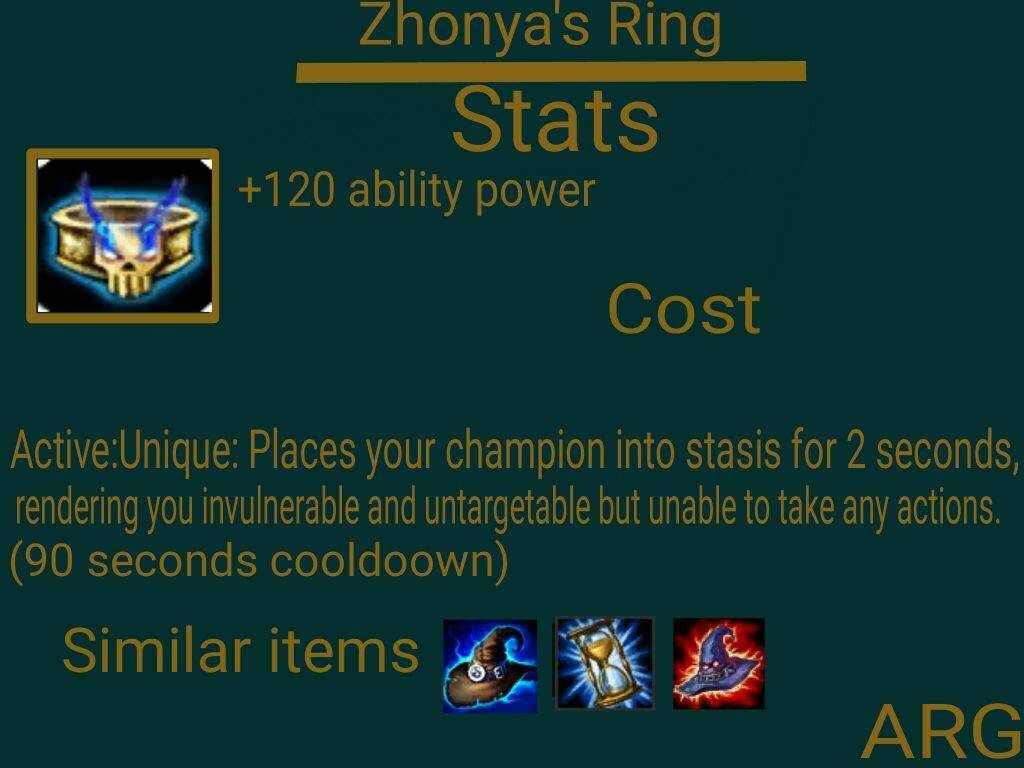 This was the go-to item for any mages. Not only did it provide exceptional offensive capabilities, but defensive abilities too! Here’s how;

Zhonya’s Ring, as the name suggests, had the ability to place champions in stasis – just like the Zhonya’s Hourglass we know and love today! A strong ability in its own right, but it also carried the properties of another iconic item: Rabadon's Deathcap. You might think this sounds a little OP, and that’s because it was.

It managed to make it to January 4th 2011 before getting the boot though, a surprisingly long length of time! These days, you have to buy both individual items if you want the benefits – although, you can still pick up Zhonya’s Rings spiritual successor on a certain map.

If you’re one of the few people who still plays Twisted Treeline, you can pick up the Wooglets Witchcap! It’s just like Zhonya’s Ring, only with less AP and +20 Armor.

Sword Of The Occult 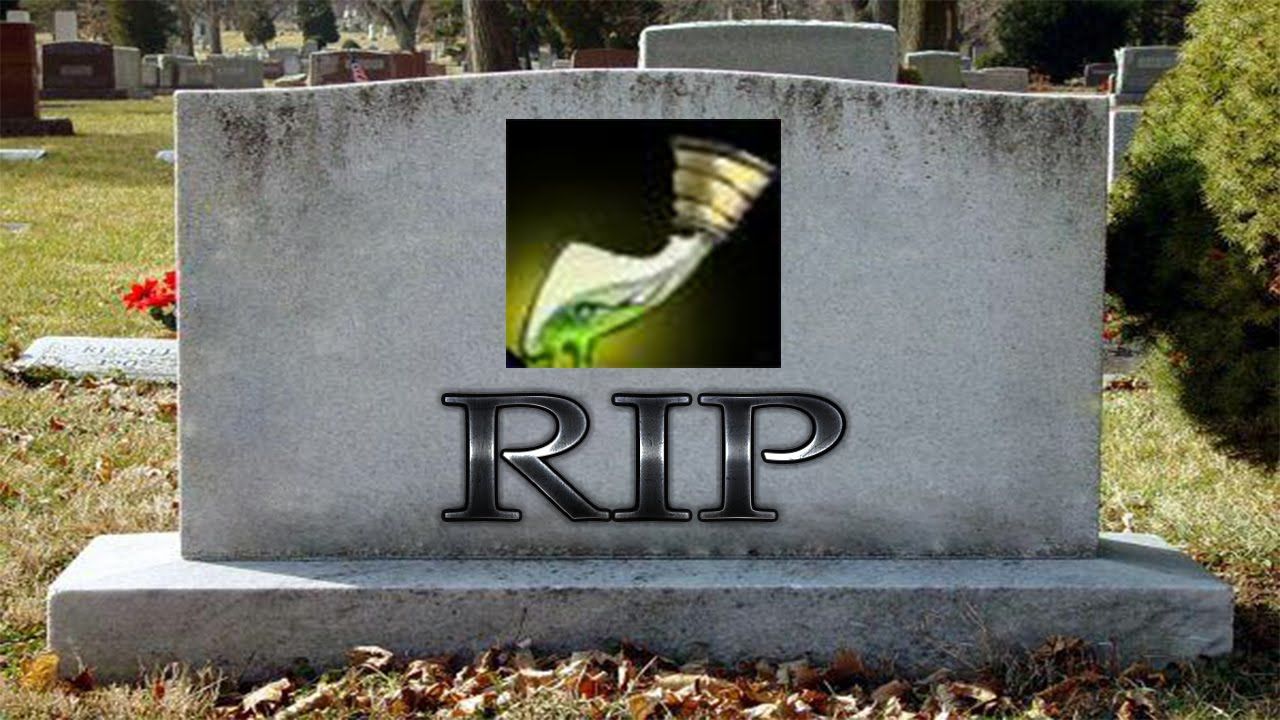 Think of this item as the AD version of Mejai’s Soulstealer. In fact, Riot originally planned to rework it along with Mejais – You can even find the reworked stats online!

However, it proved trickier than reworking Mejai’s. Although the item was near useless without any stacks, all an ADC would have to do is autoattack in a teamfight, and they were guaranteed at least 5 stacks (provided they didn’t die.)

This lead to them snowballing incredibly hard, especially if they had already dominated their lane. A fully stacked Sword of the Occult offered more AD than any other item in the game! 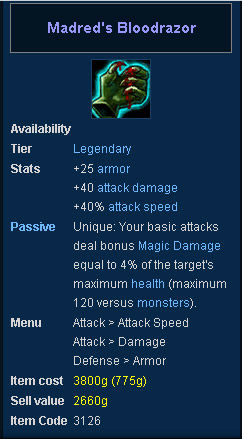 This items release in 2009 was popular with a lot of DPS champions due to its unique on-hit effect. The item dealt 4% of the target's maximum health in magic damage, whilst also increasing attack speed by 40%. In addition to this it also increased attack damage by 40 and armor by 25.

Ultimately the item was removed because it gave too many stats and it's on-hit damage was magic damage. This made it hard to use in an effective item build that works well with auto attacking champions. The only champion that really made use of the item was Warwick. Although the item was removed it spawned the birth of the Blade of the Ruined King, which as we all know is still in the game today. Even though the on hit effect is very similar the main difference is that it’s now physical damage instead of magical.

As you can see, Riot do learn lessons from removed items and make sure not the repeat their mistakes in the future.

This legendary item released in the first patch of the game was a powerful item used by burst DPS champions such as assassins. For those of us that remember it, you’ll know how brutal it was to be on the receiving end. In a single second the item would remove 15% of a player's HP, and then apply a debuff that increases all magic damage taken by 20% for 4 seconds. Champions like LeBlanc benefitted greatly from this, as it allowed players to burst down enemies with ease.

Eventually, the item was removed due to it being misused in game. Originally the item was made to try and help assassins and mages deal with tanks. But players in the game had a better idea; Use it to one shot squishy champions. This pretty much ruined the game for everyone and made people play squishy champs very defensively, giving rise to the Guardian Angel meta.

Since the removal of the item, a new burst AP item has been introduced. Luden’s Echo is now the new go-to item for burst AP champions and offers a 10% damage bonus on the first spell used. This helps AP champions deal more damage without allowing other champions to take advantage and misuse the item.

Some items are just too good to delete completely. Instead, they just need a bit of re-tweaking in the Riot labs. These items were too good that Riot just couldn't say goodbye and instead tweaked them and gave them a new name. Here are some of the best re-branded items.

This support item was the foundation for many champions builds back in the day. The unique passive “valor” gave 7 health to all nearby champions every 5 seconds. If you were a support champion then this was something you definitely wanted to help your team. The item was available in game for years until one day Riot decided they wanted to remake the whole support role.

The changes included many new items and adjustments the most notable being the introduction of the Relic Shield. The Relic Shield replaced the Emblem of Valor on the new update and changed the way support was played. This new item required support champions to actually last hit minions in order to heal your teammates. This was a big change from the passive regen from the Emblem of Valor but Riot thought it was a new direction for the support role, hence why they changed the item.

Released on original launch of the game Kage’s Lucky Pick was a support item that provided ability power, base mana regeneration and gold per 10 seconds. Mainly used by support champions the item provided a range of stats which was exactly what support champions needed.

Since then the item has been renamed to just Frostfang, maybe it wasn’t as lucky as some of us thought after all. The stats for the item have also been slightly changed over the ages in order to update it to the latest patches. Although the item has a new name it's still basically the same old item just maybe not as lucky!

The Philosopher’s stone was an item that was released way back in the alpha stage of the game and was available in game for a long time. The item provided the player with regeneration stats such as mana and health as well as cooldown reduction.

For whatever reason the item was renamed to Nomad’s Medallion with a few changes on the amount of regeneration. Maybe Riot received a cease and desist order from a certain wizard which caused them to rename it.