You are here: Home / Blog / How long does it take to download LoL?

Ever since the release of League of Legends, the game has constantly grown and been updated over the years. With many graphics reworks for champions including the whole game itself, it’s no surprise the size of the game has increased.

Every few weeks Riot release a new update first on the public beta environment for players to test before finally putting it live on the real servers. These updates make lots of changes to the game including new champions, skins, models, and reworks.

All of these small additions every few weeks cause the games size to increase which means it takes longer to download and takes up more space on your computer.

So just how big is League of Legends and how long does it take to download?

How Big Is League Of Legends?

Currently, it requires around 6.5GB of bandwidth to download League of Legends. Once the files have been downloaded and installed on your computer, the game will take up around 14GB of space.

This might seem big, but compared to other games such as World of Warcraft (70GB) and StarCraft II (50GB) it’s considerably smaller.

How Long Does It Take To Download League Of Legends?

Before we find out how long League of Legends takes to download, let’s have a quick look at internet speeds and connections. Depending on what country you live in will determine your download speed.

Many companies will easily offer customers 20 megabits per second with some being able to provide up to 1000 mbps or beyond. But what exactly is a megabit and how does it affect your download speed?

Often abbreviated as mbps, megabits are the way internet companies advertise their connection speeds. Not to be confused with megaBYTES, megaBITS are an entirely different unit of measurement.

1 megabit equals 0.125 megabytes, with this in mind you can work out it takes 8 megabits per second to download at 1 megabyte per second. Since every file is stated in megabytes and not megabits, this is very important to know.

Of course it's no good having a super fast connection if your PC can't handle it. We recommend checking out 25pc.com to make sure your rig is up to scratch. Now you understand the difference between megabits and megabytes let’s see how long it takes to download 6.5 GB.

If your internet speed doesn't happen to be on the list, then you can always use this useful tool to check how long it will take you to download League of Legends.

If for whatever reason you haven’t downloaded League of Legends or need to install it on a new computer, then you can find it over on their official website. Be sure you select the right operating system and region before downloading! 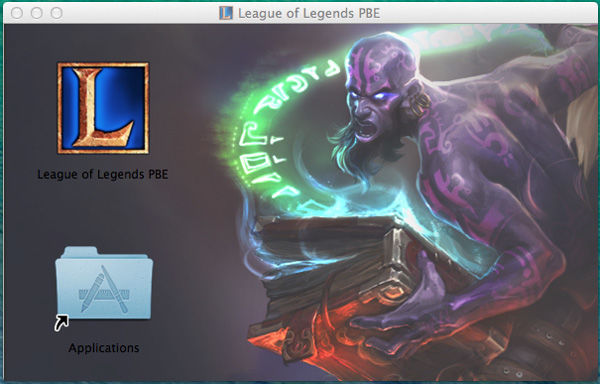 Aside from the regular League of Legends client, Riot the developers of the game also have a special test server which is known as the public beta environment or PBE.

On this server, Riot releases patches that include new updates, champions, and skins before they are released on the real servers. This allows players or “testers” to test the changes before they go live. After all, not all the of the changes or new champions work correctly and Riot needs your help in testing them.

Considering the PBE is the same League of Legends client with added features, it’s no surprise that the PBE client is slightly bigger factoring in the new update. If you want to download the PBE client on your computer, then it will take a bit longer to download while also taking up a bit more space.

Considering the League of Legends client is 6.5 GB then the PBE will be around 7GB. This only takes slightly longer to download compared to the standard version, but remember you’ll need around another 14GB to install it.

To learn more about how to install the League of Legends PBE on your computer, then follow the handy step by step guide available on Riot’s website.

Available on all of the different server regions, our unranked smurf accounts will save you days of tedious leveling and let you join in the fun straight away. Click below to view all of our smurf accounts.