League of Legends History: How LoL Became so Popular

You are here: Home / Blog / League of Legends History: How LoL Became so Popular

A long time ago League of Legends was just a small game that had no more than a few thousand players. Nowadays it is a multibillion dollar empire that boasts millions of active monthly players.

So just how exactly can a game like League of Legends go from being completely unknown to arguably the most popular and played video game in the world today?

Well to answer that question we need to go back in time to the very start. Back when World of Warcraft was the king and the iPhone hadn’t even been released yet.

The story starts back in 2006 when Brandon Beck and Marc Merrill founded Riot Games in Los Angeles. In addition to the founding members, Beck and Merrill also teamed up with some key creative minds in the industry including Steve Feak and Steve Mescon. The offices officially opened in September 2006 and Riot Games was in business!

At the same time, Riot Games officially opened their offices; they also started production on their game which eventually became League of Legends. At the time, it didn’t have a working name; it was just something based on the classic Defense of the Ancients plugin from Warcraft 3.

While developing the game, Riot recruited many employees that would help shape the future of the game and put the foundations in place.

2008 - League Of Legends: Clash Of Fates Is Announced

The trailer got many fans excited, but it would be awhile before they could actually play the game. 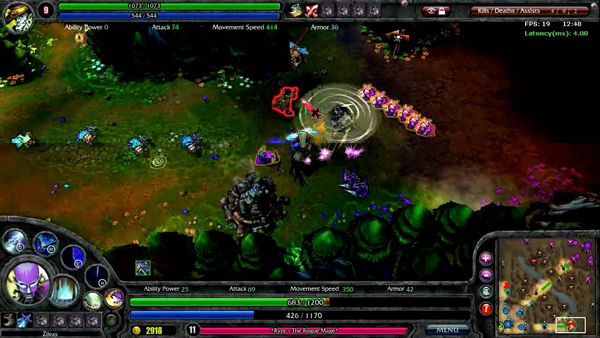 A few months later after the trailer was released, on February 21st 2009 the closed friends and family alpha test began. In this phase, only close friends and partners of Riot games were allowed to test the game, but no media or games reviewers were allowed. After around a month of testing the alpha test finally closed and moved on to its next stage of development, Beta testing.

Near the end of 2009 in October, Riot added a store to the game which became the main foundation of their business model. Before this, all items and champions were free to play for testers but to get the game ready for public release; certain items became locked.

On October 22nd of 2009 the closed beta for League of Legends officially begun. Players from all over the world were welcomed with open arms to try out the game and leave their suggestions. All open beta testers got a rare King Rammus skin which was automatically added to their account at the end of testing.

Shortly after the open beta League of Legends was officially launched to the public with a grand total of 40 champions available.

Shortly after the release of League of Legends, Riot introduced the first new game which was called the Twisted Treeline. After being in beta for over 5 months, Riot worked hard to show that they could incorporate new game modes into the game that were different than the classic 3 lane map often found in other MOBAs.

Another important moment in the League of Legends history books is the first ever champion rework. Back on 6th July 2010, Kayle became the first champion to be reworked. This involved changing the champions appearance, style and modifying her abilities and spells. This set the wheel turning for more champion reworks that started to happen more and more regularly over the years.

This rework was just in time for the start of Season 1 which took place a week later on 13th July 2010. With 55 champions, available, players battled it out to become the best League of Legends player in the game.

In addition to Season 1 being launched, a new game mode called ARAM (all random all middle) was added as a less competitive game mode to please casual players. Back then Howling Abyss had not been released, so this ARAM mode actually took place on the classic Summoner's Rift map. 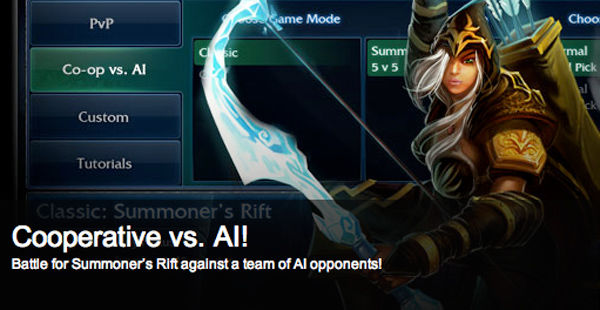 Another significant milestone in the League of Legends history books was the introduction of Co-op vs AI. It was this feature alone that helped grow the player base and popularity of the game immensely. By introducing AI, players could practice against bots instead of real players to learn the game much faster.

On May 23rd 2011 a new community feature called the tribunal was added to the game which allowed players to discipline others based on the evidence provided. Plays were not able to issue permanent bans but could temporarily suspend a player from talking to other players if needed. In reward for their work players would receive in-game currency called Influence points and the feeling of giving back to the community.

On 17th June 2011, the first major League of Legends tournament took place and would go down in League of Legends history as the first time Europe won the World title. During the final European team Fnatic played against All Authority and secured the summoner's cup as well as $50K in prize money.

The prize pool for the tournament was $100K and 2nd place received the prize of $25K. The top laner for team Fnatic at the time xPeke, still plays the game today for team Origen although he has switched role to mid laner.

In September of 2011 a new game mode called Dominion was added to the game that featured an entirely different style of gameplay than the current modes. Based on a circular map with towers around the edges, players had to capture towers to win points before the other team beat them.

Ranked dominion was made but was never actually released; this was probably due to the underperformance of the game mode upon its initial release.

Content Writer
Richard is our resident League of Legends player. He knows everything.
BUY SMURF ACCOUNTS BUY RARE SKINS
26/07/2022 • Corso
Rek'sai Guide
26/07/2022
Learn all there is to know about Rek'sai from our resident Challenger Coach, the world's finest Rek'Sai player. The guide includes itemization, gank pathways, jungle clears, matchups, and other useful information.
Read more...
17/07/2022 • Alistar Smyth
3 fastest ways to level 30
17/07/2022
World-class account boosters explain the three fastest ways to get to level 30. We also discuss whether XP boosts are worth it and how to avoid spending too much.
Read more...
30/06/2022 • Alistar Smyth
How to buy League of Legends account safely
30/06/2022
Read this guide if you want to make sure your League of Legends account stays safe for years. This is our ultimate lol buyer guide for guaranteeing safety of your account.
Read more...