League of Legends vs Heroes of the Storm

You are here: Home / Blog / League of Legends vs Heroes of the Storm

League of Legends might be the most popular MOBA game out there, but that hasn’t stopped numerous competitors from making their own versions. With many big game developers getting in on the action including Valve and Hi-Rez Studios, it was only a matter of time until Blizzard decided to launch their own MOBA.

Known for their other popular games titles, Blizzard has had a history of very successful games. However, can Heroes of the Storm take on the mighty LoL? Some argue it can while some laugh at the question.

Is League of Legends really the king of MOBAs or has Blizzard produced a killer MOBA to rival even some of the most popular games? Here’s what you need to know.

League of Legends vs Heroes of the Storm: The Developers

When it comes to the developers behind games, usually the bigger the company and the more funding they have, the better the game. Small developers don’t have the resources to pile into games which can often seal their fate before they are even launched.

Although Riot Games started off as a very small company, League of Legends was the first game they ever produced. This meant they had no previous experience or knowledge of how the industry worked. Considering the success of League of Legends, Riot showed everyone that they understood the market. Usually, this isn’t the case and many indie / small game developers fail several times before they are successful.

As of today, Riot Games is a billion dollar company that can easily rival even Blizzard. With over 1000 employees dotted around the world, they have a massive amount of employees and resources all for one game.

Blizzard, on the other hand, has been around for a lot longer than Riot. Founded in 1991, Blizzard has produced a whole array of highly successful games including StarCraft, Overwatch, World of Warcraft and Diablo. Having worked on games in numerous genres, Blizzard understands the market well. Combine this with their 4,700 strong team of employees, and they are definitely the larger company of the two.

We think based on their expertise, track record of successful games and having one of the most popular games back in 2006; Blizzard wins this round.

League of Legends vs Heroes of the Storm: Gameplay 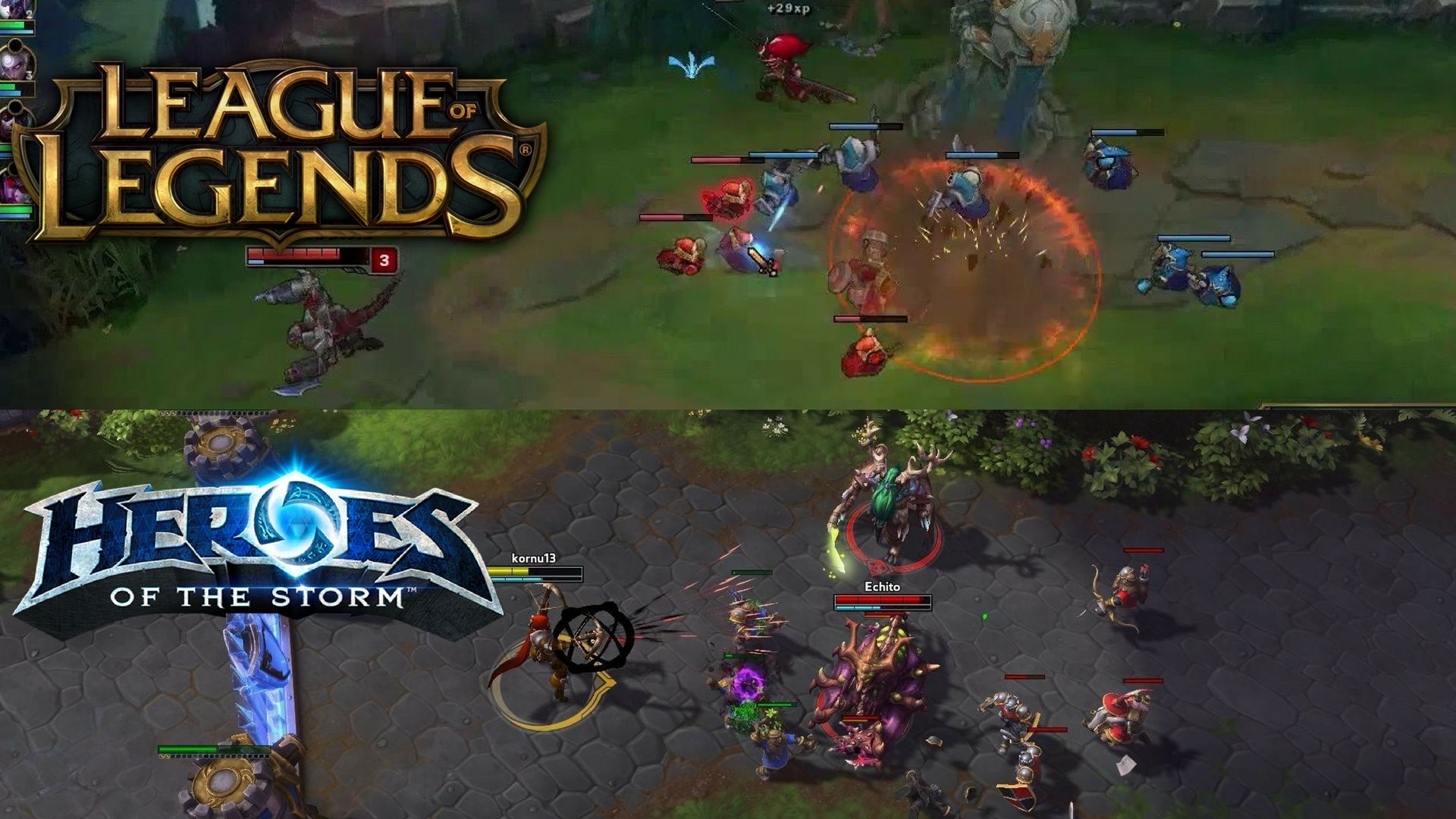 When it comes to MOBAs, the gameplay is often very similar no matter which game you play. That being said the difference in gameplay between League of Legends and Heroes of the Storm is very noticeable.

League of Legends is known for being easy to play and having a range of different champions which makes for some interesting gameplay. With over 100 champions, each with a counter, the game is about strategy just as much as it is about skill. Learning the individual champions and the maps can take a while, but it's something you need to do if you want to become good at the game.

Heroes of the Storm, on the other hand, is a lot less serious than LoL. With champions from all of Blizzard’s popular games, players will feel like they already know the heroes before they ever play them. The quick and easy gameplay can sometimes see a bit chaotic with no-one understanding what’s going on. The upside to this is that the games are relatively quicker than your typical League of Legends game. This means you can expect to play a whole range of maps and heroes to get the full experience.

Speaking of maps, Heroes of the Storm has a whopping 14 of them! Compared to every other MOBA out there, it's most certainly the highest. This gives players a lot freedom when it comes to maps as other MOBAs can force players to play the same map over and over again.

Although Heroes of the Storm has many more maps than LoL we’re going to have to give the gameplay round to LoL. HotS might offer more maps, but the gameplay itself is very chaotic and has terrible game mechanics. If you want a game to show off your sick skills, then HotS is not for you.

League of Legends vs Heroes of the Storm: Champions 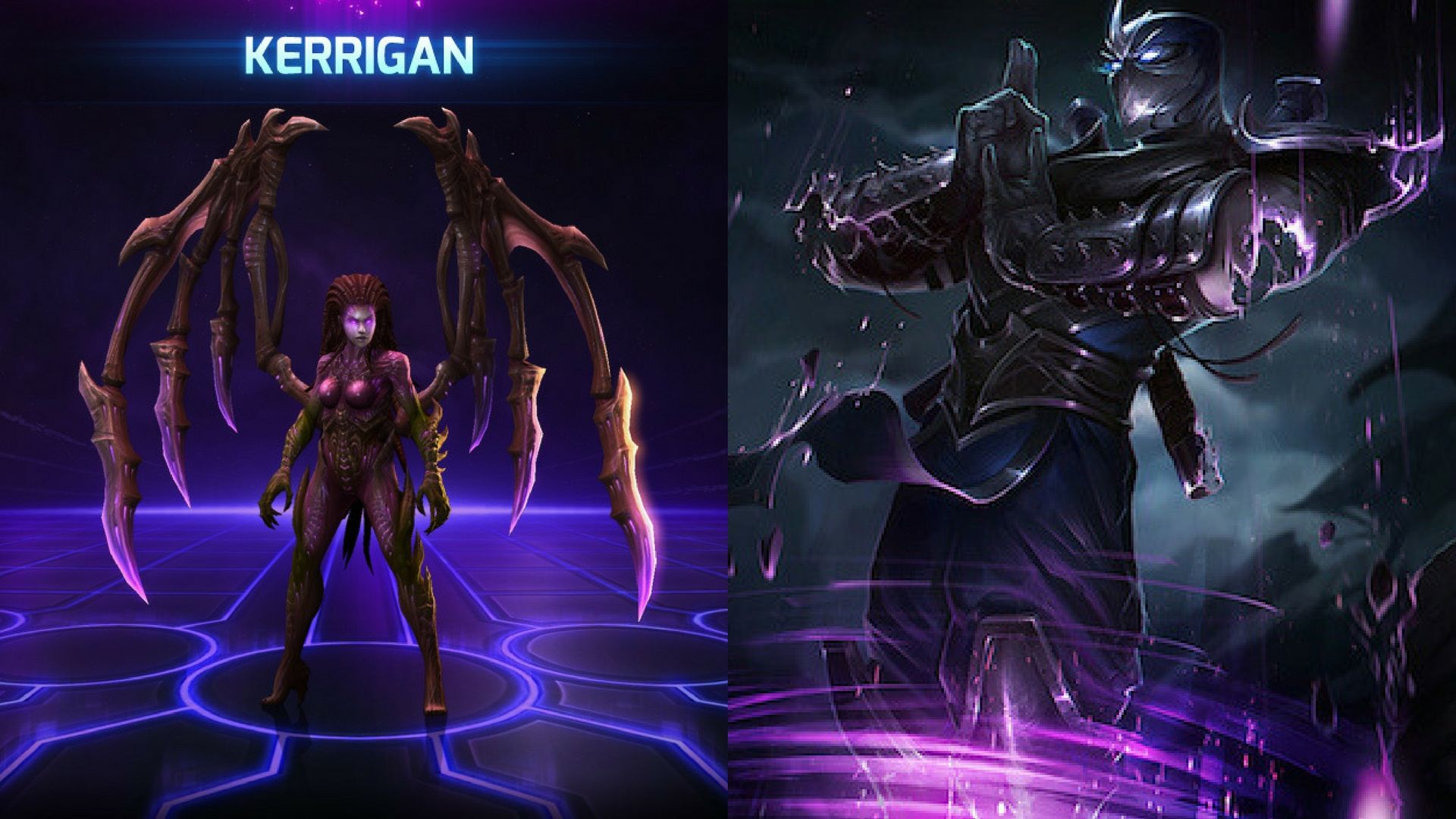 When it comes to champions in a MOBA, it’s important to have a diverse range that players can use to counter other champions. Currently, League of Legends has over 130 different champions that all have unique spells and characteristics. HotS currently has 70 heroes which although is less than LoL, it isn’t necessarily a bad thing.

As mentioned before, all of the heroes in HotS are from Blizzards other successful games such as StarCraft, World of Warcraft and Diablo. This unique mix of heroes turns the game into an epic universe of game crossovers. The downside to these heroes are that the skill required to play them ranges from too easy to too hard. Some heroes can destroy the enemy with just a few simple clicks while some more difficult champions take a lot of game time to learn.

League of Legends has more champions than HotS but that's not a winning factor alone. The difference is that the champions have had months (if not years) of development put into them to make sure they fit into the game. This means including a good background, lore and character that fits the game. By spending a lot of time and money on developing champions, Riot have managed to produce some truly unique individuals.

Based on the range of champions available and how they work well together as well as simultaneously counter other champions, we have to give this round to League of Legends.

League of Legends vs Heroes of the Storm: Conclusion

At the end of the day, there can only be one winner, and we think League of Legends wins it with ease. Sure Blizzard are probably the better games developer that have years of experience and knowledge behind them, but they don't always make successful games. Riot, on the other hand, have proven that they know what they’re doing and have smashed gaming records year on year for the past several years.

When you think about how much time and development has been put into League of Legends, it's easy to see why it won. With new champions being released every few months even with 135, it’s very impressive. League of Legends has also opted for the single map which means players can master the map before they master the champions. HotS on the other hand lets players choose 14 maps which although it can be viewed as a good thing, we think it’s a downside. Having too many maps can be hard to remember and keep up with, you might do really well on one map but terrible on others. We think keeping maps constant is the thing that made League of Legends so successful in the first place.

League of Legends vs Heroes of the Storm Comparison Table