How Many People Play League of Legends - UPDATED 2022

You are here: Home / Blog / How Many People Play League of Legends - UPDATED 2022

This article was written exclusively for UnrankedSmurfs.com, the best place to buy a LoL account.

LoL is no laughing matter. Its player base has grown year on year to become one of the most played games in the world.

Ever since its release back in 2009, League of Legends has grown to become the most popular game in the world. With millions of gamers logging in every month from over 145 countries, League of Legends shows no signs of giving up the top spot.

Down to the winning formula of constant updates, new champions, and gaming tournaments, the develops Riot have managed to produce a highly addictive game.

But just how popular is League of Legends and how many people play it? To answer your question, we’ve searched through hundreds of statistics and data to find you a definitive answer. Here’s what you need to know.

How Many People Play League of Legends? 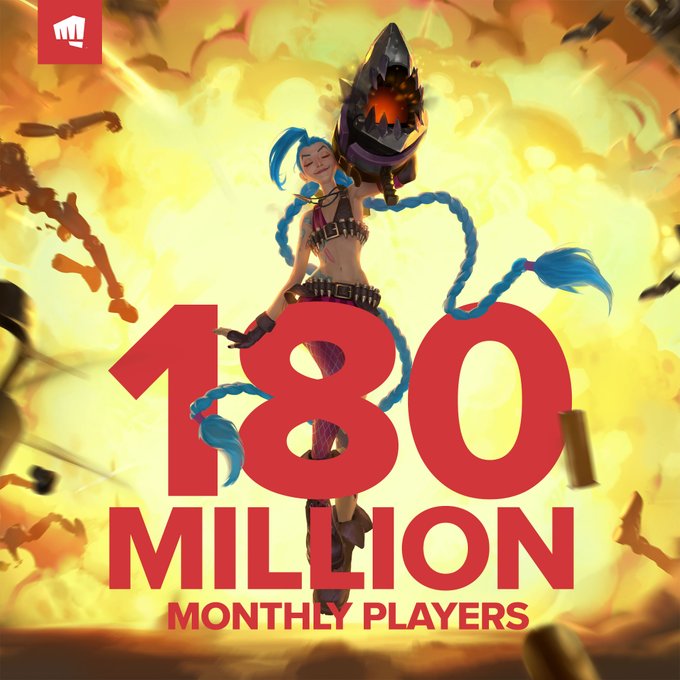 Riot, the developer of League of Legends, holds the key to how many people play the game. Since they own the game, it’s only Riot who can give you the most reliable figures.

The statistics should be reliable as they are straight from the source and there has been no tampering with the data. There are many other unofficial ways to measure the amount of players in League of Legends, but all of those should be taken with a pinch of salt. With so many servers worldwide it would be hard to keep track of every player, unless you’re Riot. 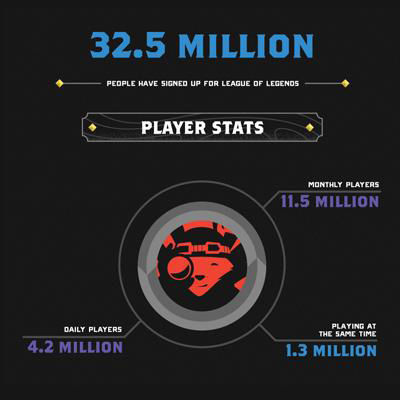 To give you an idea of how many people play League of Legends and how much it has grown, we need to go back to 2011. Way back in 2011 Riot released an official press release on their website stating the number of players at the time. The statement included a cool infographic that compared League of Legends to several other video games as a comparison. At the time, League of Legends had:

For a game that had only been released for 2 years, this was a huge achievement! Little did Riot know things were only going to get bigger. 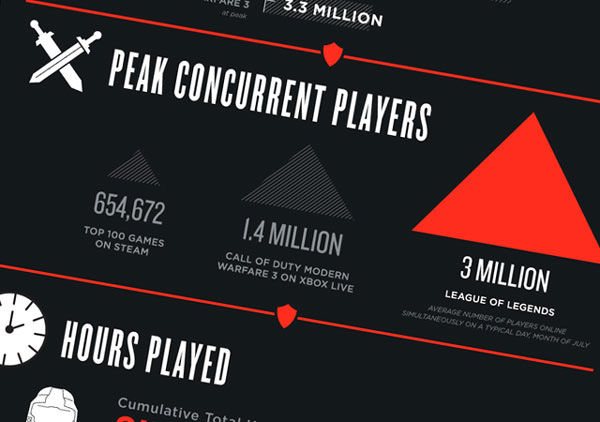 Fast forward less than 12 months and Riot released another statement on their website. This statement also included another infographic that similar to the last one compared several of the key player base statistics. The infographic showed that at the time (November 2012) League of Legends had:

Comparing these player statistics to the previous ones from 2011, in less than 12 months League of Legends had pretty much doubled every figure. With 32 million monthly players, they had almost tripled their monthly player base in less than a year. For an online video game these figures are unprecedented, never before has an online game had so many active players. For Riot, this was a huge success for a game that had been around for 3 years. For them, it looked like their hard work was paying off.

Unlike before, a few years passed before Riot released any new player base statistics. Although they did tease us in 2013 when they celebrated 5 million concurrent players, they didn't release any other player figures until 2014.

This time Riot released a statement only on their website highlight the key changes in player statistics. The statement showed that League of Legends had:

Although Riot didn't release as much information as before it was still apparent League of Legends was still growing. It had taken a lot longer than previously, but Riot had managed to double their monthly and daily players bringing the total monthly players to 67 million. To think that only a few years ago, they had 11.5 million, it was a massive increase. 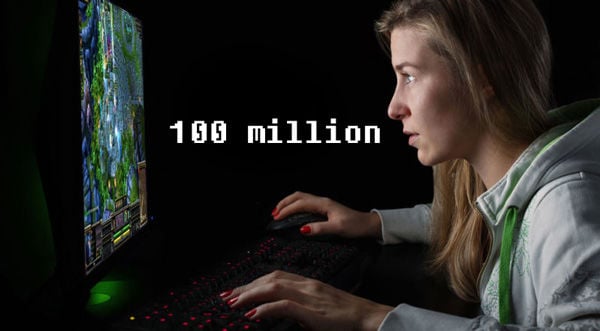 Since 2014, Riot hasn’t released any new official statistics on their website just yet. Based on their last release in 2014, it looks like they’ve slowed it down to an update every 2 years or so. This is probably because it takes such a long time for a significant number of new players to join. After all, they only want to share the really good news!

Although Riot themselves have not released any new player base statistics just yet, there has been some interesting speculation on the latest figures. Articles from both the RiftHerald and Forbes both point towards a new monthly player base figure of 100 million active monthly players. While these statistics sound great, it's best to wait until you hear the same figures from Riot. 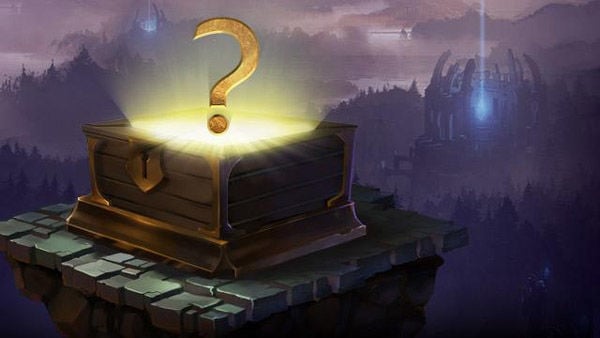 We've had our expert mathematicians pull millions of points of data from the Riot API and run it through a complex algorithm made by Heimerdinger himself, to estimate how many monthly players we think League of Legends has in 2017.

You won't believe the results...

For the first time in League of Legends history, we think the player base might have actually gone down slightly!

Don't worry though, we think League of Legends is still pulling in an amazing 81 million active monthly players.

League of Legends is almost 10 years old and it's still one of the biggest player bases around. In fact, to compare it to some more modern games it easily beats DOTA 2, PUBG, CSGO and Overwatch. In some states it's even more googled than the new Call of Duty game:

This means that even in 2017, and despite estimating a small drop, League of Legends is still the biggest video game on PC.

For the past several years there has been lots of media attention about League of Legends (after all, it is the most played game in the world!). However, in recent months, things have gone a bit... quiet.

This is likely due to the fact that LoL has a lot of competition now from other titles including PUBG and Fortnite to name a few. These games are growing at a tremendous pace and currently pulling in tens of millions of gamers a month.

Unfortunately, Riot doesn't release player statistics as often as they used to. Is it because the figures are slowly decreasing, or because they don't think people are interested in the numbers? Whatever the reason, it makes trying to compare games a lot harder.

For now, it looks like LoL is still in the lead with millions of people playing every single day. Will another game take the crown in the future? It's entirely possible, but until that happens, LoL is the daddy for now!

With a number of changes being made that are very popular with players, including the many new games, the future looks bright. It looks as though last years estimations weren't far from the mark, as Riot have released their official figures. 80 million this year - impressive! 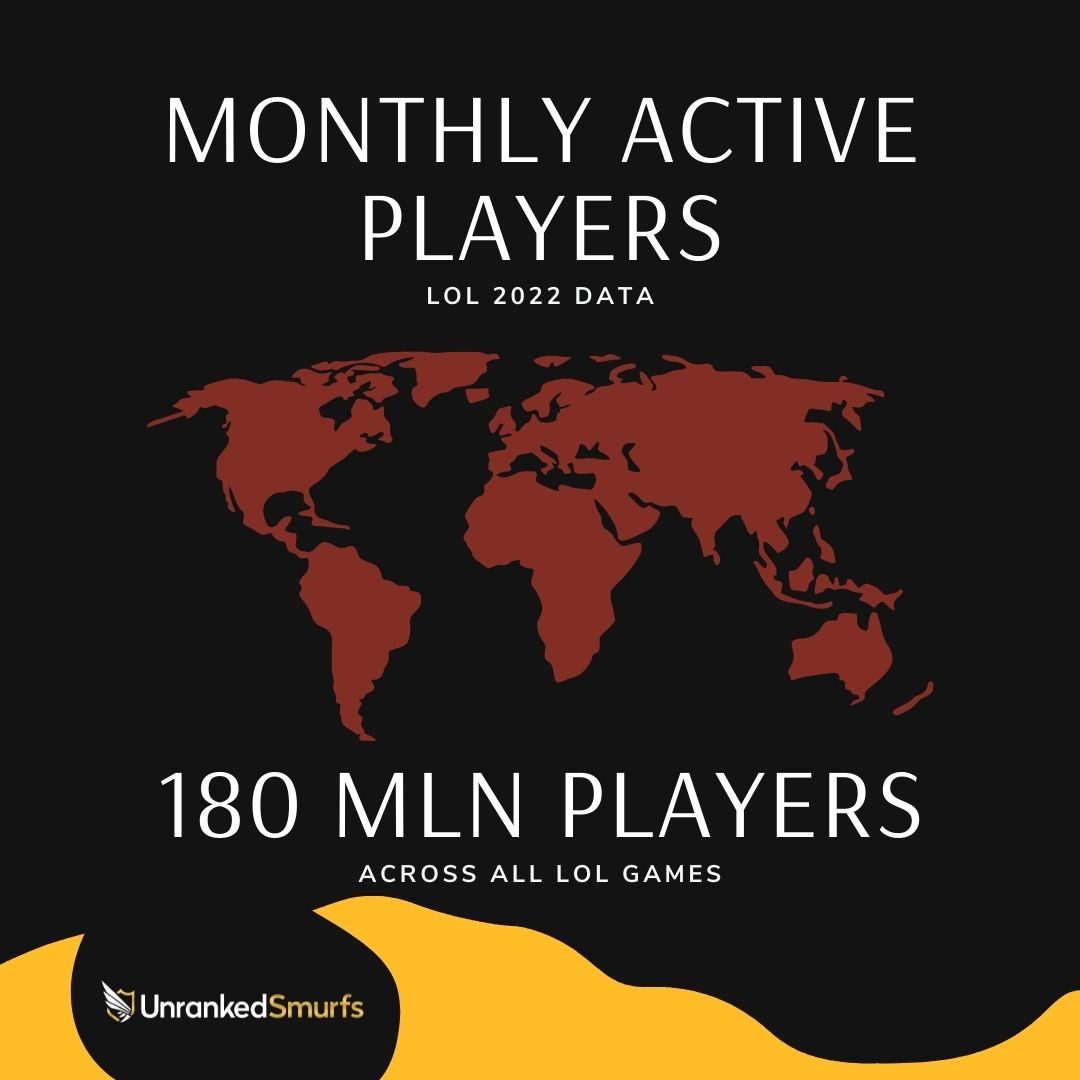 After release of Arcane and numerous other games in League of Legends universe Riot Games shared current monthly active players data. Which rose to 180 million active monthly players across all League of Legends universe games. Take this statistics with a gran of salt, the methodology used here is a little bit different than the previous ones. If a player logs in to two separate titles in a month he will be counted as two users not one. So while this might hint to a slight data manipulation by Riot Games, its still an enormous achievment considering that Steam as a whole has around 132 million players in March 2022. The game continues to grow and so does the champion count, read how many there are already in our article all lol champions.

Don’t Miss Out on the Action