Season 2020 is here 🏆 Use coupon 2020OFF to grab a discount and ace those placements!

LoL Clash Tournaments: How They Work And How To Win

You are here: Home / Blog / LoL Clash Tournaments: How They Work And How To Win

It’s been a long time coming, but Clash is finally here. This 5v5 game mode is what Ranked Flex games should be, but unfortunately, Riot developers have had a hard time getting it to work.

It looks as though Riot has finally figured Clash out though – the bugs that stopped the game's release in the past have been fixed, and now we can all enjoy this wonderful tournament mode.

What is Clash though? And why is Clash better than standard Ranked 5v5? Let’s start with the basics;

What Are LoL Clash Tournaments? 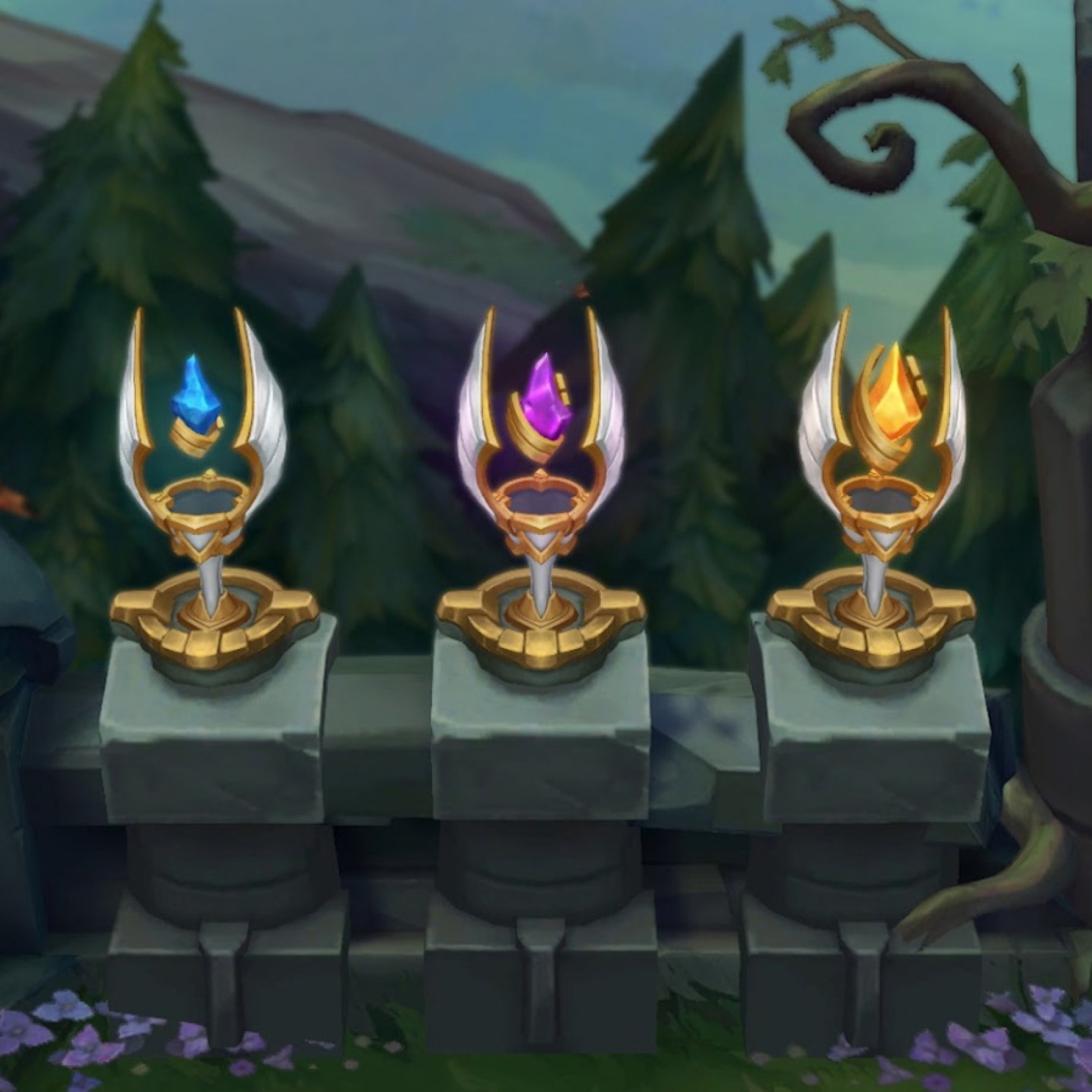 Clash was originally pitched as a biweekly tournament (although up until recently, we’ve only had a tournament once every year – thanks a lot, technical difficulties) where a team of five faces off against teams of equal skill level.

Now, if you’re thinking that this sounds a lot like regular League of Legends, then you would be correct. However, the tournament is played out like a set of professional LoL matches.

Changes aren’t huge, but they have a huge impact, and they can be seen before you even get into game. Right before Champion select, both teams scout out the opponent's stats and most played Champions.

Having your favourite Champions banned is annoying, but you’ll stand a much better chance with one simple trick: Don’t be a one-trick.

Every Champion is unlocked during Clash tournaments. This means no more worrying about picking Janna for someone, only to discover that they don’t have Katarina after all. If this sounds tempting, then let’s get into when you can start playing.

Clash has an 8 team bracket, and games are played on both Saturday and Sunday - although you don’t need to play both days. If you should end up losing the first match, your team is placed in a consolation bracket, where you can continue playing to earn better prizes. That’s right, prizes, but we’ll get to that later. 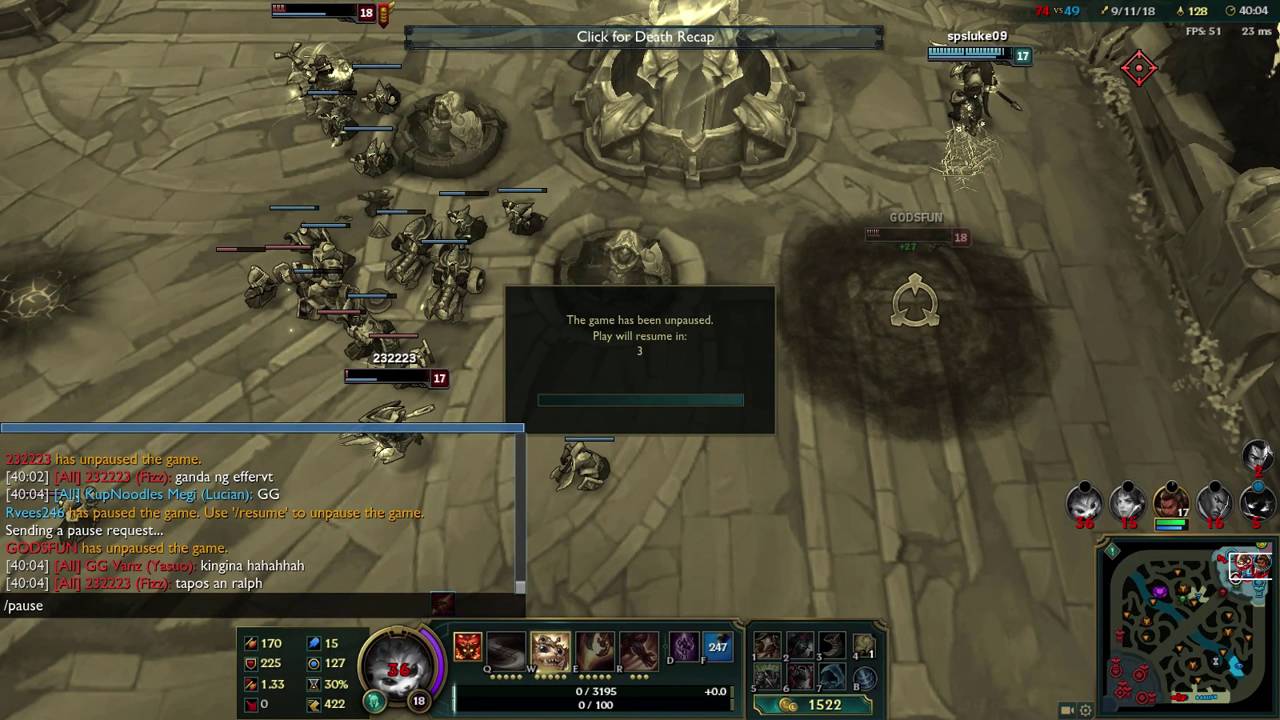 /Pause and /Remake is currently unavailable during Clash to prevent weeks of play. It would be extremely easy for a losing team to troll by constantly pausing the game. Of course, it would be nice to assume that everyone will remain a good sport, but let’s be realistic; this is League of Legends, people will do anything to win.

Clash games must operate under strict time restraints. While Riot didn’t want to change the game too much, they’ve had to make some drastic tweaks to keep matches from running over.

After 60 minutes of in-game time, structures will begin to damage themselves. Outer towers first, then inhibitor towers, inhibitors, nexus towers, before finally the Nexus itself. Usually, the side with the most towers at 60 minutes will lose, but not always.

You have a 10-minute window between Sudden Death activating and the end of the game. This means that if you’re able to get in a last-minute Baron, you could still win! The game will always end by the 70-minute mark though, regardless of what you do.

By playing in LoL’s Clash tournaments, you get the joy of playing with your friends in a competitive environment. Is that not enough? No, it wasn’t enough for us either – Everyone knows that competitive League of Legends truly tests the strength of relationships. Fortunately, Riot has given us something truly worth fighting for, and worth fighting our friends for.

First off, you must purchase a ticket with Blue Essence or RP before you can join a Clash Tournament, although they may occasionally be given out as mission rewards. You can use 1 or 5 tickets – 5 is better, as you get the best prizes!

Every time you win, you will receive Victory Points. These points are used to purchase banners, which are placed on The Summoners Rift for everyone to see! Trophies work similarly but aren’t around for nearly as long.

If your team wins every game in a day, then a Trophy will appear on every Summoners Rift match for the next two weeks!

You will gain better rewards if you offer 5 tickets, but if you want even better ones, you need to win your games. You can unlock quite a lot from Orbs, everything from 3-Win XP boosts to 975 RP Permanent skins.

It’s not completely clear what can be obtained out of Capsules yet, aside from more tickets. A good price if you don’t have much IP, but really enjoy Clash.

Now that you know what LoL Clash Tournaments are, how do you win them?

How To Have a Blast In Clash

We all play games to have fun, but getting knocked out in the first match is not very enjoyable. Clash Tournaments might seem like a normal game of LoL, but there are a few key pieces of information for you to keep in mind!

Communication Is King In Clash 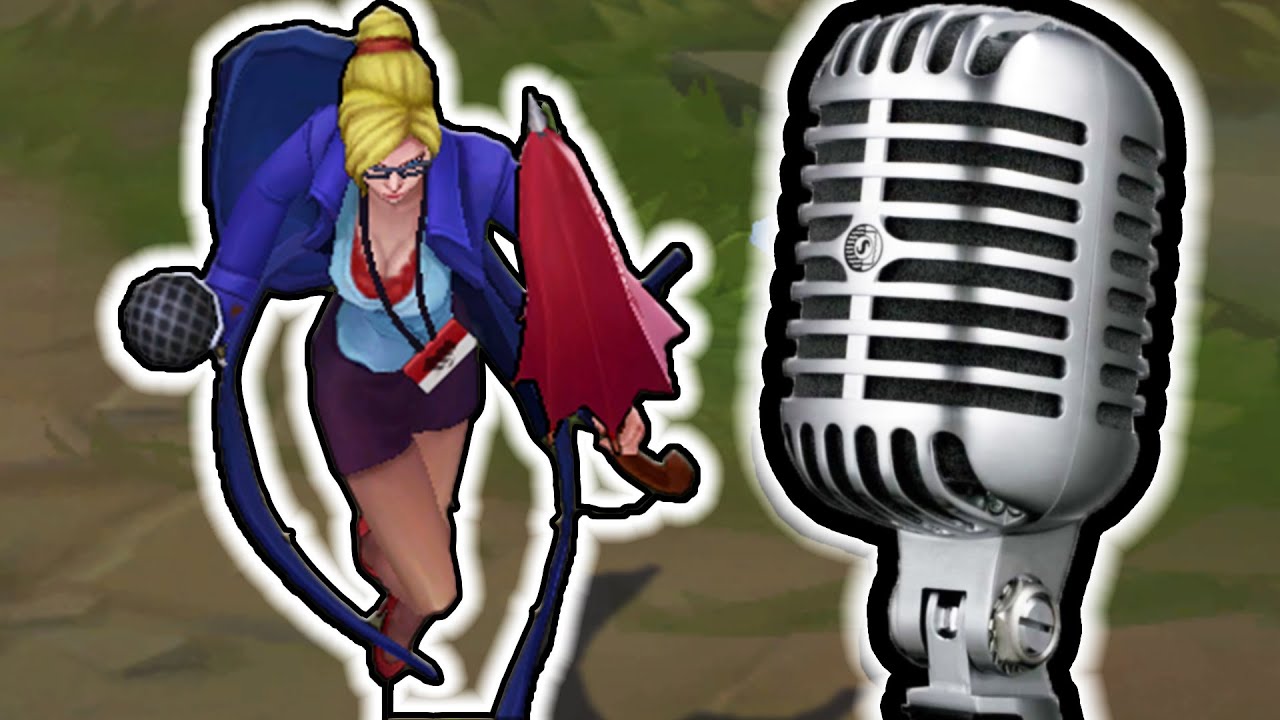 Whether you use Discord, or League of Legend’s own voice chat system, communication is key in Clash. Playing Clash without voice chat is like driving a car in a foreign country without a Satvnav. Sure, you might get to your destination, but you could also end up in a dark alley, or hit from behind by the Jungler.

It’s important to talk too. Don’t let a long silence fall over the game – keep track of the enemy Jungler, enemy flashes and wards. It’s also a good idea to call out objectives. Is Dragon about to come up? Get your Jungler into position.

It’s also a good idea to have a dedicated shot caller. You’ll want your shot caller to be your best player, but that doesn’t mean everyone else should sit silently. Talk your way to victory.

Your team wants to be the best, but you’ve gotta get better at the basics first. Last hitting is an extremely important one, and you can find a detailed CS’ing guide here. An inability to last hit is an inability to play, so get good at it.

Vision control is another vital skill – keep an eye on your Jungler, if he’s not sweeping for wards, give him a polite reminder. Oh, and watch your Marksman too. Everyone needs to buy Control Wards. Everyone.

Pick The Strongest Champions First
You want someone who is OP and not easily countered. Sometimes the sight of an OP Champion is enough to tilt opponents.

Check what your enemies play

If the enemy Support has not played a single game of Morgana, then feel free to leave her open and pick Thresh. She might successfully block a hook now and then, but you’ve tricked her into picking a Champion she’s not good at.

Flex Picks
For your second and third pick, you want to select Champions that can be played in many roles, making them harder to counter pick. Heimerdinger, for instance, can be played in every lane – plus he’s super annoying, which could tilt your enemies even further.

Leave Commonly Countered Champions For Last
As fun as Kog’Maw is, he’s also super easy to counter. We recommend you pick these Champions last. Alternatively, if you’re planning on playing a Champion who’s rarely banned, you could save them for last too.

Who To Ban
First off, you’ll want to get rid of any Champions that the enemy team has been grinding out recently. If they’re a Poppy one trick, hit them with the ban hammer.
You also want to ban Champions that are hard counters to your mains, but again; check to see if the enemy team can actually play them. Once that’s done, you can go ahead and ban all the traditional, OP meta picks.

Hopefully, this gives you a clearer picture on how LoL Clash Tournaments should be played, but we’ve got one final piece of advice for you;

Have A Teamfight Composition 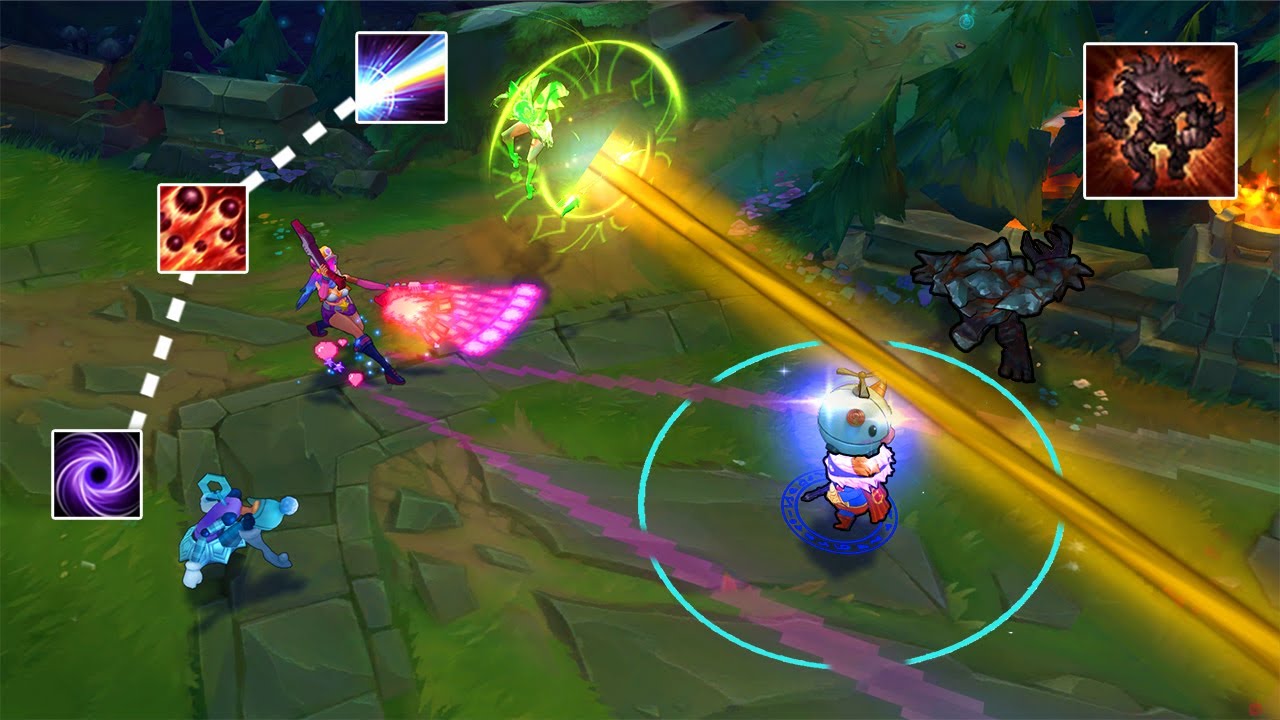 We can’t count how many times we’ve seen a talented team lose because their comp sucked. If you want to truly stomp some plebs, you’ve got to have a selection of Champions that compliment each other.

The easiest way to do this is by running the classic “wombo combo” comp. We’re talking Champions like Ornn, Jarvan, Yasuo, Zyra and Miss Fortune. You CC them all together, then hit them with a big burst of damage. Ez pz.

Another great choice is the snowball comp. If you and your friends are all highly aggressive players, this is for you. We’re talking about Champions like Darius top, Xin Zhao Jungle, Rumble Mid, Caitlyn ADC, and Blitz Support.

Win the early game, win the game. Plus, no one likes playing against these Champions, so go ahead and really crush your opponent's dreams.

There’s plenty of other team compositions that you can run, but those are our personal favourites – and the ones that are the easiest to pull off.

This should give you an idea of what you’re in for, but we’ve got one last tip. There’s one guaranteed way you can stand a good chance at winning all these juicy prizes;

The Ultimate Way To Win League of Legends Clash Matches

Before we go any further, it’s worth noting that you need to sign up to tournaments via SMS before you can play. This is done in an attempt to prevent smurfing, but it’s not going to work, and here’s why;

First off, you can register a different phone every 6 months. This means that you and your buddies can take it in turns smurfing, ensuring that in a year or two, you all have plenty of skin shards! The second reason it won’t work is because we all have parents and friends.

Simply get a buddy of yours to link their phone to your League of Legends smurf, and you can play as many tournaments as you like. You don’t want a smurf that’s the same rank as your main though; otherwise it would be pointless. And, you don’t want to spend hours and hours getting to level 30, either.

The simplest solution is to pick up one of our League of Legends smurfs. We have a nice selection of Bronze or lower accounts that will be sure to help you secure victory. Of course, it might not seem very sportsmanlike, but would you spare an enemy simply because they went AFK? If you want to truly get the best rewards out of Clash, then pick up a LoL smurf below!