The absolute fastest way to hit level 30 is to Buy a League of Legends account from us, but here are some other ways.

League of Legends is an awesome game that's great to play with your friends. But the game only really starts once you reach level 30.

Did you know that it takes 21,389 XP to reach level 30 in League of Legends? With the average game giving around 90 XP, that’s a lot of games you need to play before you reach level 30!

Now you're probably thinking "there must be a faster way to level up in League of Legends."

In fact, we’ve got several tricks that will have your League of Legends account reaching level 30 faster than you can say “mid or feed”! So grab a pen and pay attention, these little tips will save you hours of playing.

The Fastest Ways to Level 30 in League of Legends

Getting to level 30 in League of Legends is the main priority for many new players. Not only do they want to unlock all of their summoner spells, but they also want to get stuck into playing ranked matches.

Trying to reach level 30 the normal way is slow and frustrating. The first time you level an account you might want to take it slow to learn the game. However, if you ever end up making a second or third account then it can become boring doing everything again.

To level up fast in League of Legends you need to change your frame of mind, techniques and priorities. Only then can you reach level 30 in the fastest time possible.

Ok, no more chit-chat! Let's have a look at our top tips. 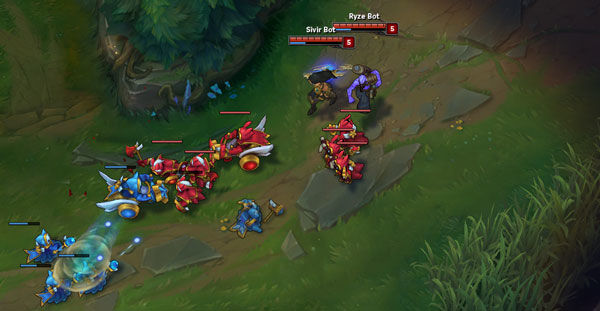 At lower levels, other players can be incredibly bad regarding skill in game. Most low-level players have never played the game before and frankly, don’t have a clue what they are doing.

There is also the problem of players that have terrible computers and internet which can cause major disruptions to a game. Players going AFK for 10 minutes or leaving the game altogether means you are left with a 4 vs. 5 scenario and are almost guaranteed a loss.

By playing against bots, you can avoid some of those awful players which should definitely increase your chances of winning the game. To follow this strategy, most players pick the co-op vs. beginner bots mode and look to finish the game as soon as possible.

The whole point of this strategy is to become fed as quickly as possible and take down that nexus in record time. By destroying bots in game, you will be able to finish the matches much faster compared to normal games, making this one of the fastest ways to level 30.

Make sure your games last longer than 8 minutes, though. If your games are too fast then, a penalty will be imposed which means less XP. Think of this as a bare minimum time. Compare this to normal matches that can regularly last over 30 minutes, bot games are a fast way to power you to level 30.

Tip #2: Supercharge the Time to Level Up 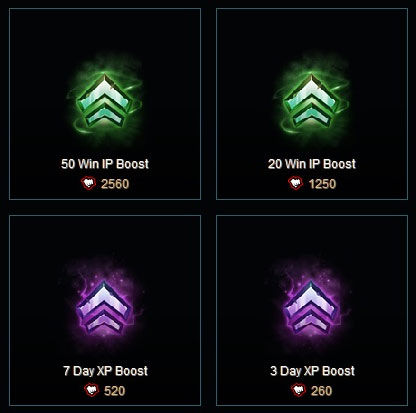 Now you have a core strategy that you can use to get the fastest XP possible it’s time to supercharge your leveling even more.

To help speed up the process of leveling your account, Riot offer boosts that can be purchased in their store for RP. Currently, RP can range from 1380 for $10 or 15000 for $100.  A boost temporarily increases the amount of IP or XP gained at the end of each match or within a given time limit. By having these boosts enabled it can reduce your leveling time by over 50%.

There are currently two different types of boosts; duration boosts and win boosts which can both be used together. The duration boost provides additional XP regardless if you win or lose a match. While the win boost only provides extra XP when you win a game and is available in 2 durations.

The most cost efficient duration boost from the Riot store is for 7 days and costs 520RP or $5. The best value win boost is the 50 wins, which costs 980RP, or around $10. With both boosts enabled it takes around 70 matches to reach level 30 which is considerably faster than the 200+ games without. If you’re looking for the fastest way to level in League of Legends, then this is it! 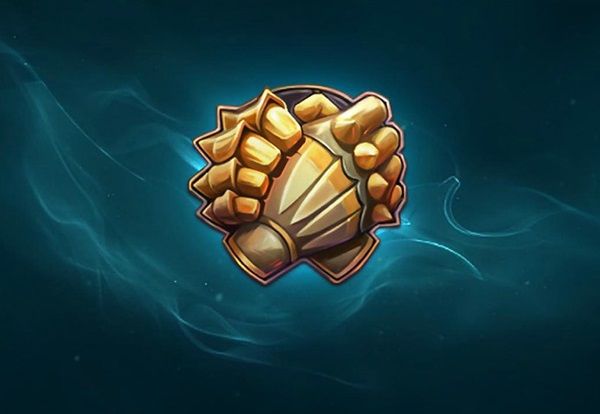 If you happen to have a few friends that are looking to level up their smurf accounts super fast then this is also a great strategy. Depending on how many friends you have, you can look to play against bots or each other.

The fastest way to level 30 would be to have a full team of friends that can finish a bot match as soon as possible. By having your friends play instead of random people will mean you have better teamwork overall as you’re all playing to achieve the same goal, leveling up faster.

If you continuously use this strategy, then you will be able to get a win in around 10 minutes, which is a lot faster than normal games. The only downside to this method is you’ll have to hope your friends are as determined as you and don't quit after a few matches. 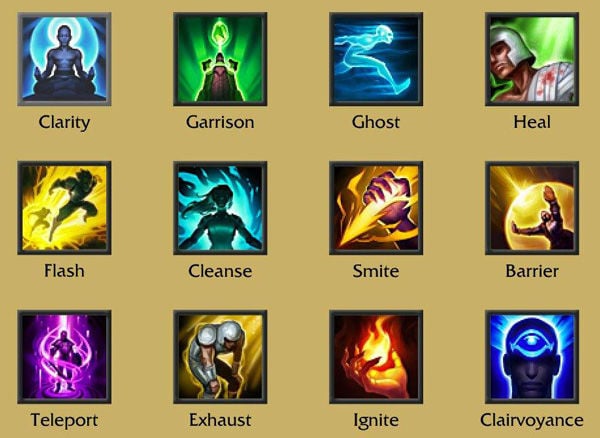 When playing against bots, it’s important to make sure you have the right summoner spells. There’s no point having cleanse and smite if you’re looking to finish the match in record time. Obviously, you won’t have all the summoner spells available to you when you first start out, but it’s still good to plan in advance.

The best summoner spells would be Teleport and Ignite as they help reduce travel times across the map and increase damage. As soon you recall back to the shop you can just instantly teleport back into lane to kill some more enemies. Ignite also helps you secure kills. When on low HP bots are known to run away. It can be very frustrating when they get away on 1 HP. To stop that from happening, make sure you take Ignite to secure the kill and get the extra gold.

The worst summoner spells would be Smite, Cleanse, and Flash as you won’t be playing jungle in bot games and the others add no benefit to your gameplay.

You might be thinking why no flash? The bots are very predictable, and you can tell exactly where they are going to go. If you manage to get one to low HP, it will start to run back up its lane. If you chase after it, the chances are you are going to die to the tower due to your level.

So why take Flash? Are you going to Flash into the tower? Not a good idea. Instead get Ignite and watch them burn. It’s much safer and stops them from getting away. Interested in what summoner spell unlocks at what level? Check out this handy chart.

When it comes to picking champions to play in game, it's important to make sure you pick an aggressive champion. If you want to finish the game as soon as possible and save time then having high damage is essential. There's no point picking a defensive champion if you want to aggressively try and push your lane. Instead, you should be picking high damage ADC's and APC's such as the following champs:

There's plenty of people out there who would be happy to boost your account for you, and why not? They get to play the game they love, and make money while they're doing it. This is a matter of how much you value your time though, if you're a highschool student then 5 hours a day grinding doesn't seem too bad, but if you've got a part time job then sacrificing a little bit of money will be worth it in the long run.

Be careful who you trust though, not every booster is credible and many unfortunate players have found themselves down 10$ and without an account. You can usually determine if a booster is safe by doing a few minutes research on Google, but when in doubt it's best to avooid.

Many boosters will be happy to live chat with you too, and keep in constant touch about the status of your account. If you feel as though you might want to go a little further, perhaps get that much sought after Victorious skin, then they can help you with that too! Naturally you'd have to pay a little more, but that's to be expected.

Many people seem to keep boosting past 30 though, which seems silly to us since they won't get any benefits, but I suppose they do it for the same reason people pay someone tons of cash to get them to Diamond - bragging rights.

This is the advice you're least likely going to want to hear, which is why we put it last.

If you're really desperate to get to level 30, then just play more games, and play with friends. You'll have noticed that time moves faster when you're having fun, and I'll tell you right now that crushing bots stops being fun after the 2nd game.

Cramming in school for hours can be pretty dull, sure it will make you smarter, but those 8 hours feels like an hour of gaming, and it's the same concept with League of Legends too!

Granted it's very time consuming, but unless you're Platinum or higher you'll still be able to benefit from playing normal games, and you'll get much more pleasure from destroying real people than you will from destroying bots.

Plus, if you've got some friends with you then you can all chat and mess around on voice chat. Or perhaps you don't have any friends willing to play at such a low level, in which case why don't you make some? League of Legends' commmunity has a reputation of being toxic, oftwn unfairly. It's the competitive enviroment that brings out the nasty side of some people. It's still possible to make friends though, and being frieldnly gives you a greater chance of winning too!

Everyone likes being complimented, and we guarantee that someone will play a lot better if you tell them they're a good ganker, and someone who's mother you just insulted will play considerably worse (If they keep playing at all.)

With that said, there's still one way to get to level 30 that stands out above the rest, that will save you time, money, and will even get you a few skins to show off to your friends...

Tip #8: How to Level Up Fast in LoL Without XP Boosts

If you want to skip all the boring stuff and jump straight into the action then why not skip leveling altogether?

Why waste your precious time playing against noobs and bots when you can play ranked straight away. Playing from level 1 - 30 is like playing the tutorial in a game. Sometimes you just want to skip the tutorial and get playing.

By buying a League of Legends smurf account, you skip the tedious process of playing the same bot games over and over again and focus on the fun stuff.

By letting someone else do the hard work for you, you can look forward to the important things in league such as playing your placement matches!

Why waste all those hours and RP if the fastest way to level 30 is buying a smurf?

If you want to skip all the boring stuff, then get yourself a smurf account. We have plenty of unranked smurfs account available on many different regions worldwide. All of our accounts come with a lifetime guarantee, so you don't need to worry about getting banned. Visit our store below to view all of our smurf accounts.

Now you know the fastest way to get to level 30, it's time to play those important ranked matches!