How Many LoL Players Are on Each Server? 2019 UPDATED

You are here: Home / Blog / How Many LoL Players Are on Each Server? 2019 UPDATED

This article was written exclusively for UnrankedSmurfs.com, the best place to buy a League of Legends account.

When we first released this infographic it gained a lot of popularity throughout 2015. So much that we then updated it for 2016! It's still an extremely popular post so we figured it would be great to update it for you guys for 2017, so let's see how the region share has changed.

How Many LoL Players are on Each Server Infographic (2017)

It's a question quite a lot of people seem to ask, yet there hasn't been any hard data on how many LoL players are on each server - until now! We've collected data from a variety of sources who use the Riot API (sources listed at the bottom of the 2015 infographic) to create this image. The image shows the percentage of players on each server (ranked players only) from a sample size of over 10,000,000 League of Legends players!

This could be explained by the growth of League of Legends in the outer regions such as Japan, Russia and Latin America North and South.

We released this infographic originally in 2015 but since then Riot have added some new servers. We've kept you up to date by updating our infographic with some slick new graphics and the new numbers. We got this data using the number of players that have been ranked on each server. We're going to make the assumption that each server has a similar competitiveness which makes our percentages very close. The data here comes from over 11 million players worldwide. Liked the old one? Don't worry you can still see it below! If you're looking for the original post then you can find it below here. This data was gathered in 2015 and since the addition of the 11th region (Japan) it's now out of date.

How Many LoL Players are on Each Server Infographic (2016) 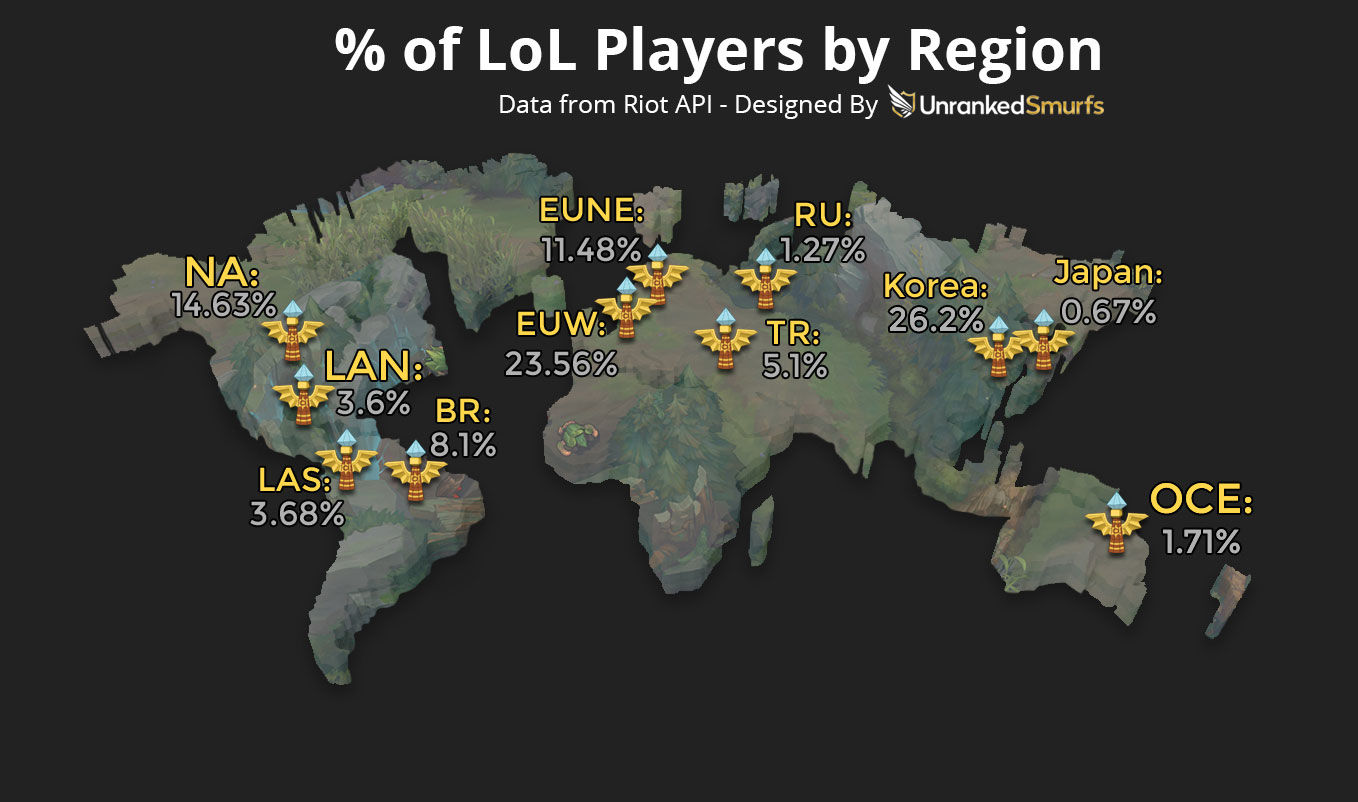 The Most to Least Popular LoL Servers (2016) are as follows:

How Many LoL Players are on Each Server Infographic (2015) 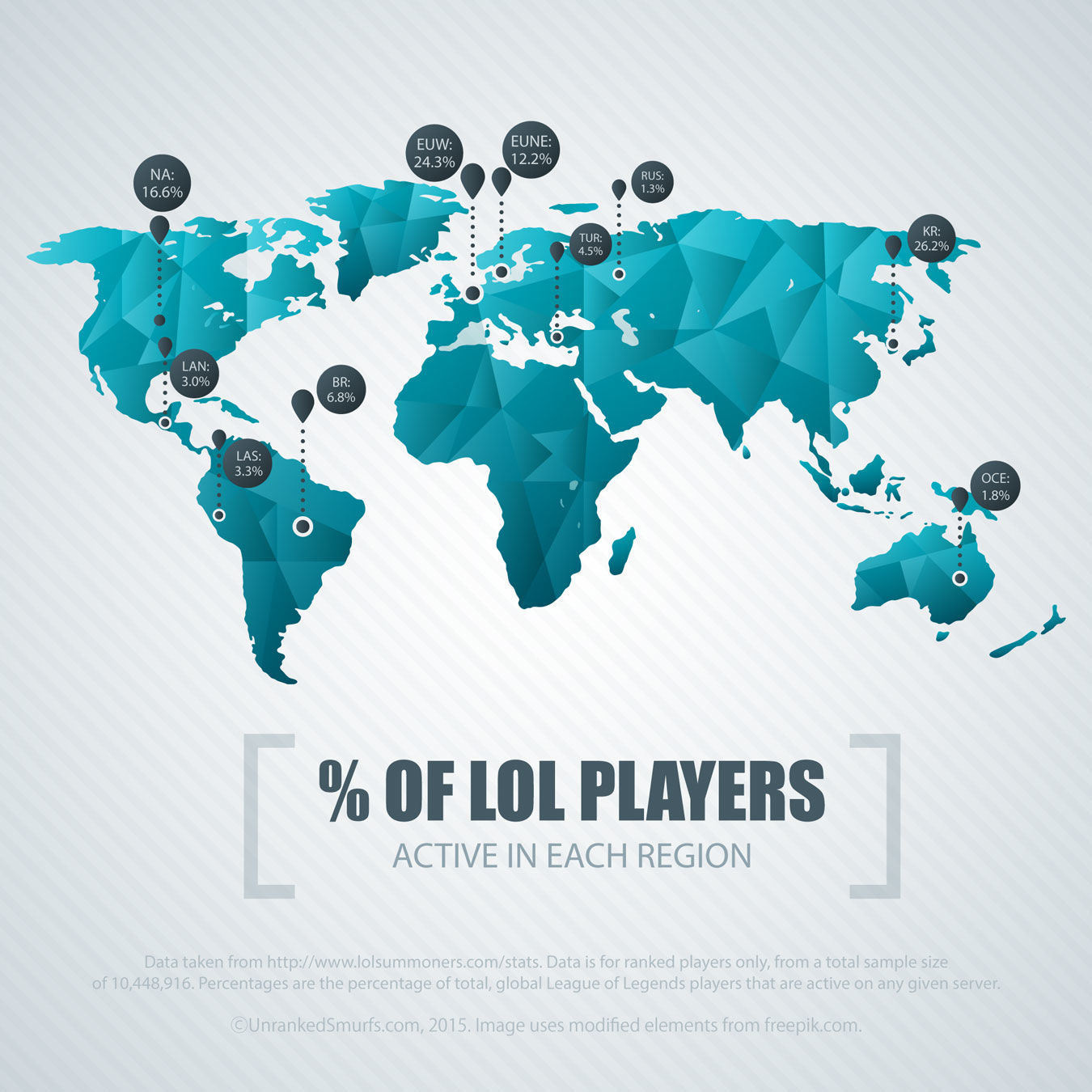 The order of the most to least popular servers (2015) are as follows:

With the Japanese servers and potentially an African server coming soon these figures could change in the future - we'll update them if and when they do!

Content Writer
Richard is our resident League of Legends player. He knows everything.
BUY SMURF ACCOUNTS BUY RARE SKINS
08/10/2020 • Richard Heimer
The Explosive Rise of Esports
08/10/2020
Esports is growing at an incredible speed, but is it likely to beat traditional sports?
Read more...
29/07/2019 • Richard Heimer
Comprehensive League of Legends TFT Cheat Sheet
29/07/2019
With so many Champions, Items, Origins, and Classes, remembering them all feels like an impossible task - but with our cheat sheet, you don't have to!
Read more...
28/03/2018 • Richard Heimer
League of Legends Rank Distribution 2018
28/03/2018
Exploring the rank distribution in League of Legends can yield some interesting results to analyze. To help, we've taken data from the Riot API and made a graph for the ranked distribution in each region. These results are not only interesting, but the Japanese results really surprised us. Take a look at the graphs here.
Read more...