How Much Do Frame Rates Matter In Games?

You are here: Home / Blog / How Much Do Frame Rates Matter In Games?

“F***ing FPS so bad” is one of the many excuses thrown around a lot in LoL. The fact is, most people who claim to have bad FPS are only saying it so that people don't think they’re bad.

We’re about to explore the benefits of having high FPS in games – and whether or not there’s such a thing as too many FPS – but before we do, we need to answer a vital question. What exactly is FPS?

FPS stands for “frames per second” and your FPS is essentially a flipbook; It may sound like we ’re oversimplifying it, but imagine this.

You have a 30-page book, and on each page is a picture of Yasuo getting ganked.

With each passing page, the jungler is a little closer. What happens when you flip through quickly? It’s no longer a bunch of static snapshots. It has some motion and life to it.

Now instead of a book, picture a PC monitor. The situation is the same.

You have 30 FPS, which means you can flip 30 pages – or frames – every second. This is fine for TV shows, but games are different beasts entirely, because you’re in control. And since you’re in control, you must be good or your team will yell at you.

In fact, some people argue that 30 fps are better in games, because TV shows use it, and therefore it’s more “cinematic.” In our humble opinion, this is a bunch of garbage, but past a certain point FPS becomes subjective.

You can kind of get an idea what’s happening with just 10 FPS, but it will definitely feel like a flipbook; Choppy and unplayable.

30 FPS is considerably better, and if you love to grind on games like Civilization then you should be fine, but it’s when you have to make split-second decisions that FPS starts to matter – Unless someone plans on going pro or really can’t stand the slight choppiness, then 30 is likely fine.

60 FPS should be sufficient for most games, but as we’ve said – the science surrounding FPS is shaky, and the ideal amount varies from person to person.

The Perfect FPS For Gaming

The human eye is a bizarre and complicated thing, but hopefully what we’ve discovered can help you understand how FPS in games works a little better. Keep in mind that it’s difficult to give a definitive answer, so if you’re only interested in how you can increase your FPS while gaming, then scroll down!

The way we detect light and the way we detect motion are extremely different. Plus, the centre of your vision excels at different things than your periphery, and vice versa. This means that simply looking at a different part of the screen may make you feel like you’re having FPS issues – even if you’re not.

There’s also actual limitations of what our eyes can physically perceive.

Like downloading a file, it takes time for light to pass through your eye and become information.

Another important point to remember is that the total of what we can perceive is greater than any single visual element can accomplish. We can’t say how well a car will drive based on the quality of a single wire – the same is true when trying to determine how perceptive we are.

And, to add even more confusion to the mix, you’re super special. 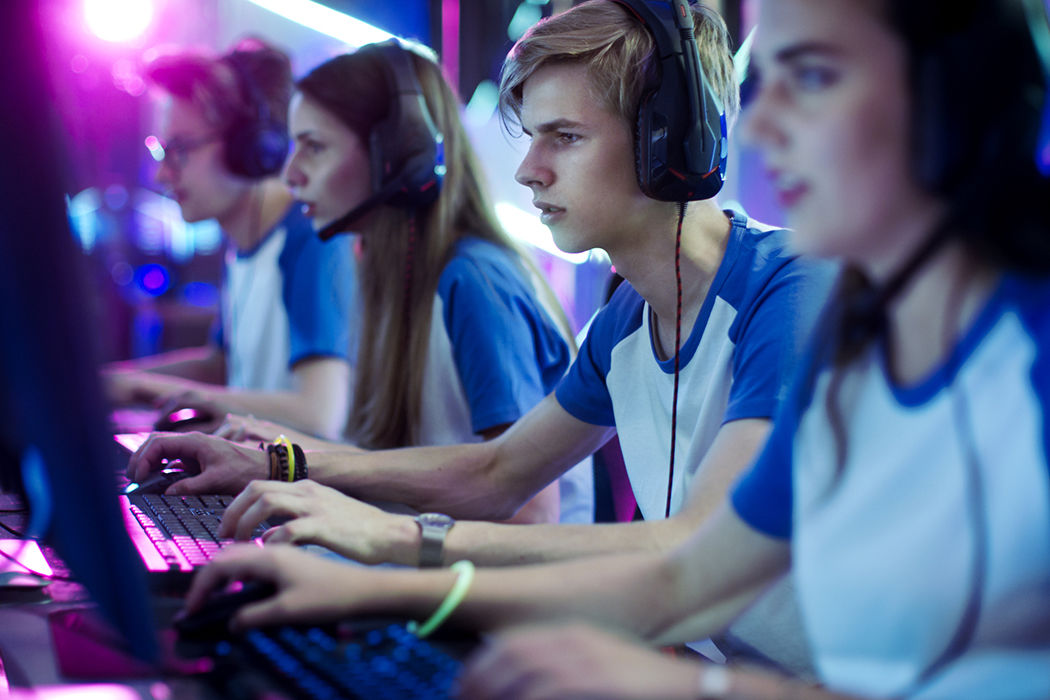 Yep, studies have shown that video gamers have an advantage over non-gamers. You might disagree with this since most of us were told that video games hurt our eyes.

We’re not claiming that video games have no negative effects on your eyes, but they definitely make you a damn sight better at perceiving things. Attention abilities, contrast sensitivity, multiple object tracking; These are all important elements that are improved by video games.

This is particularly true for people who play action-heavy games, such as League of Legends or Counter-Strike. Now you can tell your parents that playing games does make you better at something, and you even have science to back you up.

In fact, games improve your perception so much that you’re more likely to perceive more FPS than the average person. This is where some of the heated arguments come from – Are gamers who claim they can’t see a difference between 30 and 60 actually just less perceptive? Hard to say.

Okay, But How Many FPS Do I Need?

In our opinion, 30 would work for most games, but 60 is preferable.

The placebo effect may come into play in many cases; People end up dying in LoL, they check their FPS, and because they don’t like blaming themselves, they pin it on their ‘poor’ FPS.

If you’re playing at 60 FPS then you shouldn’t have many issues. One of the arguments for higher FPS is that it feels “smoother.” and it’s true.

Again we say; Most people enjoy the smoothness, but if you’re getting a machine that can run games at 140 FPS because you think it will make you a god, don’t do it.

Let’s go back to the car comparison for a second; A car will drive smoother on a flat track, but if the person behind the wheel is garbage, it won’t make a shred of difference as to who wins.

Not only that, but some people report feeling nauseated from playing with too many FPS. If you’re a pro, then go ahead; If you’re an average player, seriously think about whether or not you need an upgrade.

Hot To Improve YourFPS In Games 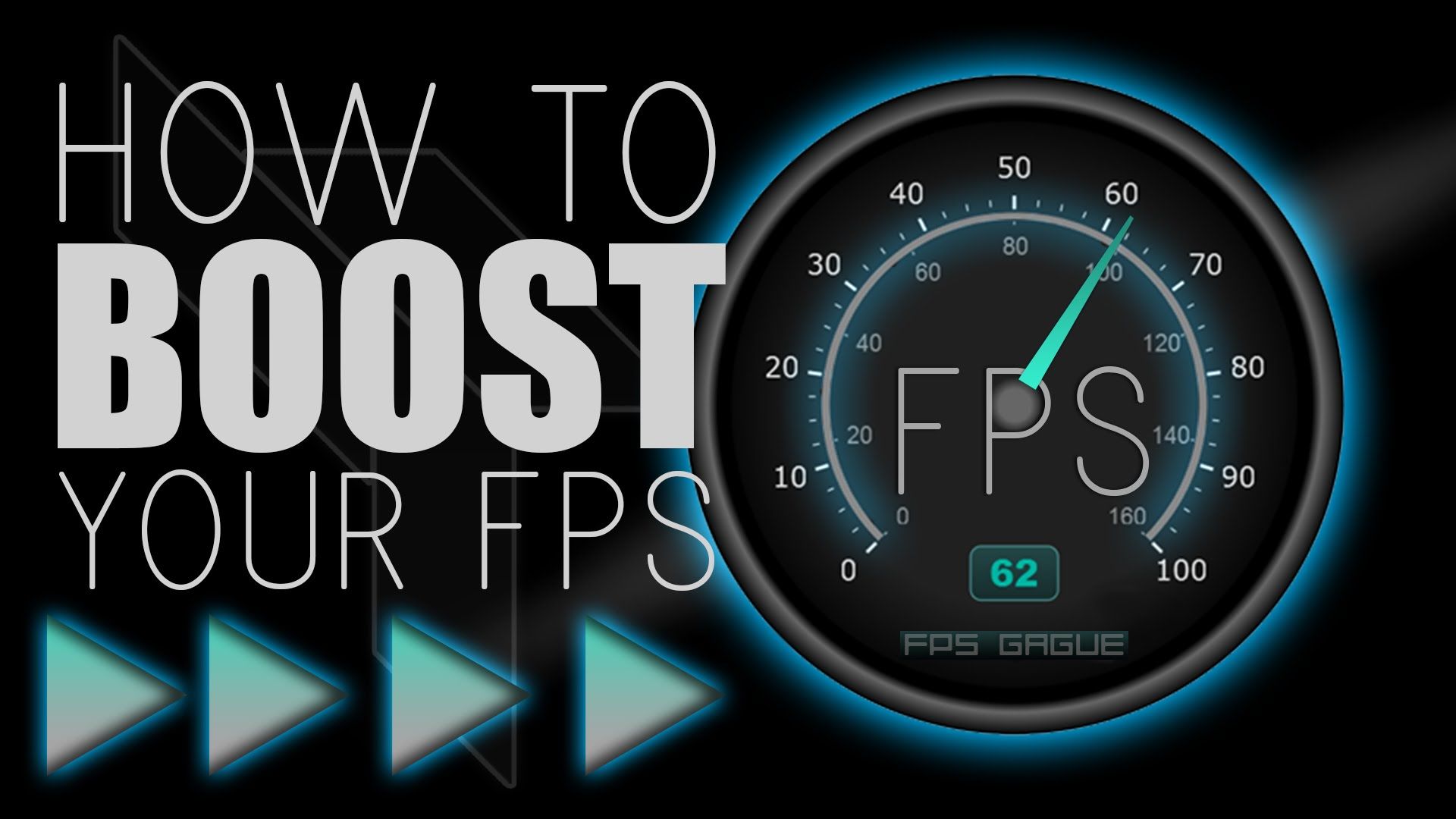 If you’re convinced that you need to up your FPS, then we’ve got a few tricks for you to try out!

The resolution that you play on hugely impacts your FPS. This is the simplest trick to try.

Simply lower your resolution, and you should notice an increase in your FPS. Lowering the resolution will make your game more pixelated, but you might have no choice if you want to increase framerate.

Pretty much everything in your game will affect your FPS, from draw distance to shadow quality. By lowering these settings, you give yourself a solution to fix your FPS issues, and it only takes about 5 seconds!

We recommend you first try Adjusting Anti-aliasing. Anti-aliasing smooths out the lines around objects, making them less pixelated. This takes an awful lot of hardware power to do.

You should first remove anti-aliasing altogether, and then increase it until you reach a point that you can run the game with graphics that don't make you think you're playing Minecraft.

It might just be that your hardware is out of date. If this is the case, then you either have to buy a new graphics card, or put up with your current choppy graphics.

Don't rush to pick up a new graphics card though - they're pretty pricey at the moment, and it'd be pretty disappointing to discover that dropping your resolution a little would have solved all your problems.

Of course, there are other options, but these are definitely the simplest and most affordable!

Having high FPS doesn’t mean much if you have nothing nice to look at. Why not get yourself one of the dazzling smurfs by heading over to our shop down below?