You are here: Home / Blog / League of Legends Runes Re-work Coming in 2017

That’s right, after almost a decade since League of Legends was first released Riot have decided that it's time to finally spice up the long outdated rune system. The news was announced on the official League of Legends blog via the Ask Riot column. Not only does the post answer questions about the runes and masteries system in general but also answers other fan submitted questions. Here’s what you need to know about the upcoming League of Legends runes re-work.

What about these runes? 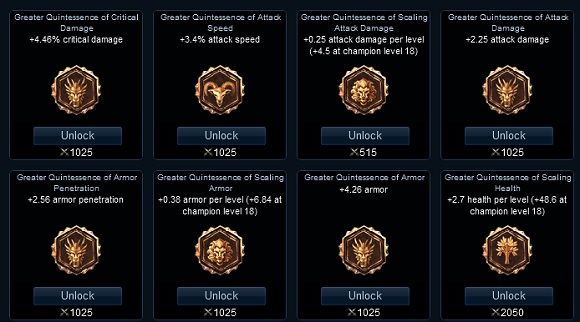 As stated by the game developers the original point of League of Legends runes and masteries were to give players some ability to customise their champion’s power and skills. By allowing players to choose if they wanted to deal more damage or play more defensively this added a level of customisation to the game.

The second point of the runes and masteries systems were to encourage and incentivise players as they leveled up to level 30. As you level up you slowly unlock new mastery points and rune slots which makes you want to play more and unlock them all. Once you finally reach level 30 you unlock everything and can decide which runes you prefer to use.

What's Wrong With Them? 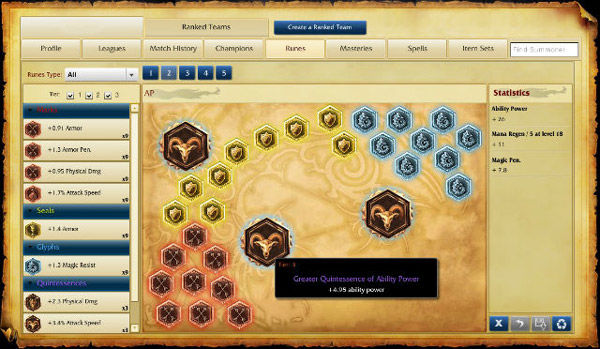 Although they do provide a level of customisation to the game, the developers have noted that the League of Legends runes system its “average at best”. They have also realise that many people don't appreciate the power of the customizability of runes and simply copy online guides made by other players. Riot want players to be more unique and make their own builds for different champions, different maps and different strategies. They also go on to note that for new players who have just started playing the game, it's hard for them to appreciate the benefits from runes at all. Not only this, but it also gives higher level players a massive advantage over lower level.

Imagine a level 30 who’s unranked but has a full page of runes versus say a level 29. Although they are almost identical in levels the player with all the runes will have a great advantage over the lower level player. This makes things such as last hitting even harder for the newer player while the more experienced reaps all the benefits.

When League of Legends was first launched the leveling system was the only progression in the game. Nowadays most people are already level 30 and have other progressions they can focus on such as the ranked progression or champion skill mastery. Riot have acknowledged that the current experience of the game needs improving and it is currently in the works, just not a high priority at the moment. They have said they have long term plans to offer additional progression systems in the future but ultimately they have more important things to work on at the moment.

What Are The Possible Changes?

In the article the game developer goes on to comment on the possible upcoming changes to the League of Legends runes system in the future, but he doesn't give too much away. As previously stated Riot doesn’t think the runes system has aged well and is due for an update. But don’t get too excited just yet, these changes won't be coming until sometime in 2017. The runes system is already complicated enough and they affect everything from the game's balance to the IP economy.

Unfortunately there are no clear changes that have been announced yet by Riot and they are just keeping it brief and vague. The Game Design Direction, Ghostcrawler has stated that they aren’t happen with the current rune system and want it to offer more customisation. From what they’re saying it sounds like it could be an entirely new system instead of just a few changes. But considering the amount of runes available it sounds like it's going to be a big task and we’ll have to wait and see for the final result.

Leveling up to level 30 can be slow and boring. If you want to jump straight into the action then you should consider getting an unranked smurf account! All of our accounts are level 30 and have never had a ranked game played on them, just like wiping the slate clean! If you want to enjoy the ranked action straight away then be sure to visit our store below to view our range of accounts.

Content Writer
Richard is our resident League of Legends player. He knows everything.
BUY SMURF ACCOUNTS BUY RARE SKINS
30/03/2020 • Richard Heimer
Star Guardian Urgot Is Finally Released!
30/03/2020
Star Guardian Urgot has been a popular meme skin for a long time, but now? It's finally purchasable in the Riot store!
Read more...
09/01/2020 • Richard Heimer
LoL Patch 10.1 Breakdown
09/01/2020
If you want to stay ahead of the game, then you've got to know the game. We've put together a list of the most important patch notes so that you don't have to!
Read more...
05/11/2019 • Richard Heimer
League of Legends Season 10 Updates, Changes, Reworks & More
05/11/2019
With LoL Season 10 right around the corner, we've created this guide that includes every piece of information you could ask for!
Read more...