Well, patch 10.1 is here - new year, new set of numbers. The Riot team are finally back after Christmas, and continuing the holiday spirit – they come bearing plenty of gifts. Unless, that is, you happen to be an abuser of an OP Champion, in which case you get coal. Coal, and nerfs. Lots of nerfs.

Sett is all set to hit the rift, Sylas has undergone a serious change, and Ardent Censer has been tweaked. Without further ado, let’s unpack the latest patch.

The Release of Sett 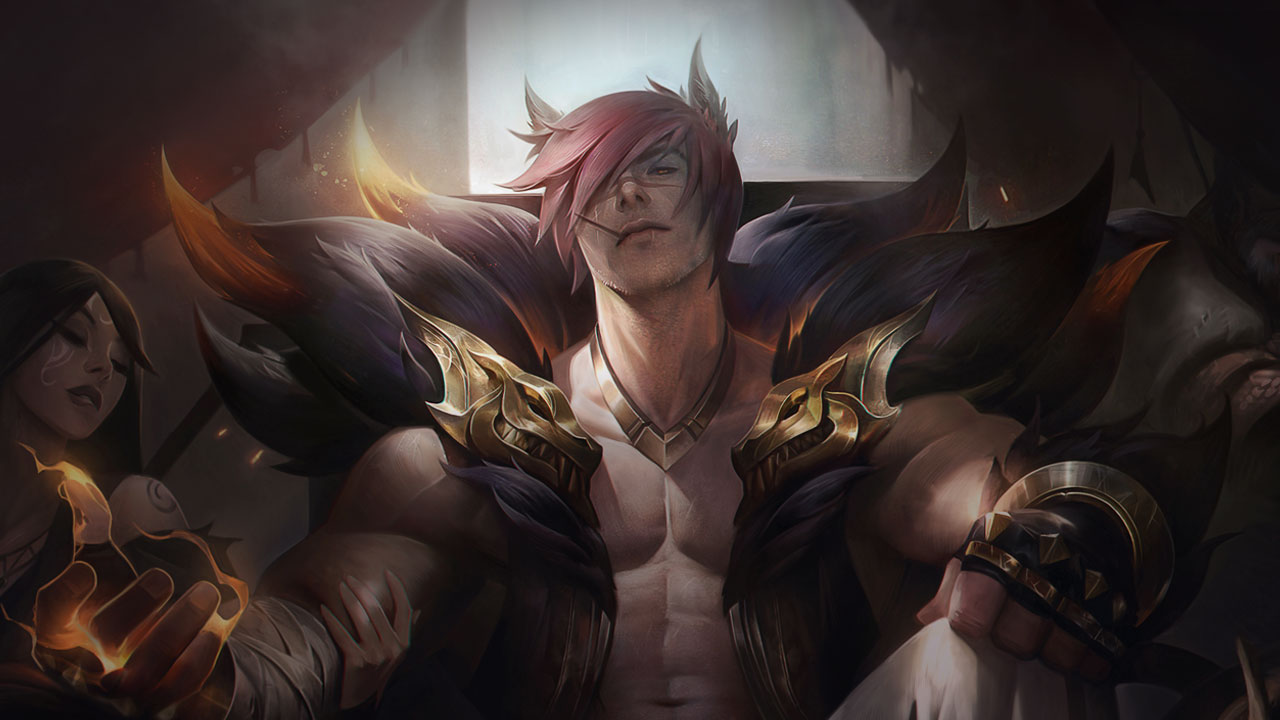 Sett is a bruiser, similar to Darius or Mordekaiser, so we can expect to see him mainly in the top lane. However, some believe he will be a Jungler or a mid-laner. While he might visit other lanes for a vacation, it seems like Top is where his home is.

You’ll probably have a hard time playing him during the first week anyway. People don’t know how new Champions play, so he’ll be banned much of the time. And, if he’s not banned, everyone will be arguing over him.

This is one of the biggest changes in patch 10.1, Aphelios’ base movement speed has decreased by 5, and his health has dropped by 30. No one really cares about that though, so let’s get to the juicy stuff;

You’ve no doubt seen the “Epic Aphelios Ult” youtube compilations, you might have even suffered one yourself. Or maybe, maybe, you’re the person responsible for those ridiculous ults. If so, then you might want to upload those pro plays quickly.

“Infernum should be Aphelios’ best ultimate option when 3-5 enemies are standing on top of each other, but 'best' doesn't have to mean 1-shotting a whole team. We believe we can trim some damage and still retain its position as the best against stacked enemies, so we're doing just that. “

It’s hard to argue with this. Riot seems to realise that one-shotting an entire enemy team isn’t good - even Annie struggles to do it! Now it should still be possible, however, you won’t be able to nuke everyone despite being AFK for the first five minutes. 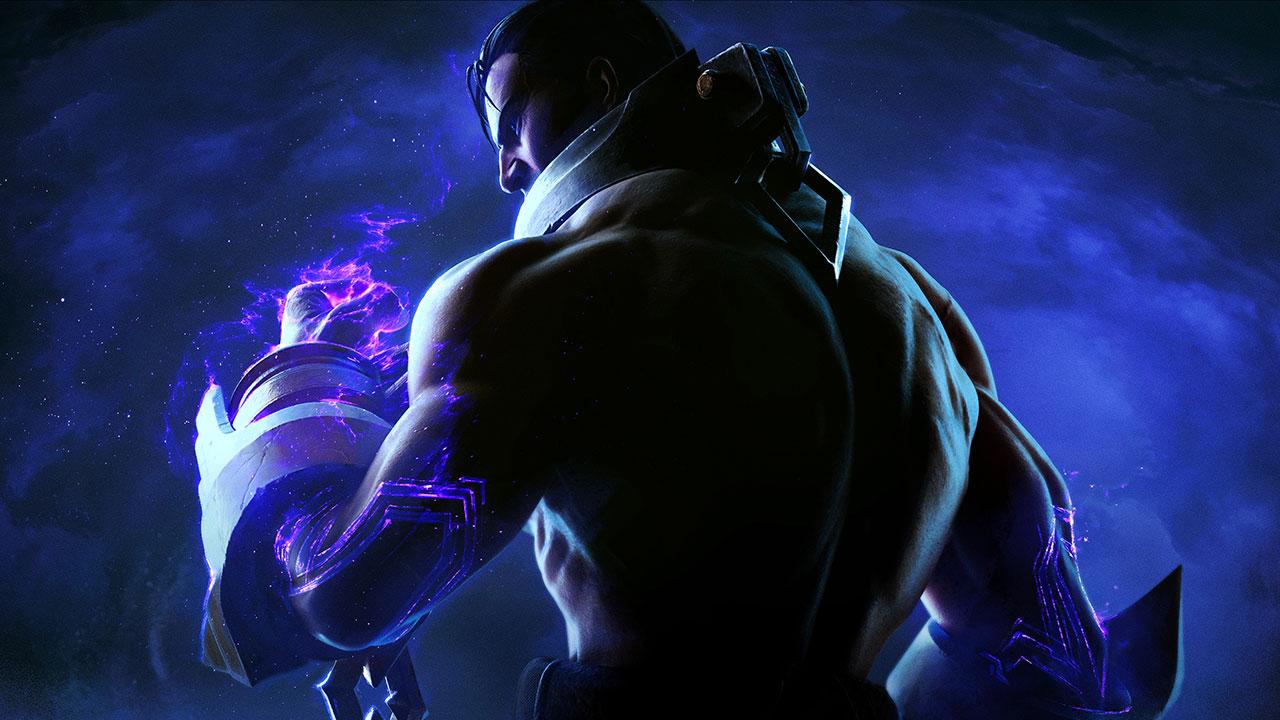 While we believe Sylas needed a change, this isn’t it. Riot clearly thinks that this patch is just the thing to fix him. We disagree.

It’s best if you hear both sides of the story though. First, we’ll show you what Riot’s argument is, before making our own;

“Sylas has been difficult to stabilize for all brackets of players and has an extremely long record of changes since his release. Due to that, we promised that we'd do some bigger work on him outside of number tweaks that would help bring the gap between all levels of Sylas players closer.

First, we're changing his early lane to be more in line with someone like Ekko and Fizz, champions that have less control in the early laning phase, but get stronger with levels. Secondly, we're balancing him as a midlaner and prioritizing changes that encourage him to be used there instead of other lanes. And finally, by removing his E>Q combo and slowing down his basic attack pattern, we're making a good faith effort to retain his auto-weaving bruiser playstyle while also making measures against the speed in which he bursts down his enemies.

We'll be looking closely at him in the coming months to see how these changes have landed!”

If you think that sounds fine, then you’re not alone! We agree with the direction that Riot wants to take Sylas in, however, the changes themselves shocked us.

Sylas’ Chain Lash ability no longer slows, which is bad news if you enjoyed building Rylai’s on him. Additionally, his combo has been gutted completely. In the past, it took some skill to pull off Sylas’ combo, but that’s no longer the case.

And to make things worse, Sylas’ Kingslayer ability now heals for 100% more health when below 40%, instead of 75%. Hang on

We’re not sure what Riot’s doing with Sylas. We can’t say whether they want him to be an assassin or a brusier, or a blend of the two. They also seem to believe that being hard to master is a bad thing.

While it’s nice to have Champions that are easy to pick up and play, we need variety. Sure, the combo can be hard to pull off. Why is that a bad thing though? It rewards players for investing time into Sylas, and when they DO land the combo, it feels amazing.

We will have to wait and see where Riot goes from here. Perhaps they’ll get Sylas back on track at some point.

This is one of the sneakier nerfs of patch 10.1. It’s tucked away in the “Bugfixes” section of the patch notes. While this is technically correct, the thing that they’re stripping away has become an ingrained part of League of Legends.

Champions such as Diana and Udyr relied heavily on this item, but we get it. Riot can’t have every Champion be strong, could they at least be viable though? Granted, Udyr is seen in some divisions, but it’d be great if we could have more of him.

It’s understandable that this wouldn’t be the largest patch. After all, Riot has been on vacation, and they don’t want to shake things up so close to the start of the new Season. It would still be nice to have had something a bit more interesting though.

That about covers the main changes of patch 10.1! There are a couple of smaller changes that we didn’t mention – for instance, Aurelion Sol received a slight nerf (No big deal, he’s not played anyway) and Jayce got a teeny buff to his Shockblast.

Of course, if we were to try and list every change, this post would be far too long! Don’t worry though; you now know all about the main ones that are likely to affect you.

Content Writer
Richard is our resident League of Legends player. He knows everything.
BUY SMURF ACCOUNTS BUY RARE SKINS
09/02/2021 • Richard Heimer
Introducing BoostingBoss
09/02/2021
Read about the new quality of elo boosting - BoostingBoss by Unranked Smurfs
Read more...
30/11/2020 • Richard Heimer
Everything We Know About Wild Rift
30/11/2020
It took Riot a while, but the game to crush all mobile LoL clones is on the way. Find out everything we know about Wild Rift here!
Read more...
30/03/2020 • Richard Heimer
Star Guardian Urgot Is Finally Released!
30/03/2020
Star Guardian Urgot has been a popular meme skin for a long time, but now? It's finally purchasable in the Riot store!
Read more...