Everything We Know About Wild Rift

You are here: Home / Blog / Everything We Know About Wild Rift

Have you ever been out in a café or on the bus and thought; “Man, I wish I could lose all my LP right now.”

If so, then boy do we have just the thing for you.

Wild Rift is one of the many ways Riot is putting the “S” in “Riot Games.” But what is it all about?

Well, climbing the ranked ladder can be tough if you’re busy trotting across the country – or if you’re just a uni student with no free time on your hands. Well, you don’t need to worry about that any longer! Wild Rift lets you play LoL no matter your location.

Wild Rift is a game for consoles and phones, which poses one big issue – people can’t play with a mouse and keyboard. So, how is Riot going to simplify LoL, without losing what makes it the game we love so much?

The Mechanics Of Wild Rift 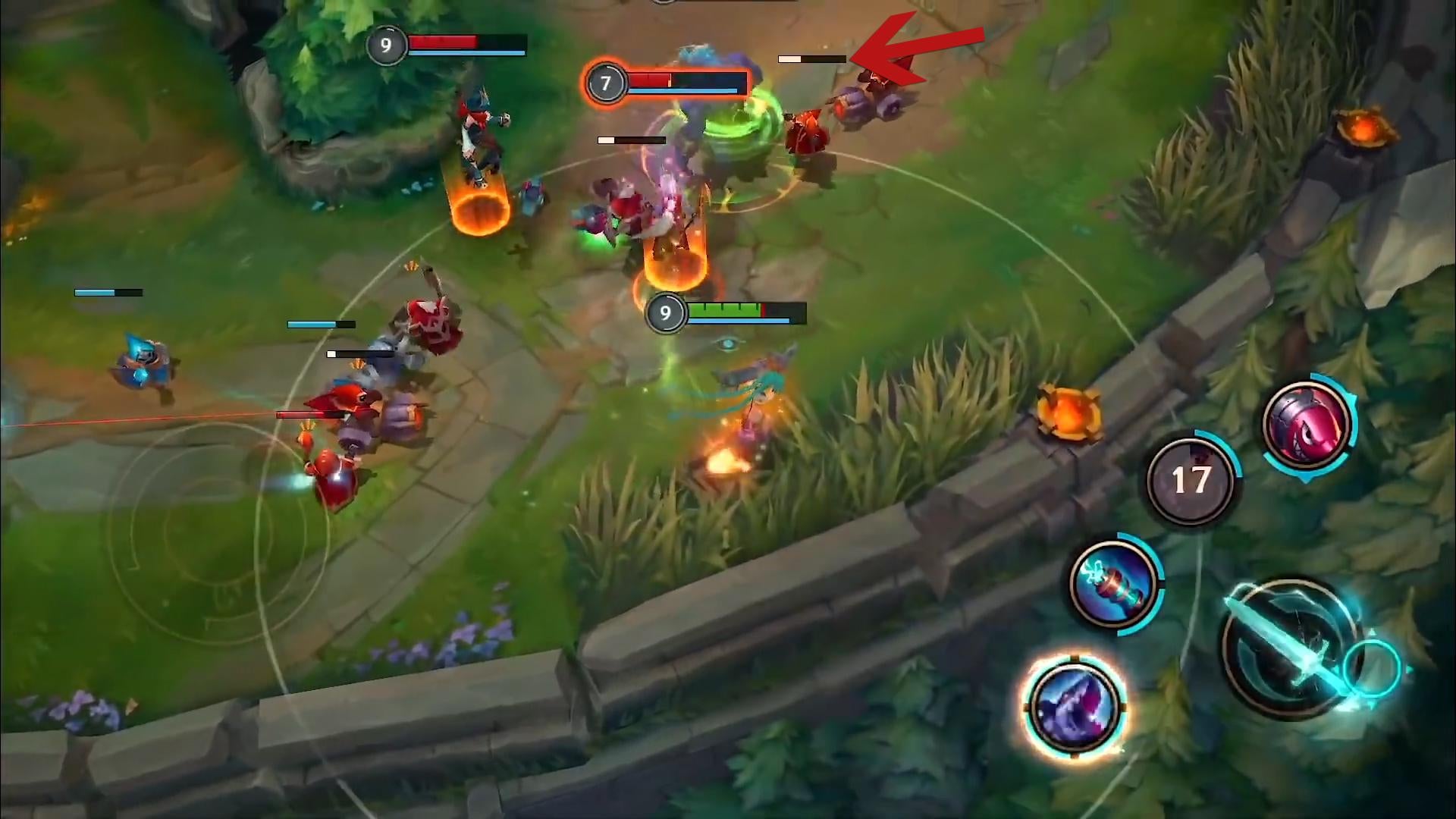 If you’ve ever played Sonic or San Andreas on a phone, you’ll know what the dual joystick system looks like. If not, it’s super simple to understand.

First off, you no longer click to move your Champion around. Instead, you use the left joystick to maneuver them about the map. As for Champion's auto attacks and abilities, well they can all be found on the right side of the screen.

All you have to do is type the ability you wish to use, and bam, it’s used!

At this point, you might be wondering how this could possibly work. After all, there are so many Champions with mechanically complex abilities. How could it possibly work on mobile? Well, it doesn’t.

That’s why Riot has had to change multiple Champion abilities. For instance, Annie’s Q is now a skill shot that you aim with the right joystick. Great news for any mid laners who are tired of dying to her point and click CC.

Riot is also keen to move away from any passive abilities, as they make the game easier for some Champions. For instance, Vaynes Silver bolts is now an attack speed buff – which still applies silver bolt stacks, don’t worry Vayne mains!

There have been a few changes that have shocked us though. Did you think Ashe’s ult that stuns for 3 seconds was balanced?

Well, Riot has had second thoughts and has turned it into a guided projectile. What this means is that it can now be moved toward the target mid-flight, like a Sion charging at you. Scary stuff indeed!

Not only that, but Shyvana is also getting a few tweaks. Instead of the + 5 MR and armor she usually gains for killing a Dragon, she now gets different buffs depending on the type of Dragon.

If Shyvana kills an Infernal Dragon, she gets a dash of true damage. If she kills a Mountain Dragon, however, she gains a slow to her kit.

It’s not the fact that we can play LoL on our phones that makes Wild Rift so awesome – although that is cool. No, it’s the fact that Riot has the freedom to mess around with the ideas we mentioned above. The bigger an organization gets, the slower they are to move. Riot can’t take big risks like having a curving Ashe arrow in their main game. Why? Because there’s so much riding on their shoulders.

If Riot messes up the meta, they might upset the pros. And, they might lose players. Of course, they can have Lux ults that go across the entire map in Wild Rift, because it’s a small game. It’s a sandbox for their creativity, and we can’t wait to see what they build.

We don’t think Riot made these changes because the current version doesn’t work for mobile. No, as mentioned above, we think they just want to test ideas out.

One huge idea that we hope makes it to live is the idea of scaling buffs. After all, if Harold the Rift Herald can upgrade into Baron Nashor, why not Red and Blue buff?

The concept is simple. Once the late game rolls around, both Blue and Red buff become “evolved” offering additional bonuses. What bonuses might those be? Glad we asked.

Unlike standard LoL, Wild Rift Red buff now gives a flat damage buff, which means no more burn. As for Blue, well, he now offers both mana and HP regen. We imagine the evolved version of these buffs simply offer more damage/regen, but who knows?

Now, one final change to the Jungle, and it’s quite a biggie; 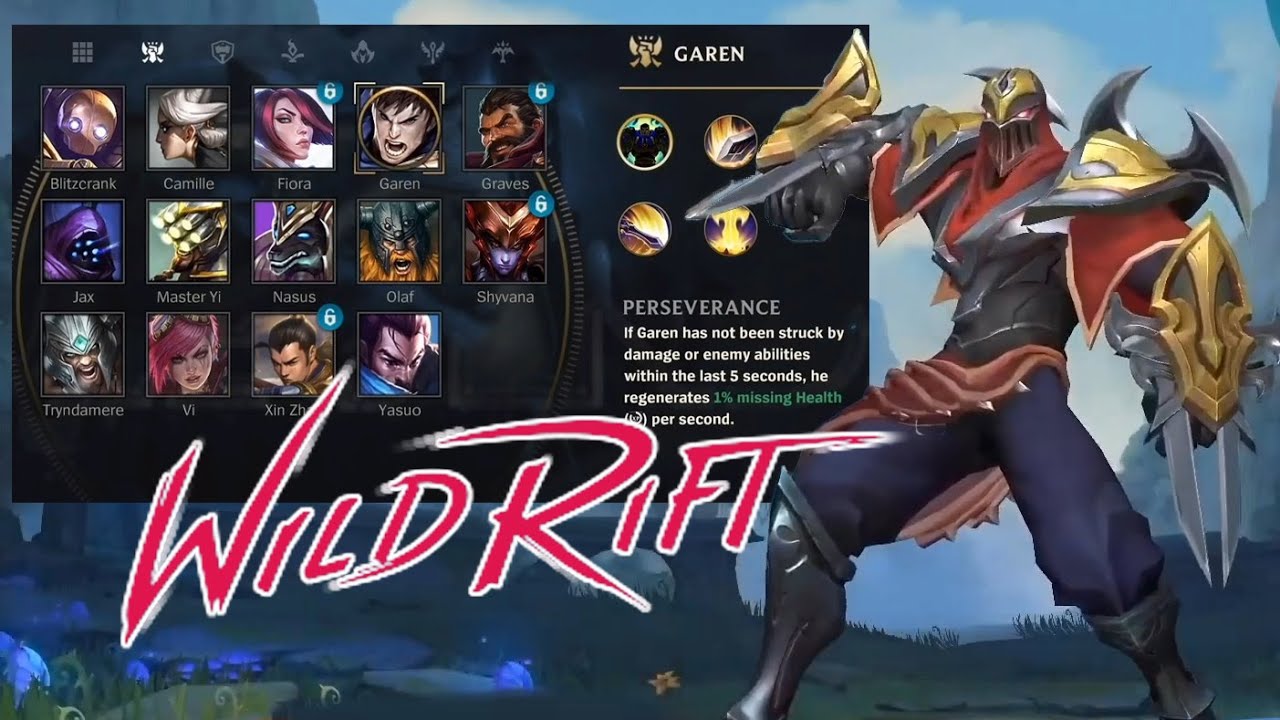 Unfortunately, some Champions are too complicated to play on mobile right now, but who knows? We might see them arrive in the future.

At launch, Wild Rift players will have plenty of Champions to choose from. These Champions are;

Now, if you’re a long time player of LoL, you might be hoping that your Champions will carry over – unfortunately, this is not the case, and you will have to buy them again. The good news is that it’s still a free game, and you should be able to earn them back in no time at all.

Skins will also not carry over which is quite a bummer, especially when you’ve spent as much as we have. Still, this is happening for a very good reason.

Skins are having unique animations added, making each one even more unique than they ever were on the desktop version. Plus, if you’re a long time LoL player, there will be a special gift, just for you.

Which Champion are you looking forward to playing on Wild Rift? And which Champion do you think would be the hardest to play on mobile. Let us know in the comments down below!