Why League of Legends Gameplay is the Best

You are here: Home / Blog / Why League of Legends Gameplay is the Best

With hundreds of different MOBA games out there, from DOTA 2 to Smite, players are constantly arguing over which game is the best. We think it’s undoubtedly League of Legends. Why?

Because League of Legends gameplay is the best.

Let’s face it, every MOBA is different, offering its own unique twist on the genre. DOTA 2, for example, doesn’t have a recall feature, but it does have a courier that will bring items to you. League of Legends, on the other hand, gives players a choice of summoner spells to help aid their battles, but doesn't have a courier. These features, although small, offer 2 entirely different experiences.

Let’s begin with someone who's shoes we have all been in; The noob - first introduction to gameplay.

Simple And Easy To Learn 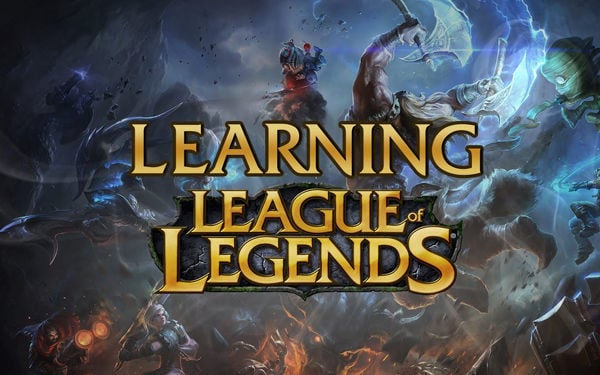 When first starting out with a MOBA, the number of champions and heroes available can be a little overwhelming. With lots of MOBAs having over 100 champions to choose from, where do you start, and which do you pick?

League of Legends makes it easy for first-time players, as they're allowed only a handful of champions. Unlike other MOBAs such as DOTA 2, LoL requires you to buy or unlock champions before you can play them. This might sound like a bad thing, but its actually a positive.

If you’re new to the game and there are only, say, 10 champions available, then you are going to keep playing the same champions, eventually mastering them. Compare this to DOTA, where you can pick any of the hundreds of champions; you could play 100 matches and still have no clue what any of them do.

By limiting your champion pool, learning the champions in the game suddenly becomes a lot easier. This is one of the main features of LoL, by limiting champions to new players and not letting them play everything at once, players can focus on learning certain champions.

But this isn’t the only reason why League of Legends is easy to learn compared to other MOBAs. LoL also has less complex features. Perfect for a new comer to the MOBA genre.

Unlike DOTA 2, League of Legends gameplay does not consist of couriers and the ability to deny CS. Although they add new elements of gameplay to the game, for new players they are too advanced. Killing enemy minions is already a challenge - Combine that with the need to kill ally minions, and it's enough to make a new player want to kill themselves.

If you’ve never played a MOBA before and it’s your first time, then you’ll certainly appreciate League of Legends gameplay over any other MOBA. 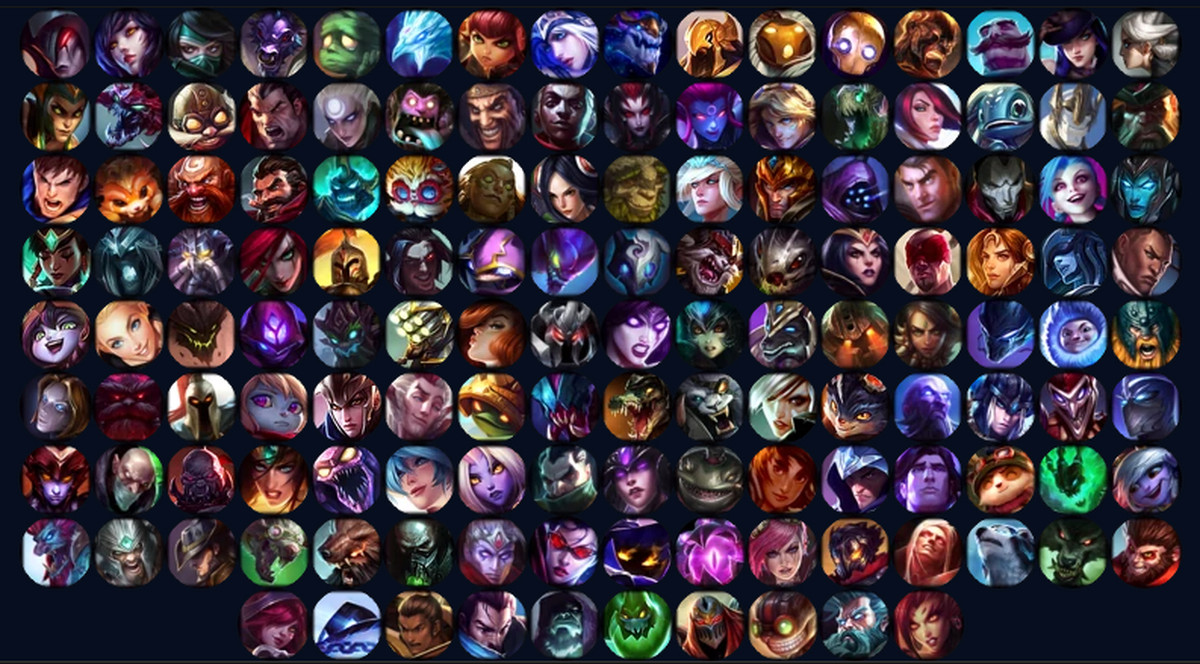 Once you’ve got past the learning stage of a MOBA, you’ll soon start to realise that more champions are better. Every champion has its own unique playstyle and can be used to counter other champions in the game, by having more champions it opens up a whole new world of strategy and gameplay.

League of Legends currently has 151 champions different champions in game which makes it one of most exciting MOBAs. Every champion has its own strengths and weaknesses, with each champion counter another. Think of it like Pokemon, where each class works well against another. Or rock, paper, scissors, if you're from a pre-pokemon era.

By having such a large range of champions available, players can create many team combinations which make the game more entertaining. There’s nothing more boring than playing against the same champions again and again.

The number of champions can make or break a game, too many and you’ll start to forget what every champion's abilities are. Too few, and every match will hit you with a sense of déjà vu!

Another element that makes League of Legends gameplay so great is the regular updates. Riot Games, the developers of LoL, put a lot of time and effort into developing new content for players to enjoy. From new champions to new game modes, the frequency of updates is highly impressive.

To put things into perspective, in the year 2016 DOTA 2 released 2 new champions. In the same year, League of Legends released an outstanding 6 champions. It might not seem like a big deal, but new updates and champions have a massive impact on the gameplay of a game.

League of Legends is also known for its regular rework of individual champions and class roles. It was only recently that Athene's Unholy Grail got removed from the game. Now if only they can buff Marksman for Season 11. That would certainly imporve gameplay.

At the end of every season the developers also implement a massive update which significantly shakes up League of Legends gameplay. Past changes have included Elemental Dragons, adding new items, and giving everyone new masteries.

Constant updates keep League of Legends fresh and unique, while other MOBAs lag behind. 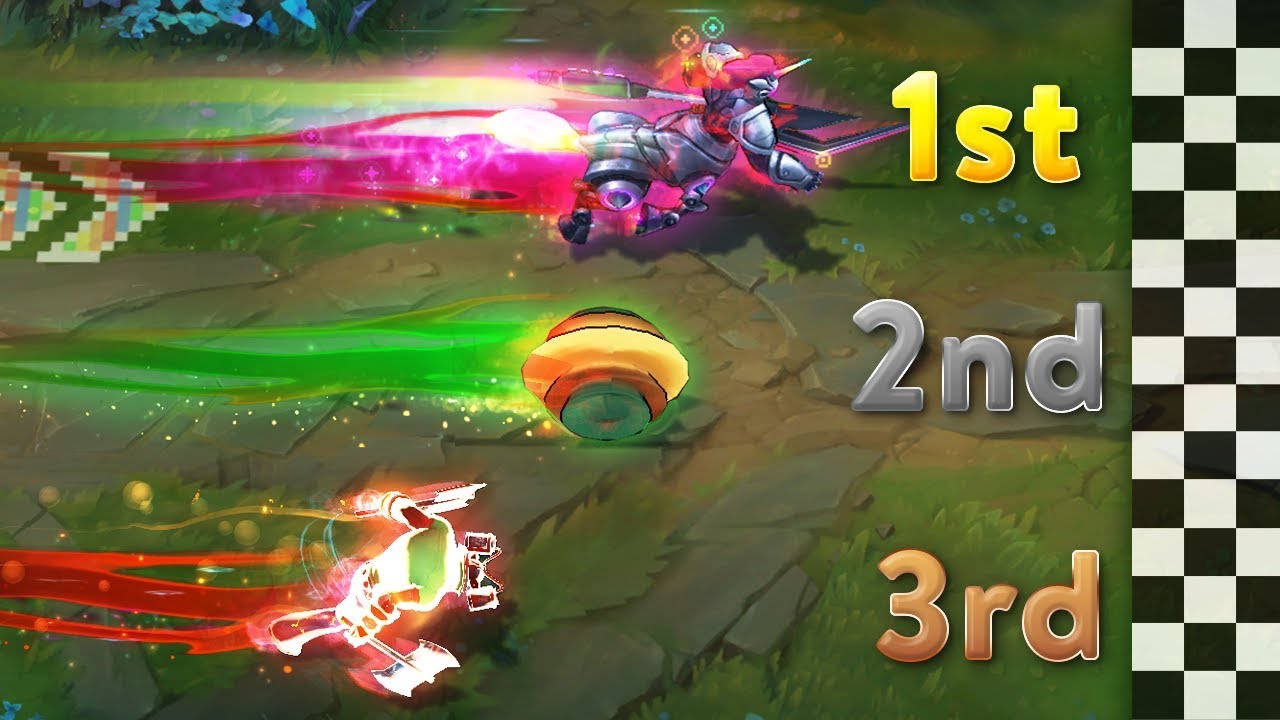 When it comes to gameplay, nobody wants to be sitting around waiting for something to happen. Instead, they want to be battling it out with their opponents in lane, racking up those kills. Lots of MOBAs have different ways of speeding up gameplay. This usually involves trading old features for newer, more streamlined ones.

DOTA 2, for example, allows players to transport items from the shop all the way into their lane. This means they don't have to run back to base to pick the items up. In addition to this there are also several stores located around the map that players can buy from. Again, this removes the necessity of running to the shop to buy items. In addition to this, DOTA 2 also allows players to teleport to towers and structures if they buy a town portal scroll. This save them the long run all the way from base back to lane.

League of Legends also has several of its own unique features which speeds up the gameplay for players. The first is that players can pick from several summoner spells to aid in their battles. One of the choices is teleport which allows the players to teleport to any structure or friendly minion on the map, including wards. If you want to get right back into the action, you want to come packing Teleport.

Unlike DOTA ,2 the teleportation doesn't have to be bought from the store and doesn't take up an item slot, this gives the player more room for important items. In addition to this, all players get a free recall spell - included with no cooldown at all! This recall spell allows any player anywhere on the map to teleport back to base. By giving players the ability to teleport around the map with relatively low cooldowns, players are fre to focus on the important things like scoring that multi-kill.

Even the early game - which some call the slowest part of the game - gives players plenty to do. It's like a game of chess. A newbie might see it as slow, but much tactical depth lies beneath the surface.

Of course, these are only some of the reasons League of Legends has such incredible gameplay, but hopefully it's enough to convince you!

Content Writer
Richard is our resident League of Legends player. He knows everything.
BUY SMURF ACCOUNTS BUY RARE SKINS
03/11/2020 • Richard Heimer
How to Hack People's Minds in League of Legends
03/11/2020
You might think that you're only 1/5th of your LoL team, with no control over anyone else. Well, the truth is that, with the right strategy, you can control your team, the enemy team, and the entire game.
Read more...
07/09/2020 • Richard Heimer
Top Team Comps For League of Legends Clash
07/09/2020
Winning at Clash isn't everything, but it sure does feel good! To play at the highest level, you need to know about the best team comps.
Read more...
02/09/2020 • Richard Heimer
6 Games To Play While Waiting In LoL Solo Queue
02/09/2020
Waiting in the LoL Queue is as boring as watching Soraka vs Ezreal. So why not fill the time with some mini-games to get you ready for a match!
Read more...