Why does Blue Side win more Games?

You are here: Home / Blog / Why does Blue Side win more Games?

Does blue side win more than red side in League of Legends?

It’s a question that has plagued the Riot team from as early as 2010. Back then blue would win around 4% more games than purple (which is now red), a statistic that been pretty constant throughout the years.

Wait what? People have a higher chance to win just because they get blue side in a League of Legends game?

But this must be a problem at low elo only right?

Not exactly. In the LCS (The Highest League of Legends ELO), studies have found that the blue side will win around 4 in every 7 games, where as the red side will only win 3.

Haven't Riot tried to fix it?They have tried but they haven't succeeded. Riot have tweaked the camera angle on the red side, adjusted red side to have a higher mmr, given red side the advantage in pick and ban and some players even claim the red side minions are naturally stronger.

So what's going on? What’s causing this problem and how can Riot fix it?

To help understand the issue let's look at some statistics. Here’s an infographic we produced in July 2017 to clearly show the advantage blue side has over red side in a game of League of Legends. 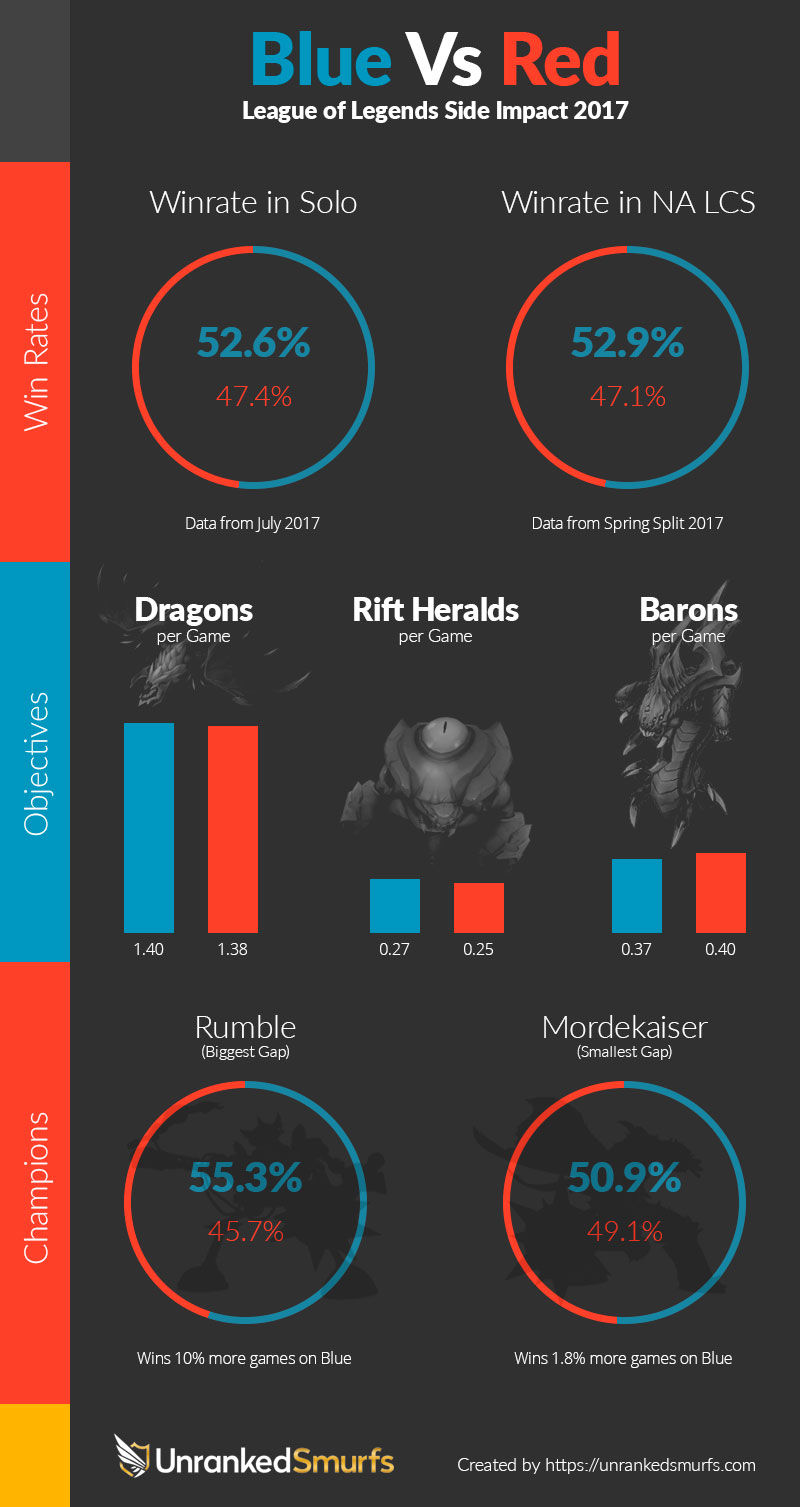 You can see a full scale resolution of this infographic here.

We've already established that the League of Legends blue side has an unfair advantage, but why?

Red Side Gets more Barons

You might think Baron has a larger impact on the game, but you're wrong.

Red side receives slightly more Baron buffs but the issue is it's very rare for a team to take the Baron when they are behind. The early game has a huge impact and by the time Baron spawns the game could already have been lost. This really cements the advantage that blue has over the Dragon in the early game.

Here's an infographic that shows the chance of you winning a game based on the objective and your team colour. You'll notice that blue is ahead in every single objective. 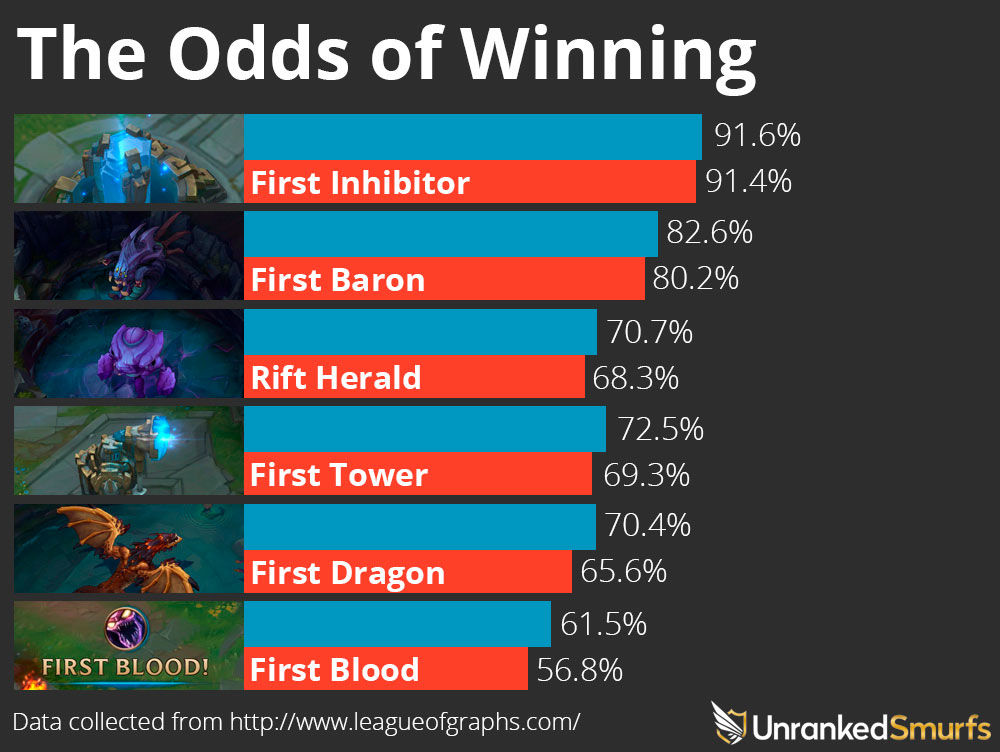 You can see a full scale resolution of this infographic here.

Yikes. In any League of Legends game, the blue side has a higher chance of winning after any given objective than the red side.

It’s a bold statement but it’s backed up by statistics. In fact, the last time the red side had a higher win rate than the blue side was June 2016.

And it only lasted for one patch.

So, what’s going on? Why does blue side have an advantage in League of Legends?

Why League of Legends Blue Side Beats Red

The Layout of the Rift

Anyone who has played League of Legends will be aware that the blue side is not the same as the red side. The map is mirrored. This means that the map has no symmetry axis at any point. Here’s an image of the rift, you’ll notice that objectives like buffs or epic monsters are flipped along the diagonal axis. 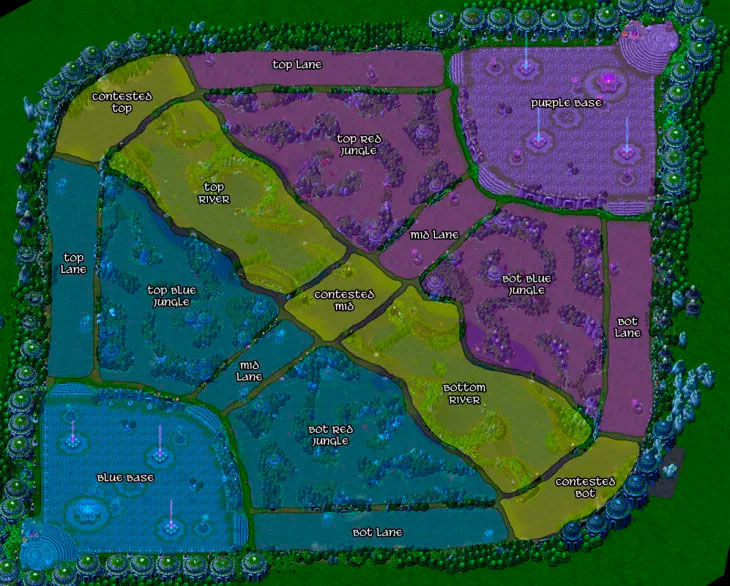 "But what about the Rift Herald, surely these advantages are the same for red Side?" I hear you cry.

Well it’s different because the Rift Herald is at the top side of the map. Count the number of players on the bottom half of the map, now count the number on the top. You'll find they are different. This changes the dynamic of this area and makes it much easier to either sneak this objective, or force a fight around it with only three people. This makes a 5v5 team fight much less likely and the location of the blue side jungle ramp gives them an easy escape from any lost skirmishes around this objective.

Finally the Baron. It's true that the red side does have an advantage over this objective but by late game this advantage has mostly gone. A loss of control of their own jungle as well as the likelihood of one team being behind makes this late game advantage inferior.

There’s also the argument that certain champions will perform better on the blue side due to the terrain differences. It’s harder to gank a pushed top lane when you're jungling on the red side because you'll have to go into the enemy jungle. You can see this advantage in champions that are happy to freeze their lane in a safe position and farm. Champions like Nasus have a 5% higher winrate on the blue side than the red.

There’s also the jungle clear. If you want to start on the red buff and you’re on the blue team then you’ll get a pull from your support and ADC. If you’re going to start red buff on the red side then you’ll only get help from your top, and maybe the mid if they’re feeling nice.

This completely changes the timings on the jungle camps, but players could play around this right? Sort of.

Warding and smart ganks will remove a lot of the terrain advantage and river control will give the red side a better chance of controlling the dragon but some junglers will always perform better on the blue side, no matter how hard you try.

But these advantages seem small. There's a chance the blue win rate could be maybe 51% but at it's peak it's been as high as 54%! There has to be something else.

Ah, the pick and ban. More than just a smaller Twitch chat, this is a place where you can win or lose a game.

Unfortunately, many players aren’t aware it’s fully possible to win the game outright through the pick and ban stage.

“But red side can counter pick every champion!”

That’s true, but blue side can also pick the first champion. This is an advantage for certain patches, such as the Worlds Patch in 2015, where Gangplank and Mordekaiser saw action in almost every game. But patches like this are few and far between.

In general the red team will have an advantage in the pick and ban phase. It's one of the few times it's better to be on the red team than the blue.

This is one method riot have used to try to counter the blue side advantage on the rift. Unfortunately, especially at low elo, most players are unaware of how to use this advantage effectively to overcome the biggest disadvantage the red side faces: the League of Legends character camera. 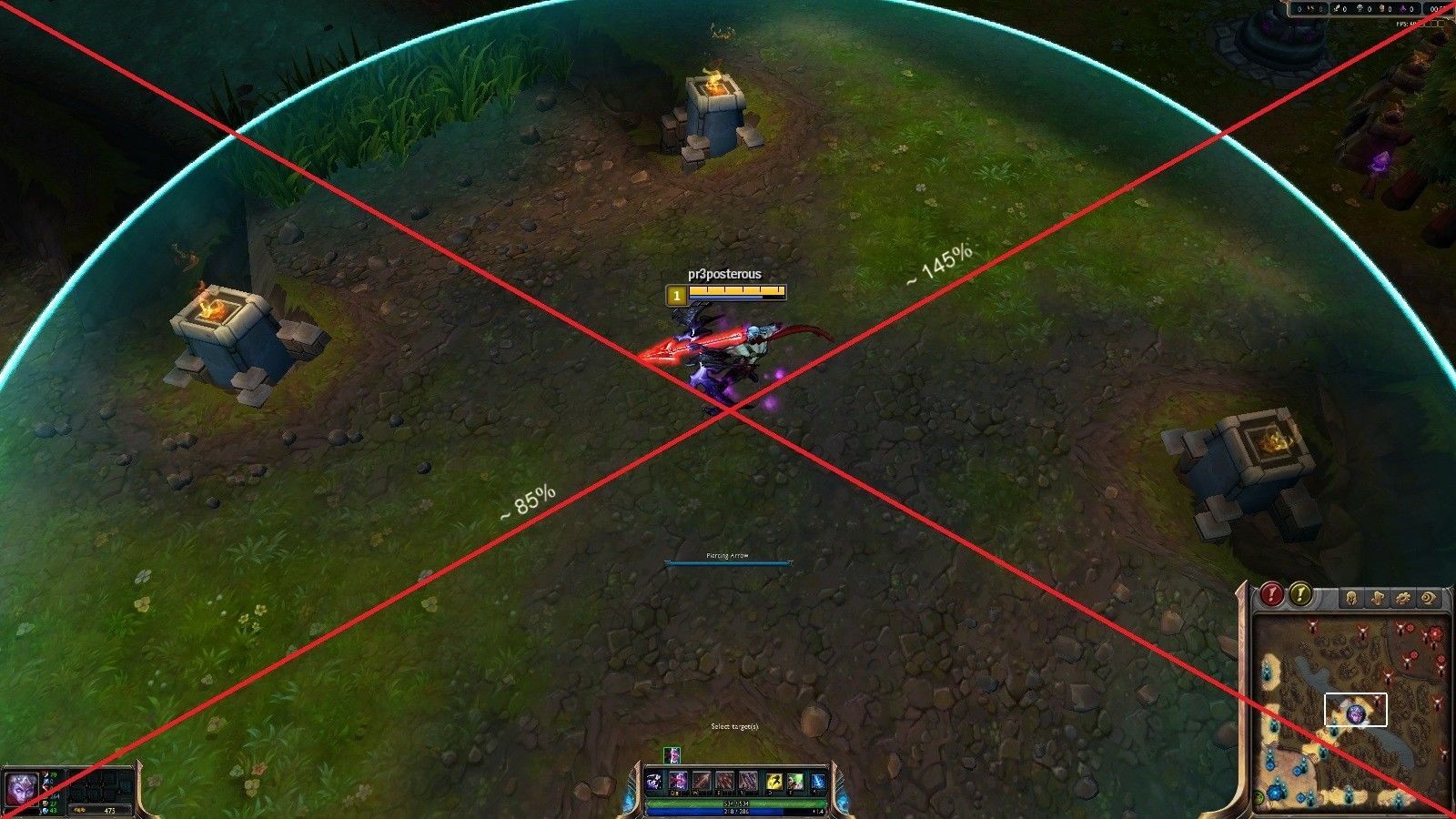 But how do we know that the camera angle is significant?

Let's eliminate everything else. Let’s take a look at One for All Mirror Mode.

The One for All Mirror Mode was a game mode on the Howling Abyss where all 10 players would be the same champion. It had no dragon or Baron, no pick and ban, and a completely mirrored map. This meant the only differences between the two teams were player skill, and camera angle.

If we use a large enough sample size we can eliminate player skill which leaves us with an excellent study of the effect of the camera on red vs blue. Here’s what was found:

This gives the League of Legends blue side a win rate of 56.4%. Is this significant? Perhaps. It probably confirms that the camera angle has an impact, we just can't quantify it.

Does Blue Side have an Advantage on Twisted Treeline?

This is an interesting one. 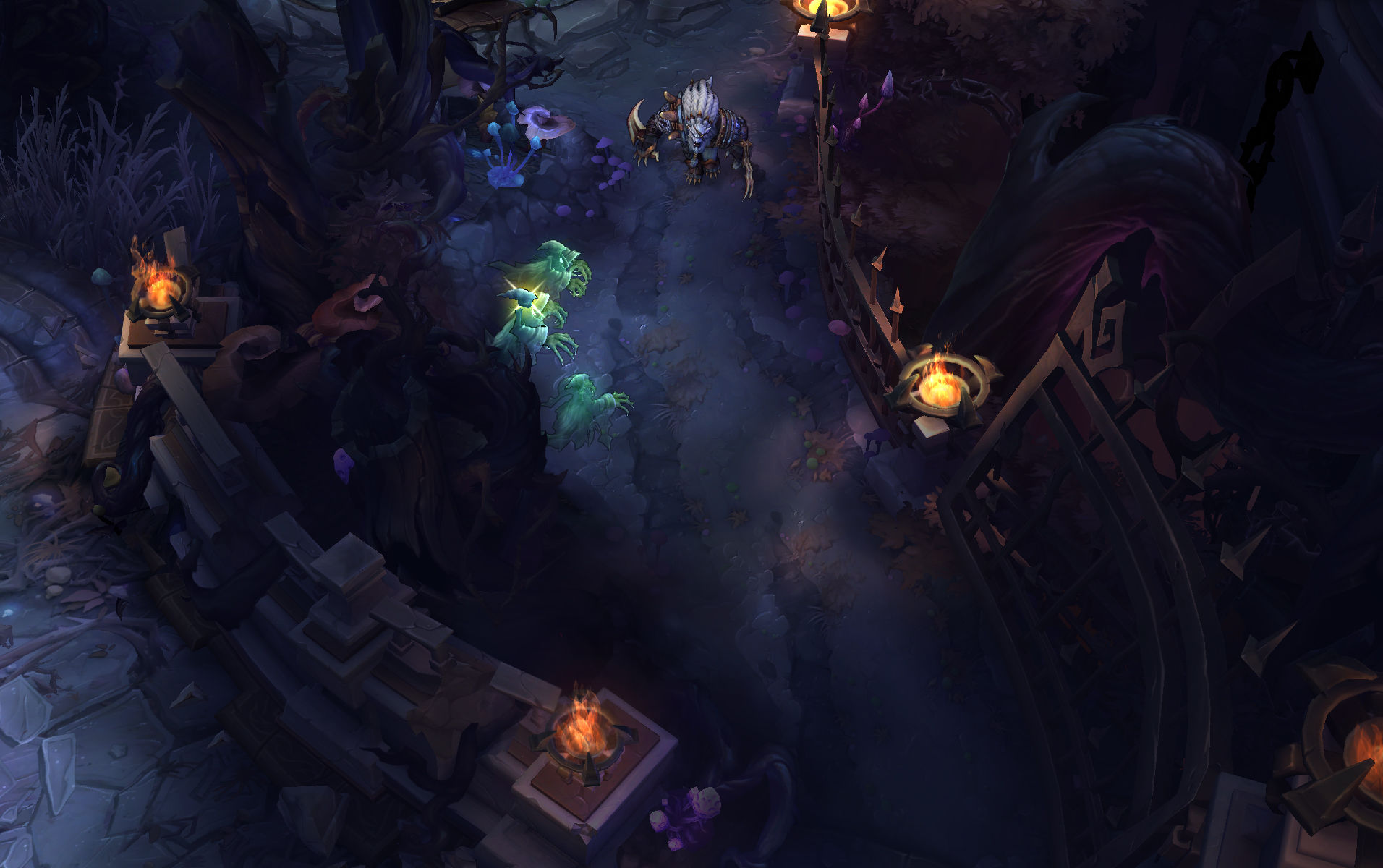 Twisted Treeline is a game mode where the camera is looking at the map the same for both players, and the win rate was almost 50:50.

By using what we know from ARAM and Twisted Treeline we can therefore say, with confidence, that the camera angle is most likely the single biggest contributor to the advantage the blue side has in League of Legends.

How can Riot Nerf Blue Side?

Realistically the only solution for Riot would be to figure out a way to mirror the camera for both sides. This has been successfully introduced in games like Battlerite where the camera mirrored which mean's you'll always be on the left side. The game goes further by mirroring your input commands, so you’re always on the left side of the map.

Unfortunately, this only works because Battlerite uses maps that are completely symmetrical. This wouldn’t work on summoners rift due to the monster and epic monster spawn locations.

Perhaps Riot can learn a little from games like Battlerite and find a way to fix the current issues with their camera. They could look at moving the UI for the red side or use a new camera angle that will work for both teams.

Until Riot do consider this you’ll always have an advantage on the blue side. Learn how to use it and you’ll turn a disadvantage into an advantage.

Content Writer
Richard is our resident League of Legends player. He knows everything.
BUY SMURF ACCOUNTS BUY RARE SKINS
08/10/2020 • Richard Heimer
The Explosive Rise of Esports
08/10/2020
Esports is growing at an incredible speed, but is it likely to beat traditional sports?
Read more...
29/07/2019 • Richard Heimer
Comprehensive League of Legends TFT Cheat Sheet
29/07/2019
With so many Champions, Items, Origins, and Classes, remembering them all feels like an impossible task - but with our cheat sheet, you don't have to!
Read more...
28/03/2018 • Richard Heimer
League of Legends Rank Distribution 2018
28/03/2018
Exploring the rank distribution in League of Legends can yield some interesting results to analyze. To help, we've taken data from the Riot API and made a graph for the ranked distribution in each region. These results are not only interesting, but the Japanese results really surprised us. Take a look at the graphs here.
Read more...