Why There Needs to Be Less Trolling in Online Games

You are here: Home / Blog / Why There Needs to Be Less Trolling in Online Games

We all know that feeling when you’ve just won a game and everyone starts spamming the chat with “gg ez” or “bg boring”. Although these remarks are after the game has finished they can still be classed as trolling or unsportsmanlike and trolling in games needs to stop. Here’s why. 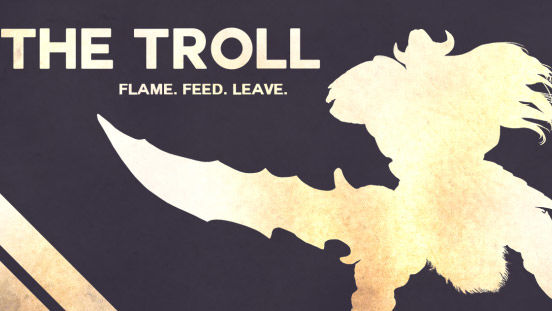 The term “troll” or “trolling” can be used to describe a wide range of players and actions such as a player who is trying to anger someone for their own amusement. This could also be simplified to other terms such as a trouble maker or griefer. Although many terms can be used interchangeably they all relate back to the same thing, someone who ruins the game for everyone else.

There are many ways a game can be ruined, such as purposely shouting at all the players on your team or constantly insulting everyone for playing bad. None of this makes the game fun or easier and in fact makes everyone play worse.

Can’t We All Just Have Fun?

So you might be thinking why is trolling that bad? It’s just a bit of fun. Although it might be just a bit of fun for the person trolling it can easily ruin the game for everyone else. If you’re purposely trying to anger everyone on your team it might seem hilarious from your point of view but other people trying to have fun might not see the fun in it.

In game trolling does many things and ruins the game in many different ways. Not only does it make the game less fun and enjoyable for other players but it can also wind players up and make them angry. When people get angry they are much more likely to rage quit, go AFK or play bad. If you’re on the same team as them then this is obviously the last thing you want to happen as it decreases the chances of you winning the game. But then if you’re trolling did you really want to win the game in the first place?

When people spam the in game chat or voice chat with insults and abusive language it can really distract other players in the game and take the focus away from the gameplay. Let’s face it, when you’re playing a game and two people are arguing you just want to just sit back and read the chat. But watch out the enemy jungler just dived you... aaannd you’re dead. As great as it may be to sit back and read the comments it can be very distracting.

What Can Be Changed?

There are a few ways in which trolls can be dealt with online. If someone is giving your grief in a game or purposely angering you, many games nowadays have built in block features to silence certain players. Once blocked you will never be able to receive any messages from them in the future. This is great if someone is really annoying you and putting you off during a game. Although this doesn't stop them from feeding or ruining the game in other ways, it’s still satisfying to know you’ve silenced them.

Many games also have report features where you can report a player for bad behaviour if you feel they’ve been abusive or trolling in game. If reported enough times then the player will receive a ban for their crimes against online gaming and justice will be served.

But should there be more ways in game to help deal with online trolls? Well in fact, one major games developer has already started to tackle online trolls with a unique twist. 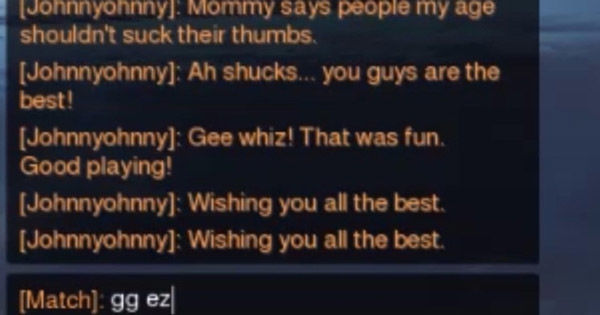 To tackle the poor sportsmanship from certain players Blizzard, the creators of Overwatch have recently introduced a new feature into the game to stop trolls from taunting other players. The new update edits the text chat of anyone who types a certain phrase. If you type the famous “gg ez” (good game, easy win for those who don’t know) your text will automatically be changed to one of the random generated lines by Blizzard. The phrases range from sportsmanlike congratulations to self-humiliating ones as well.

This is a great idea from Blizzard and it will be interesting to see if any other game developers do something similar to try and tackle online trolling. Although it’s just a small feature to tackle trolling we might start to see more and more unsportsmanlike catchphrases getting auto edited to something more polite.

Want to Pwn Some Trolls?

If you hate trolls and want to teach them a lesson then why not get a League of Legends unranked smurf account? These smurf accounts are perfect for pwning noobs at lower ranks and teaching those mean trolls a lesson. We currently have a wide range of smurf accounts available over a range of different regions. Click below to view our store!