What Does Smurf Mean? A guide to Smurfing

You are here: Home / Blog / What Does Smurf Mean? A guide to Smurfing

If you’ve played League of Legends for a while then the chances are you have heard of the term ‘smurf’, but do you really know what it means? Smurfing is a big thing in LoL and if you don’t understand it you could be at a serious disadvantage. 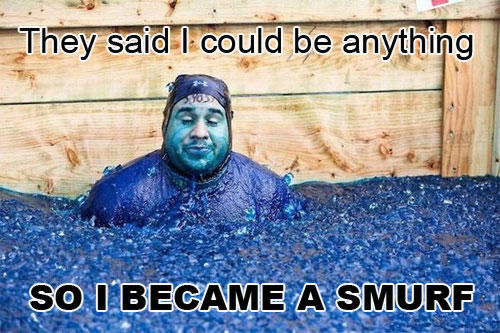 The term smurf originally came from the Warcraft 2 community back in 1996. Two pro players Shlonglor and Warp became so good at Warcraft that only a select few individuals would play them. Obviously playing the same people over and over became boring and they wanted to play new people.

The problem was every time somebody saw their name in game they would instantly decline the match. The two thought if they made new accounts with new names no one would recognise them. For whatever reason they decided on the new names “Papa Smurf” and “Smurfette”. Ever since that day high skill players playing on new accounts are referred to as smurfs.

Today we're going to explore the video game term "Smurf" and answer the question: What is a smurf?

If you're looking for other video game related terms, or want to answer general video game questions, then check out Video Game FAQs.

Why Do People Smurf?

Apart from the obvious reason of being able to play under a different name there are a few main reasons why people choose to smurf.

Sometimes ranked players climb so far up on the ladder it feels every game is a constant mental struggle and there is a lot of pressure to win the game. Sometimes you just want to enjoy the game with your friends and have a laugh. This can be hard to do if you are playing at high elo and you are expected to play flawlessly and win every game. Sometimes players need a break from the seriousness and want to unwind with some more casual games.

Speaking of playing with friends, if your friend just started playing League of Legends then it’s unlikely you’d want to play ranked with them straight away. Without learning the game inside out the chances are they’re going to be terrible. To get them up to scratch and show them the basics you’ll need to play with them in game.

In order to do this you would need a secondary account that doesn't have a ranking. This would allow you to both play on the same team against enemies of the same level. This way you can teach your friend how to play the game and have fun at the same time.

Some players just love a challenge and having one account in Diamond league is not enough for them. Why have 1 when you can have 2 and show off to your friends? Take WildTurtle and xPeke for example, both of these professional players have managed to get 2 accounts into challenge league within the same season! Not only does it display your skill but gives your great bragging rights.

Some players just want to try out a new role or champion and not use their primary account just in case it goes all wrong. There’s nothing more embarrassing than have 10 consecutive losses on your profile and damaging all your hard work. Practising on a new fresh account is the best way to do it as you’ll have a new name, new runes and no stats. A fresh start to practice until you’re good enough to play on your main account. 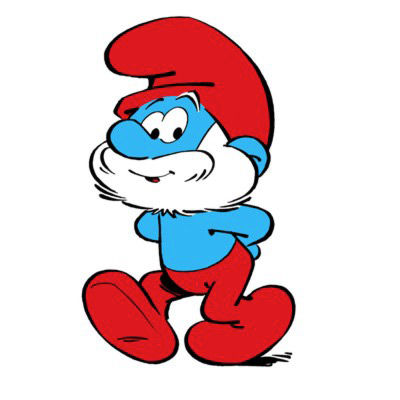 Another popular reason why people have smurf accounts is to play on a different server region. If you’ve already got an account on EUW then maybe you want to try moving to NA. Of course you can do this in the store but it’s expensive and if you want to move back in the future you have to pay again. Why not just get another account for that region only and keep your old one on the original server. This way you have 2 separate accounts and you can play on both regions. No region transfer fees or the constant back and forth.

Now you know what a smurf is and why people choose to smurf, it’s time to get your own. There’s so many benefits to owning a smurf account we could go on for hours about it. But for the sake of your sanity, we won’t.

We offer a large range of smurf accounts on our website for many different server regions. Each account comes with IP and RP for you to spend on whatever you like. Be sure to check out our store below.