How to Improve at League of Legends

You are here: Home / Blog / How to Improve at League of Legends

We all want to get better at League of Legends, but why? After all, to most new players, it seems so simple;

Like Chess, League of Legends is a complex game that appears extremely basic; you push down towers and destroy the enemies base before they can do the same to you. Well, if you’re reading this, then you know that it’s not so easy, not in the slightest.

If you want to get better at LoL, then you need to be skilled at a great many things. Here’s just a small amount of them;

It’s not unusual for new players to spend months, even years, trying to learn the basics of the game. Fortunately, we’ve been around since Season 1, and we’ve collected advice that can benefit both new and old players alike – not to toot our own horn or anything.

Don’t think that you need to focus on flashy plays to improve at LoL. The first tip we have for you is actually quite basic;

How To Get Better At LoL By Using The Minimap 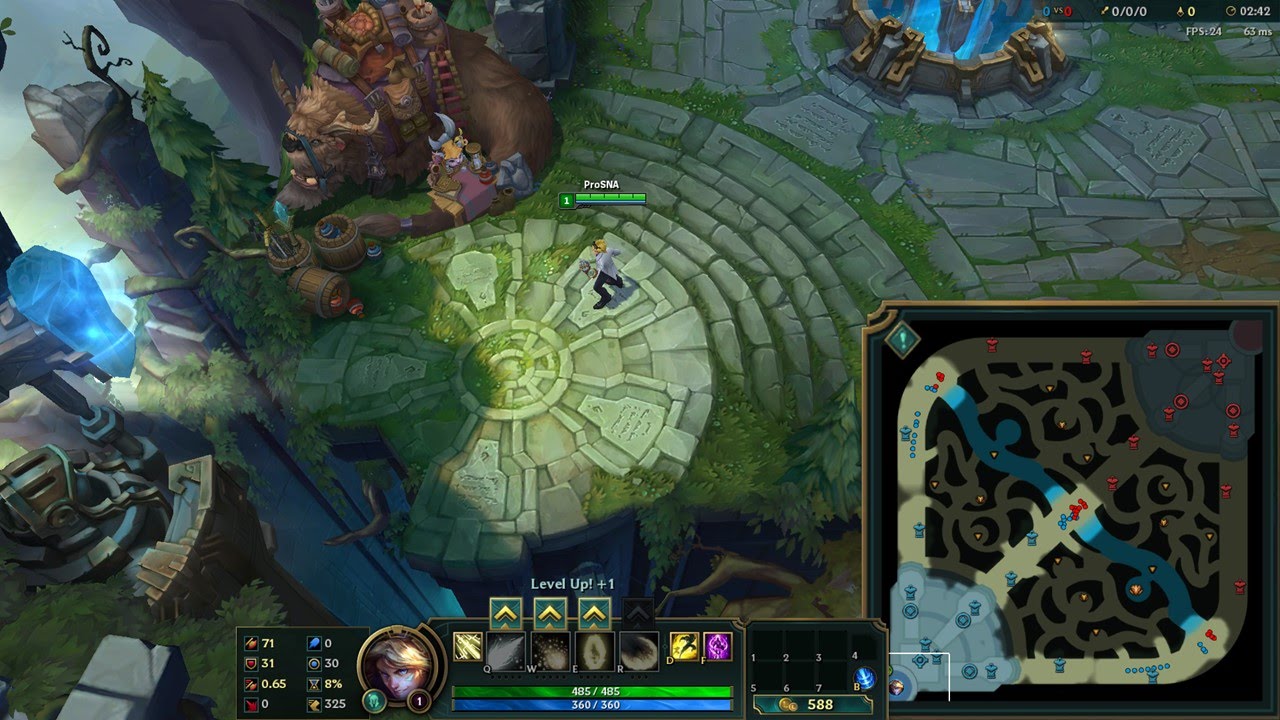 Use your minimap correctly. This seems easy, but like other simple advice, such as “eat healthy” and “exercise” it’s usually ignored. Most players just peek at it now and then to see if the Jungler is ganking – while this is useful, it can be so much more than that.

It’s not just the Jungler that you should be checking for. When you glance at your minimap, count heads. Are any of the enemy team missing? If they are, assume that they’re nearby.

This might seem like paranoia, and you might be right – except that now and then, someone actually will be trying to kill you. In these situations, you’re not paranoid, you’re prepared.

Likewise, if you see enemies missing and your teammates are pushing like they’re giving birth, tell them to back off. Don’t type that out though, that will end with you staring at a grey screen. So what should you do? That’s where our next tip comes in.

Contrary to popular belief, pings aren’t there for people to flame each other with. A well-placed ping can single-handedly win games.

You notice a sneaky Shaco making his way toward the Dragon. He’s just hit level 6. What do you do?

Stop farming for a second and ping ‘Assist’ so that your team knows something is going on. We recommend double-tapping, just to make sure they heard it. It’s also a good idea to ping straight onto the minimap.

Many players like to pan the camera onto Dragon Pit so they can get the ping right in the middle of it. This wastes time and threatens your life.

If you aren’t looking at your Champion, then you’re not farming – worse yet, you don’t know what your enemies are doing. Don’t fall into this trap; ping the minimap.

Make the LoL Minimap larger and the HUD smaller

You want minimap scale at 100 and HUD scale at 0. This lets you see the minimap much more clearly with just a quick glance. A larger minimap also helps you get into the habit of looking at it more regularly. How often should you be looking at it though?

Check Your Minimap Every 2 – 3 Seconds

2-3 seconds might seem like a lot, but you don’t have to stare at your minimap. Just a quick glance to let you know whether you need to push in, back off, or go to an objective. The more frequently you check your minimap, the better you will become at gathering information in seconds.

If you’re a Jungler or a Support player, then you have more time to type. This means that you can use the information you’ve gathered from watching the minimap to lead the team. 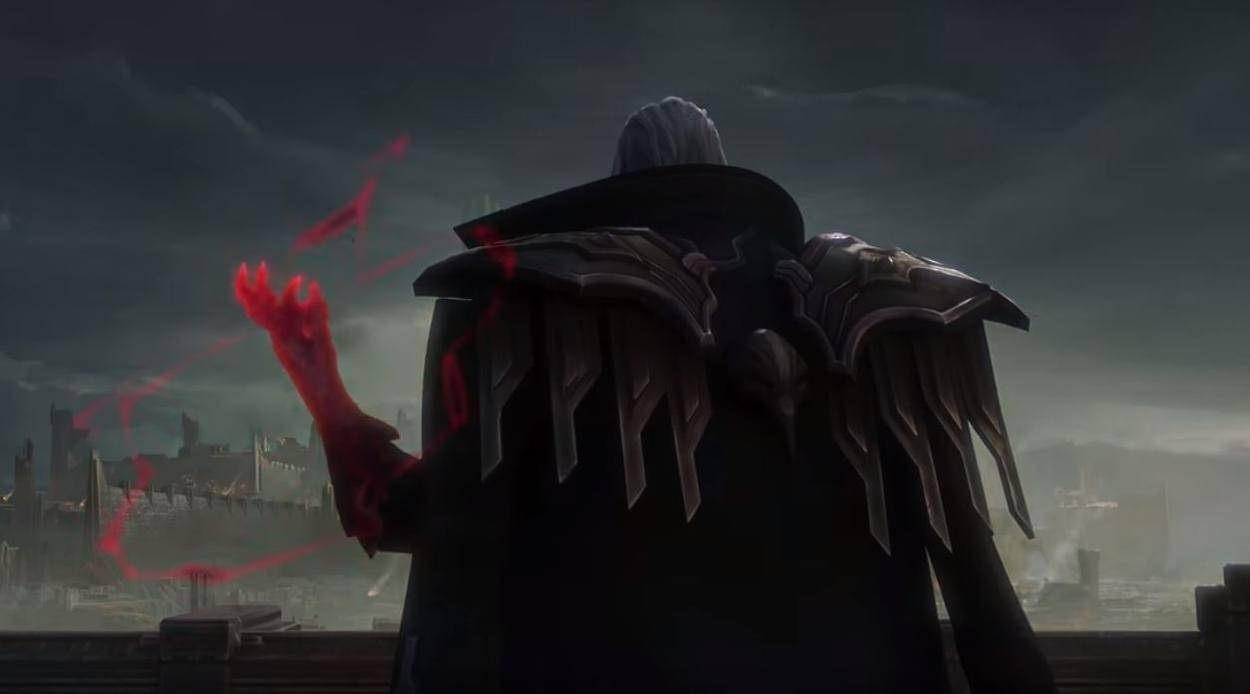 We all know what an inspiring leader looks like, but becoming one in LoL can be a challenge. It’s actually easier than you might think, and becoming a leader is guaranteed to make you a better player. You can’t lead if you don’t get the lingo though. If you’re a new player, be sure to read this guide about the language of LoL. It’s great for figuring out whether a teammate is being cruel or kind.

Killing a Dragon is much better than killing a Champion. Most of us know this, yet players continue to focus on getting Champion kills over all else. It’s not even just Silver this happens in either, we’ve seen it in Diamond and above. There are two reasons why this happens;

Why would you want 4 Dragons when you can have 4 kills? The obvious answer is because you want to win the game, but players don’t always think this way. They want to stroke their ego. Dragons make the team do better, kills make the players look better.

There are a handful of players who assume that kills are better than objectives. After all, real people control Champions. Dragons are just AI. A dragon won’t take your towers (RIP old Mordekaiser), and a Dragon won’t gank you.

Even though people tell them that kills aren’t that important, they’ve grown to believe it. They have spent countless games trying to get kills, and admitting that you’re wrong hurts. Video games, in general, also have a role to play.

Many LoL players come from a background of CS;GO, where killing your opponents was a massive part of the game.

Tell your team what to focus on. Better yet, lead by example; don’t tell them that you should take Baron, instead, ping “On My Way.”

Tell them that the mid laner has just recalled, so they should all push mid now while it’s open. You need to seem like you have a vision. Your team needs to back your plans 100%, so make sure you tell them what to do, and do it often.

Speaking of vision; you need to have it as a team, too.

“Control wards are too expensive, I can almost finish my boots!” We hear you say, but hear us out; Without wards, your chances of winning drop drastically.

Control wards last forever too, so if you place them at the entrances of your Jungle, you’re guaranteed to benefit from them. Eventually, the nosy enemy Jungler will come creeping around, and you’ll see him. He might even stop to destroy your ward. If he does, then you can use your cool new skills as a team leader to rally your allies and take him down.

Control wards are also essential when taking Baron/Dragon, or just clearing out enemy vision. Seriously, tell your team to buy some, and make sure you get a couple yourself.

Being a better person can also make you a better LoL player. If your Marksman is farming well, be sure to let them know you think so! If your Jungler is a good ganker, tell them.

Not only does encouraging your team make them feel good, but it makes them want to impress you. People are more likely to play well if it means gaining your approval – they’re also more likely to trust your decisions as the team leader.

You never want to make your team feel bad. If a teammate dies, tell them it’ll be okay. If the enemy takes Dragon, point out that their top tower is about to fall. Players who feel bad make bad plays. 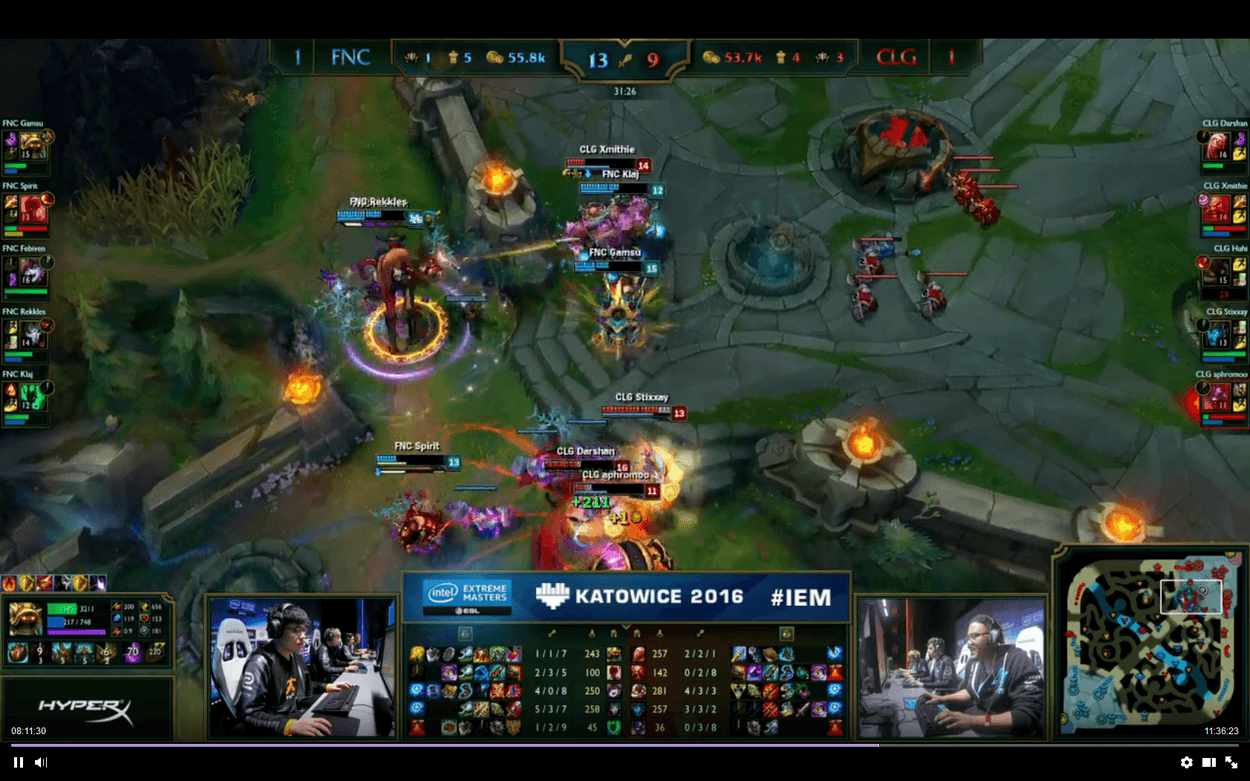 You might find the above picture to be a chaotic mess, but someone who is mechanically skilled will have no issue navigating that team fight. These skills are essential – it doesn’t matter how many of the things on this list you’re good at; without mechanical skills, you won’t get better at LoL.

What are mechanical skills though? They’re something often talked about, yet rarely understood.

These are a couple of examples of mechanical skills, and they all boil down to one thing; Good timing.

Mechanical skill is micro stuff; it’s pressing the right keys at the right time: You’ve just flashed an Ashe arrow, but here comes Lee sin to kick you back into it. Thinking fast, you root him in place, then safely walk back to your tower. Congrats, that took some mechanical skill.

Knowing that Lee Sin was ganking in the first place, and that he could knock you back? That’s macro skill. One is the knowledge that you need to do something; the other is the ability to do it.

The only way to get better at mechanical skill, is, unfortunately, to play more games. Don’t just play on autopilot though. Pick one of these skills and focus on it for that game.

It’s not unheard of for pro players to join custom games just to work on their last hitting. Although you don’t have to go that far, it can certainly help. In fact, we have a whole guide dedicated to making you better at last hitting.

As a final piece of advice; search for mistakes. If you can accept that you’re making mistakes and realize what they are, you’re already better than most LoL players. Follow these tips, and you’ll reach your desired division in no time!

Content Writer
Richard is our resident League of Legends player. He knows everything.
BUY SMURF ACCOUNTS BUY RARE SKINS
17/03/2020 • Richard Heimer
The Top 10 Best League of Legends Champions (April 2020)
17/03/2020
It doesn't matter if you're a hardened veteran or a brand new player - playing the best LoL Champions can vastly improve your game. How do you know what to play? Click here to find out.
Read more...
13/02/2020 • Richard Heimer
Which Role Should You Main In League of Legends?
13/02/2020
Deciding which role to main should be taken more seriously than deciding what to have for lunch - it will impact your entire play experience, after all! Fortunately, we can make things a bit easier.
Read more...
10/02/2020 • Richard Heimer
How To Create Comebacks In League of Legends
10/02/2020
We've all had those moments where it looks like we've lost. Every lane is feeding, and defeat is in sight. You can turn it around though, you can still win.
Read more...