You are here: Home / Blog / League of Legends Beginners Guide to Summoners Rift

League of Legends can feel daunting. The tutorial is rather lacklustre and the community don’t exactly make you feel welcome. It’s no surprise in a game of over 100 different champions new players can often be found looking for a League of Legends beginner’s guide. If you happen to have just started League of Legends then you have luckily stumbled into the right place. After reading this guide you’ll no longer struggle or feel overwhelmed.

League Of Legends Beginners Guide to the Map 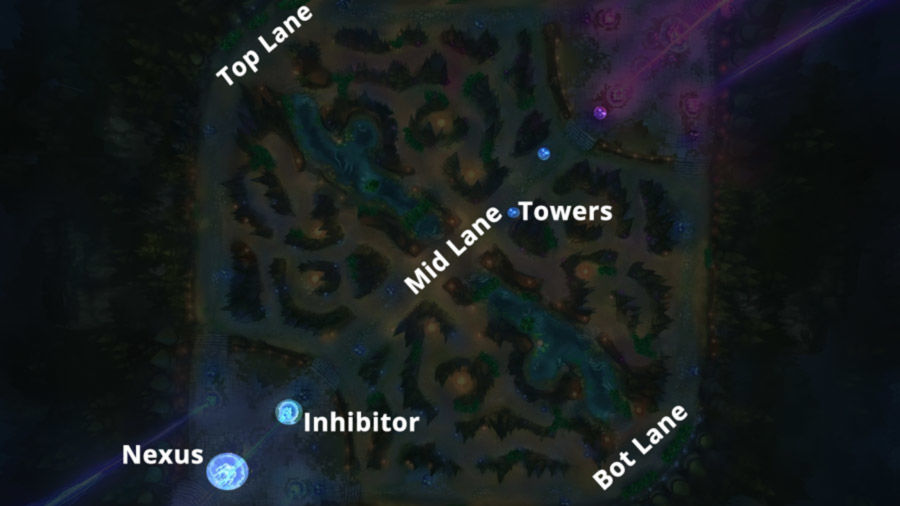 Let’s start with the very basics. The games for League of Legends take place on a map named summoner’s rift. This has three lanes and a jungle which connect the three lanes together. Your ultimate objective is to destroy the enemy Nexus but this cannot be achieved until you have destroyed all the structures in one of the three lanes. Now I’m sure you are wondering what is the purpose of the other two lanes if you only need to destroy one right? It’s because players can use the other lanes to level up their champions, earn gold, buy items and get stronger. League of Legends is a game based around explosive team fights but it’s also a game based on tactics and movement between lanes. This is called a rotation and you’ll often find teams can out-rotate their opponents with smart control of the minions in the lane.

There is also a river between the lanes. This is an easy way to travel quickly between lanes so you can help out your teammates who are struggling. If you go into another lane this is called a gank and it’s the primary job of the person playing in the Jungle position. A typical team structure would consist of one member in the top lane, one member in the mid lane, one member in the jungle and two members in the bottom lane. If you are new to League of Legends you should definitely avoid the jungle and focus on the lanes first. There are also two neutral Objectives on League of Legends which are located in the circular pits off the river. These are epic monsters which will require your entire team to take down but reward powerful buffs. They aren’t required to win the game but they certainly help. 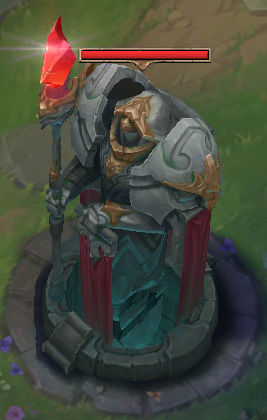 Uh oh! Who’s this? It looks like the enemy tower! You better watch out because you can’t go under this without friendly minions nearby. If you get attacked by one of these things it really hurts. When your minion wave heads under the tower its defence is weakened and you can attack it. Repeat this a few times and you’ll have the tower destroyed in no time. It would be super easy right? If there wasn’t an enemy champion in your lane stopping you from pushing the minions. To make it worse their tower will protect them if you damage them nearby so make sure you don’t hit the enemy champions under the tower unless they are really low HP and you have enough to survive the tower shots. Here’s a quick prioritization of towers:

If you do find yourself being attacked by the tower then don’t worry! Just simply walk out of the range and it will go back to the above order. 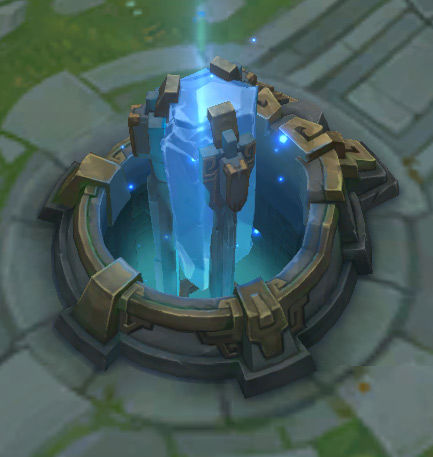 Hey that’s a pretty cool looking tower right? Wrong! It’s not a tower at all. This is actually an inhibitor and you’ll find them at the end of the lane after the three lane towers. These things inhibit super minions from spawning. Super minions are minions which are stronger than normal minions (hence their title) and will cause lanes to push towards the enemy Nexus unaided. Once you’ve destroyed an inhibitor these guys will spawn once every wave which can allow you to manipulate enemy movements around the map and out-rotate your opponents. Don’t worry if you lose your inhibitor though – It will respawn after 5 minutes. 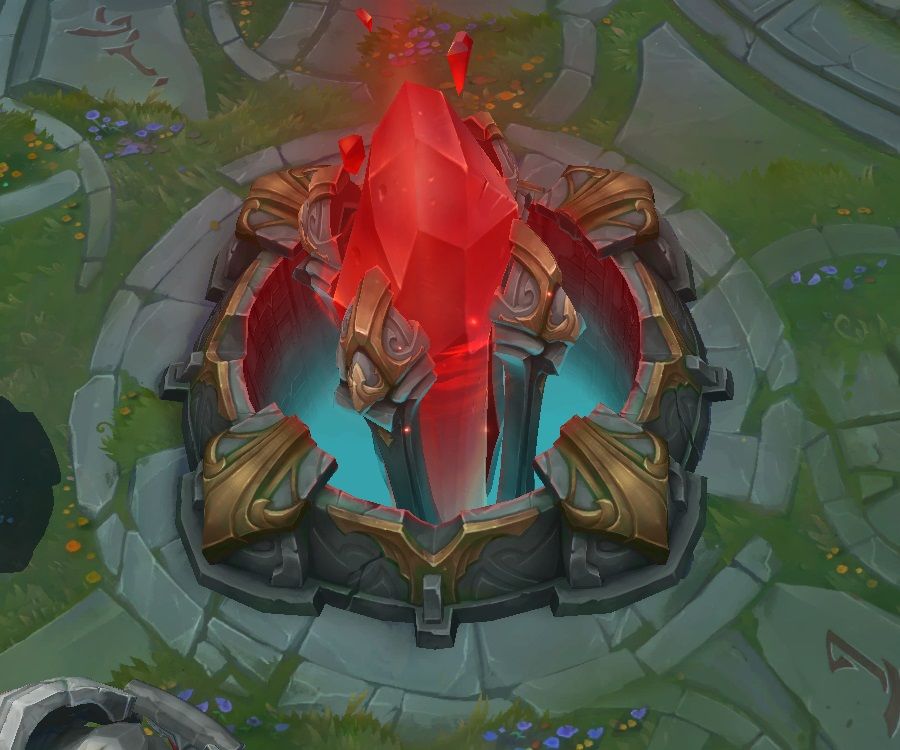 This giant crystal is the ultimate goal for your team. It’s called a Nexus and if you destroy it you win. It doesn’t attack you but it’s guarded by two of the strongest towers in the game. Once these towers are destroyed the Nexus is considered ‘Open’ and you can literally walk in to destroy it without any minions. If the enemy team are busy at another location of the map and you successfully sneak in to destroy this structure without their intervention then you’ll have done a tactic known as a ‘back door’ and you might get called xPeke after the famous backdoor he did back In IEM.

There are four types of minions in League of Legends and you’ll need to know all four. They spawn in waves of 6 (Except when a siege minion is included or when an inhibitor is down) once every 30 seconds. This consists of three ‘melee’ minions and three ‘caster’ minions. Minions will get stronger throughout the game and deal increased damage to turrets but reduced damage to champions. They simply walk in a straight line until an enemy target is acquired but they will focus other minions over champions, except when you damage the enemy champions nearby similar to that of a tower.

You’ll want to kill enemy minions to gain gold and experience. You’ll only gain gold if you did the last damage to that minion so you’ll need to make sure to get the killing blow. This is called ‘last hitting’ and is the main technique used to make your champion stronger. The priority for last hitting should be the following:

There will be some words used during your games that you don’t fully understand. We’ve tried to compile a list of as many as we could here but a quick Google will usually help you find any terms you don’t understand.

Pushing: Attacking minions before you last hit so your minions take less damage and the lane moves towards the enemy turrets.

Freezing: Killing the minions in such a way that the lane is held exactly where it is. This is a difficult technique to master but is very powerful.

Farming: The action of killing minions repeatedly for gold.

Free Farming: Farming in a lane without an opponent.

Proxy Farming: Killing minions before they get to the current outermost turret. This is specifically used by champions like Singed and denies the opponent ever getting any minions to your turrets. It can also make last hitting very difficult for them.

Split Pushing: When you go to another lane and avoid grouping with your team to push that lane. This causes the enemy to split up and fragment.

Tower Dive: When you kill an enemy champion under the turret. This is risky because the turret will do a lot of damage.

Ultimate: The final ability of your champion (default binding R) which is usually a high cooldown but high damage/utility spell.

B: Stands for back or recall. This is when you go back to base and is keybound to B.

Crowd Control: Abilities that limit the opponents movement or actions through stuns or slows.

Jungling: The action of killing the neutral minions in the jungle camps.

Smurf: Someone who is usually a highly skilled player but is currently playing on a lower skilled account.