The Best League Of Legends Jokes

You are here: Home / Blog / The Best League Of Legends Jokes

Just note that we aren’t going to be held responsible for any friends that dislike your League of Legends jokes so much that they aren’t your friends anymore. 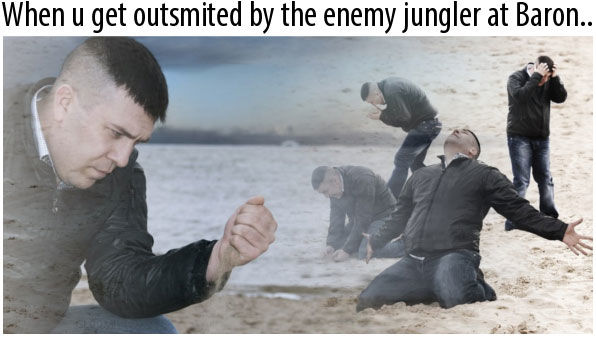 Not everything in League of Legends is suitable for all parts of the family. Imagine the horror on the face of your elders if they could see the insults thrown around on the rift? Well it’s okay because here are some League of Legends jokes that you won’t mind telling your parents at the dinner table. Just remember that your parents are old so the last time they played computer games they probably used floppy disks.

Q: What do you call a missing Warwick?

Q: What do you call a game-winning laser?

Q: Did you hear what happened to Singed's Twitter followers?

A: They all died.

Q: What do you do to a toxic Zyra?

A: You repot her!

Q: Why is Twisted Fate an illegal immigrant?

A: Because he doesn’t have a green card!

Lee Sin walks into a bar… and a table… and a chair.

Q: What do you call Kennen when he is stunned in Lightning Rush?

A: She can only spell shield!

Q: Why did Fizz fall off his pole?

A: Because he’s so unbalanced.

I heard Yorick has a crush on a certain ADC. He really digs graves.

Yorick walks into a bar. There’s no counter.

Q: How many bronze players does it take to screw in a light bulb?

A: Who knows – They can’t climb the ladder.

A Korean boy killed his best friend after losing three games in a row in League of Legends. The media are currently blaming the Jungler.

Q: Why is Yasuo never locked out of his house?

A: Because he always Hasaki! 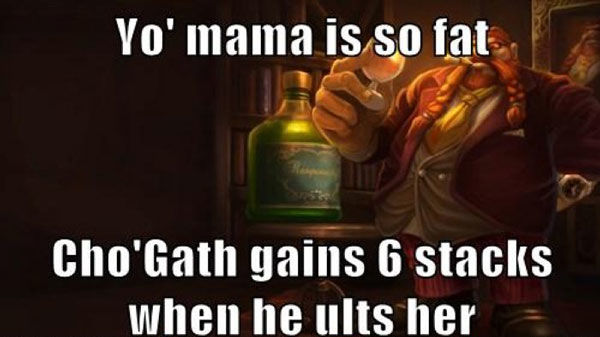 Q: Why did the manaless Syndra run from the teamfight?

A: She didn't have the balls!

A: He can’t be disabled.

Q: What do you call Annie after first blood?

Q: Why was Caitlyn pulled over on the highway?

A: She was going AD miles per hour.

A few moments Later
Q: Why was Lucian pulled over on the highway?

A: Because the racial issues in the United States have reached a fever pitch.

Q: Why did Riot take off LeBlanc's silence?

A: So she can hear the screams of her enemy as she one shots them 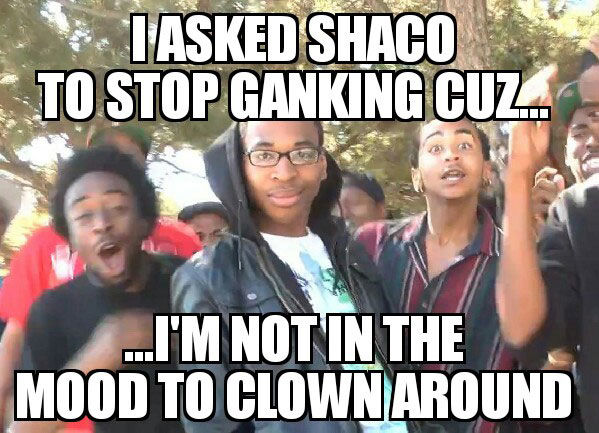 Q: Why did Sivir lose the spelling bee?

A: She could only spell shield!

Q: How does Janna shield her allies?

Q: Why does Viktor make a great support?

A: Because he always has a spare helping hand!

Q: Why does Viktor always win his lane?

A: Because he always has the upper hand!

A: Because no one would peel for him.

Q: What do you call a Malphite getting a double kill against Azir and Anivia?

A: Killing two birds with one stone.

Q: Why did Fiddlesticks the Scarecrow get promoted?

A: Because he was outstanding in his field.

Q: Why does a chef love cooking for Ekko?

A: Because he always goes back 4 seconds.

Q: What do you call a fizz that builds Zonyas?

Q: Why does Teemo live in a small house?

A: Because he doesn’t need mushroom. 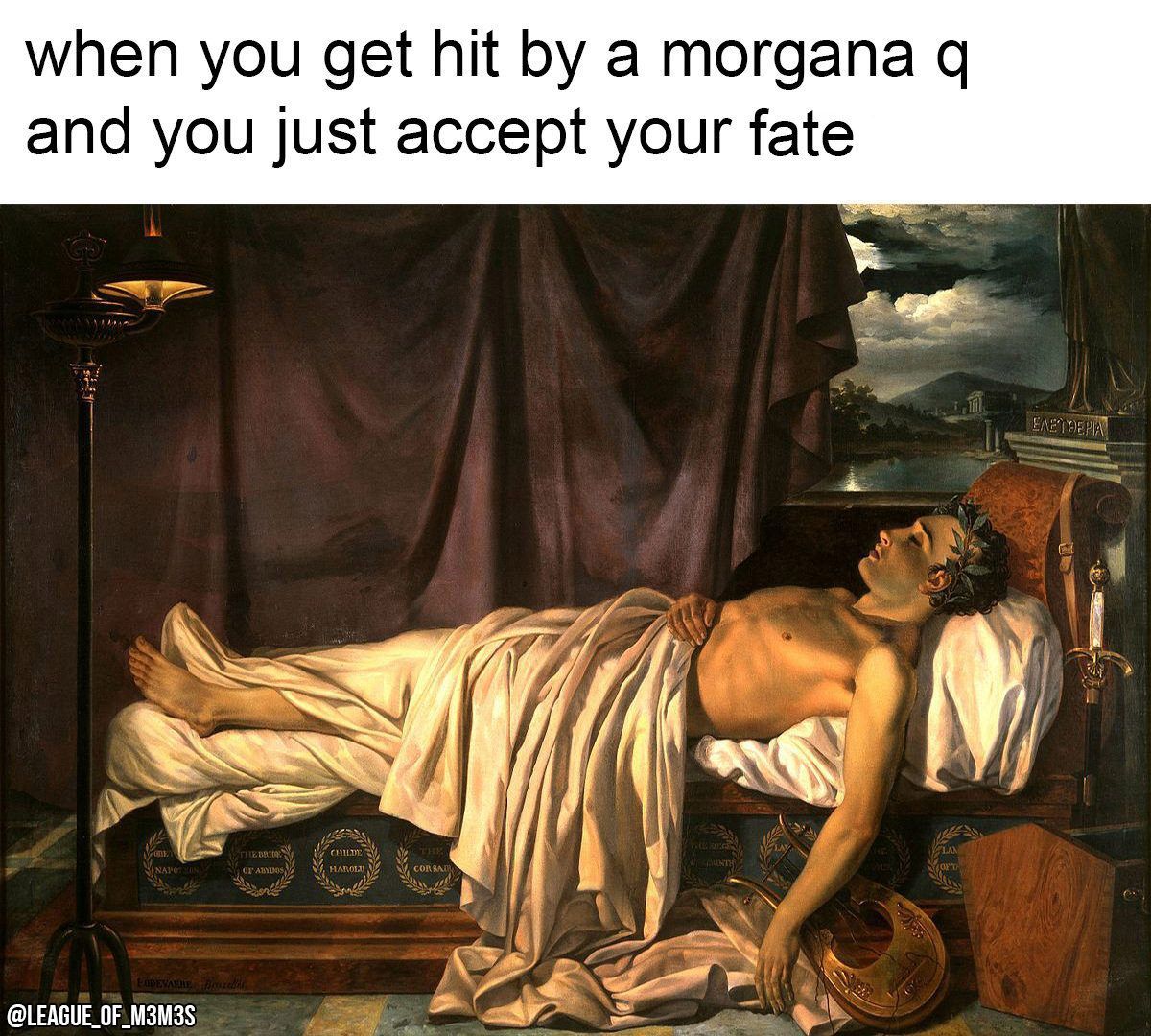